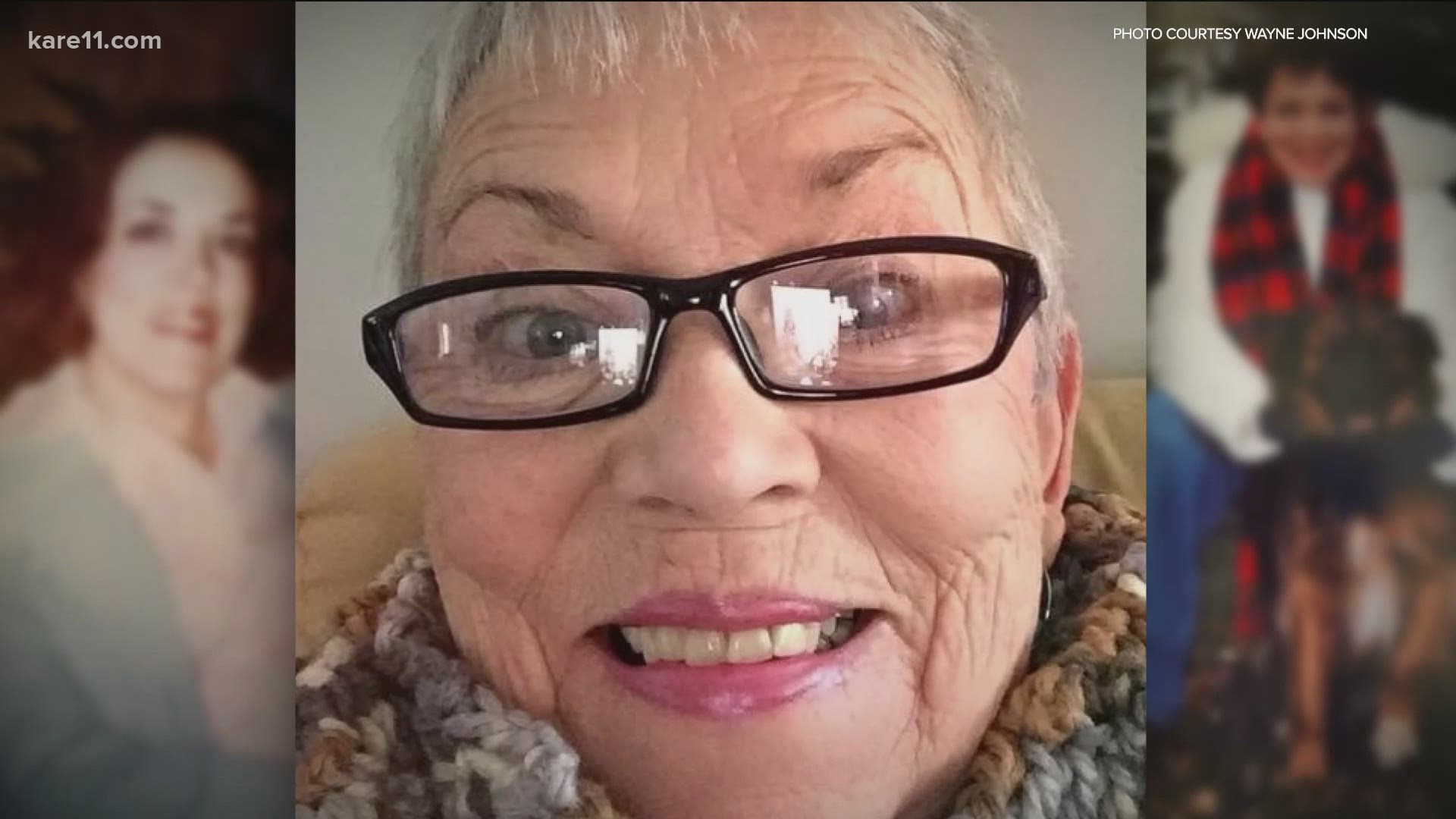 RED WING, Minn. — For some families, it's their first holiday without their loved ones, like Wayne Johnson who is from Red Wing. He wanted to share the story of his mother Barbara, whose death he says was tragic and preventable, in the hopes people act responsibly today and in the future.

Born in St. John's, Newfoundland Barbara Johnson emigrated to Minnesota in the 1940s where she graduated from Southwest State University. Wayne says she spent her long career in human services - a passionate advocate of the disadvantaged and marginalized.

"She was four foot ten, but she packed so much into a tiny package and we absolutely admired and adored her," said Wayne who said Barbara was also called Grandma Pixie.

The healthy 75-year-old thought she was coming down with a cold at the beginning of November. Only a week later, on Nov. 8, she passed away from COVID-19.

"She was active, as she'd always been, but it took her quickly," described Wayne, who says he's grateful to have said goodbye to his mother in person - and for her last bit of advice.

"Her last words before passing were I love you, but shortly before she turned to us, knowing it was upsetting for us and said, 'Hunnies, don't be crabby,' and it was just such wonderful mom wisdom."

She's also being remembered for her humor, laughter and delicious pies. Wayne's large family isn't gathering this Thanksgiving as he copes with grief he wishes no one else has to experience.

"I can't begin to describe the loss, but there's so much to hang on to and fill our hearts with," said Wayne lovingly. "And I think gratitude is how we find happiness in general."

Wayne's ascent to acknowledgment is mixed with sorrow - the preventable nature of his mother's death only eased by the lasting legacy that Barbara will leave behind.

"Hold your loves ones near and do what you need to do to be safe so we can celebrate other Thanksgivings," said Wayne.

Due to the pandemic, the family will have a celebration of her life next summer. According to her wishes, Barbara's family will return her ashes to her family home in Upper Island Cove, Newfoundland.