Two brothers in Pearland have started a nonprofit to spread joy to kids through this pandemic and help their community at the same time. 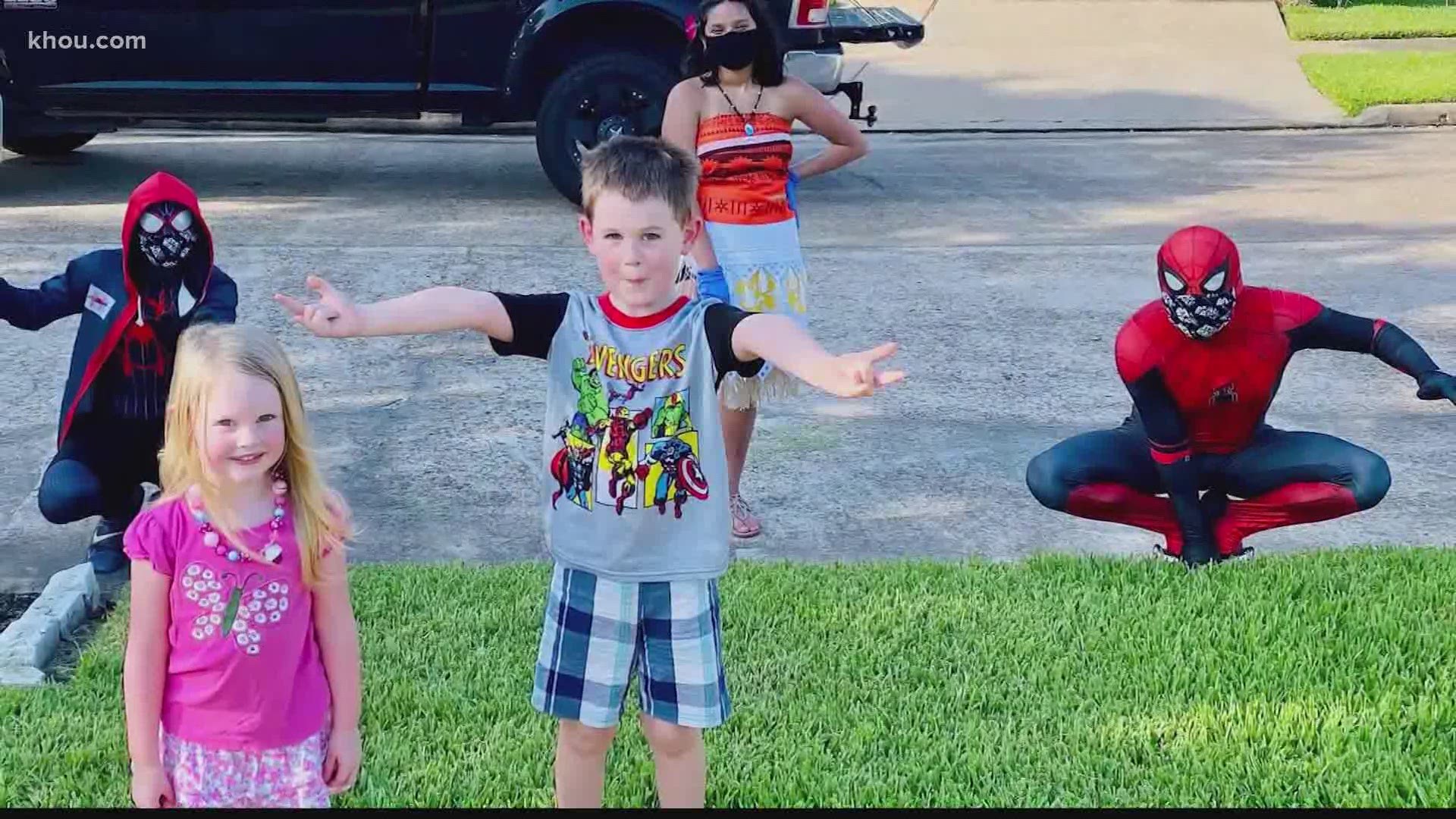 PEARLAND, Texas — In a time where celebrating feels a bit less colorful than we’re used to, three teens in Pearland are doing what they can to brighten the days of children, one superhero visit at a time.

At the start of July, identical twin brothers Isaiah and Stephan Torres started the non-profit Drive By Heroes. They visit kids, from afar, dressed up in superhero costumes for special occasions.

The Drive By Heroes, teens cheering up kids during the pandemic while collecting food donations for their community. Super impressed by what these seniors in HIGH SCHOOL are doing in Pearland. Full story tonight on #KHOU11 at 10. pic.twitter.com/Oxq1BhpkqX

“We were just sitting around thinking about how we could help out people adjust to this new lifestyle,” said Isaiah Torres.

They get a lot of birthday requests, but they’ll drop by on request for other reasons, too.

“There are also cheer ups,” Stephan said. “We just cheer up kids who are down because they are stuck inside all the time.”

The community can book a visit on their Facebook page, and the Drive By Heroes come out free of charge.

Their friend Jasmine Saenz helps, too.

“It was such a good idea and it was such a charitable thing to do, just to get out of the house ourselves, but also bring joy to other people," Jasmine said. “It was just such a nice feeling.”

Their good deeds don’t end there. Although they offer a free service, they do ask for food donations which they give to the Pearland Neighborhood Center. PNC says they’ve seen their needs double since the pandemic began.

According to Debbie Rubestello, executive director of PNC, in less than two weeks, these teens have donated nearly 2,000 pounds of food.

The drive-by heroes serve as reminders that not even a pandemic can stop the good guys.

“Everyone can make a little difference in their community,” Isaiah said. “Even during this time, we are still all connected.”

For more information about the Pearland Neighborhood Center, click here.

For more information about the Drive By Heroes, click here.

RELATED: Neighbors can't get enough of this Cypress father/son duo using social media to teach kids how to cook

RELATED: Children's immune system may hold key to why adults are more susceptible to COVID-19