"(The president) is at high risk, and he is reportedly having symptoms...gives me pause as to whether he should just be monitored at home at the White House.” 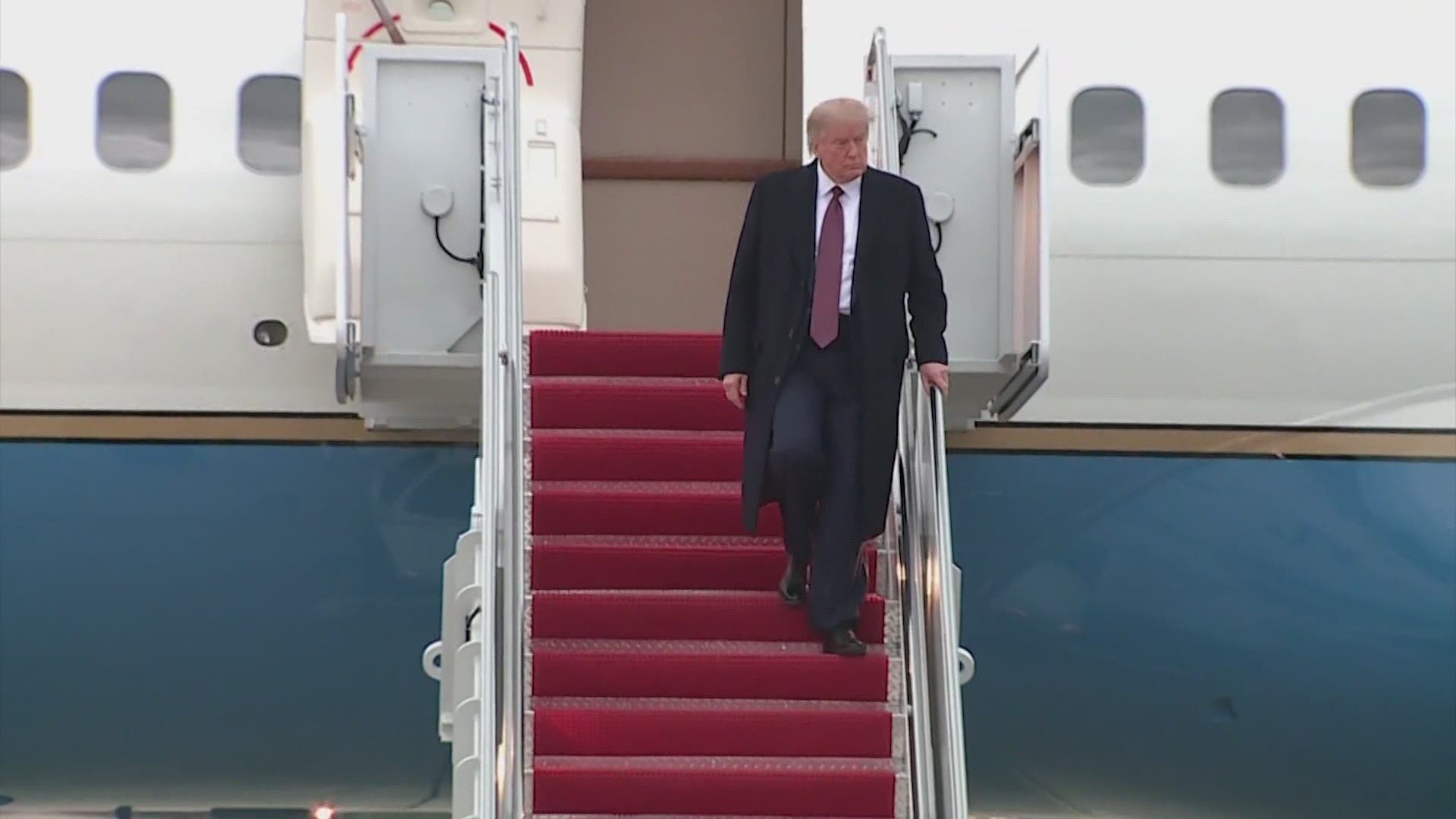 HOUSTON — President Donald Trump will spend the next few days at Walter Reed National Military Medical Center for tests and monitoring after testing positive for COVID-19.

That was the recommendation by Baylor College of Medicine virology and vaccine expert Dr. Peter Hotez several hours prior to the announcement. KHOU 11 reporter Shern-Min Chow had several questions for Dr. Hotez about the president’s condition.

Chow: “Are you surprised the president has COVID-19?”

Dr. Hotez: “The president has been pretty out there in the public domain and unfortunately seen not wearing a mask. So no, I think this is not unusual, and unfortunately, we are seeing this too often among a number of public figures now.”

Chow: "Can we talk about contact tracing? How effective is that given that he's been in 4 states and had several campaign rallies in the past week?"

Dr. Hotez: “It’s going to be pretty daunting because it’s such a highly infectious virus. The other thing we don't know is how the president got infected. Press reports are around Hope Hicks, one of his advisors. I don’t think we really know that. It’s equally plausible that the president gave the virus to Hope Hicks."

There are new reports this week from Science Magazine showing about 70 percent of people with the virus don't transmit it at all. Most of the transmission comes from a few people that are super spreaders and we don't know basis of that. A lot of them may be young adults.

On the president’s vulnerability to COVID-19 impacts, Dr. Hotez said, “He is at high risk, and he is reportedly having symptoms, which the press is reporting, gives me pause as to whether he should just be monitored at home at the White House.”

Chow: “If I understand you, if you were his doctor you would say, ‘Go to the hospital?'”

Dr. Hotez: “His risk factors, his age (74), his comorbidities (weight), risk of sudden death, I would feel more comfortable if he were monitored at Walter Reed Army Medical Center.”