Locked out: Doctors forced to treat patients in parking lot after The Heights Hospital fails to pay rent

According to a note on the doors, the tenant was about $1 million behind in rent. 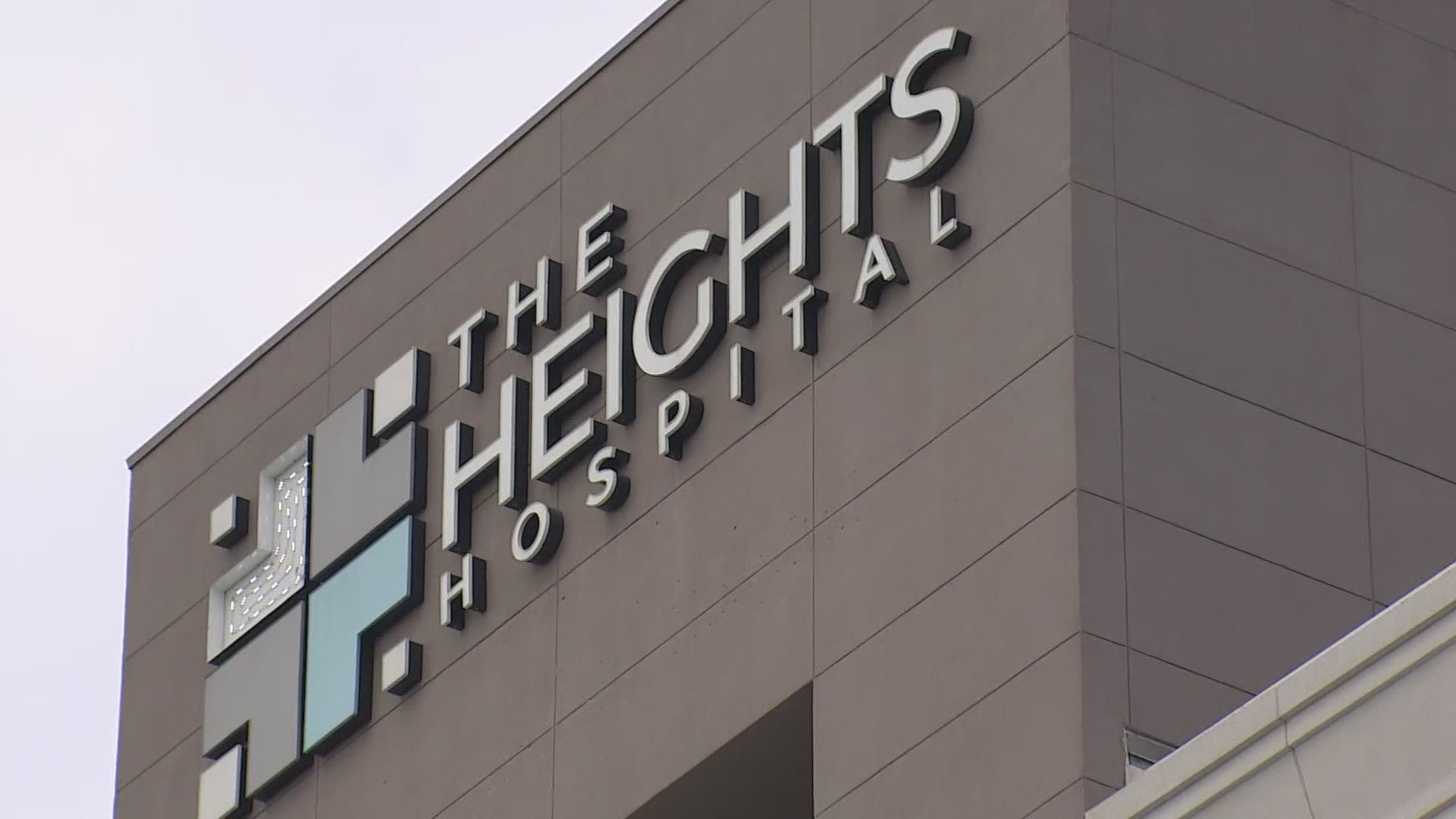 HOUSTON — On Monday, doctors and patients at The Heights Hospital arrived to find a baffling scene. They were locked out and a note on the door said the locks were changed because the tenant owed about $1 million in rent.

"Please be advised that the door locks to the leased premises have been changed and tenant shall be excluded therefrom due to non-payment of rent," the note read.

“We showed up around 8 this morning, myself and my staff, to get ready ... we were told we were not allowed in the building anymore,” family physician Dr. Felicity Mack said. “We weren’t given notice to take care of our patients and let them know so I’ve got patients that continue to show up today that I was supposed to see.”

Mack said they had to resort to alternatives in order to take care of their patients.

“I’m treating patients out in the parking lot so that at least we can get them some sort of care,” Mack said. “But we really just want to be able to care for our patients.”

Here's a look at more of the wording that was in the letter on the doors:

Rep. Sheila Jackson Lee said no one answered the doctors' pleas to get inside to serve their patients. She said they also weren't allowed inside to retrieve their belongings.

"It’s ironic that in the middle of the pandemic of COVID-19 when one of the patients locked out was a COVID-19 patient, that this dastardly act of confusion would occur," Jackson Lee said.

The Congresswoman said the action was taken by a management company that the hospital had hired. She's hoping the problem is resolved soon.

"My understanding is that the hospital, recognizing what it had done, is meeting with the management company at 4:30 p.m. today to resolve helping the doctors," Jackson Lee said.

She said there may be some repercussions due to the interruption of medical care. She also said she will "be looking into any procedures that the hospital did not properly follow and the response to such on behalf of the doctors and patients."

"Patients and doctors should not have to suffer in this way,” Jackson Lee said.

Some outpatients showed up for treatment and were surprised to find the doors locked.

“Something about the bills not being paid,” patient Milo Johnson said. “That’s all I know.”

Johnson showed up for his scheduled wound-care appointment.

“I come here twice a week for wound care ... without it ... kind of set me back a little bit,” Johnson said.

KHOU 11 reached out to the bankruptcy attorney listed on the notice but has not received a response.