A Houston food rescue group is offering free meals to restaurant and hotel employees out of work because of the COVID-19 pandemic. 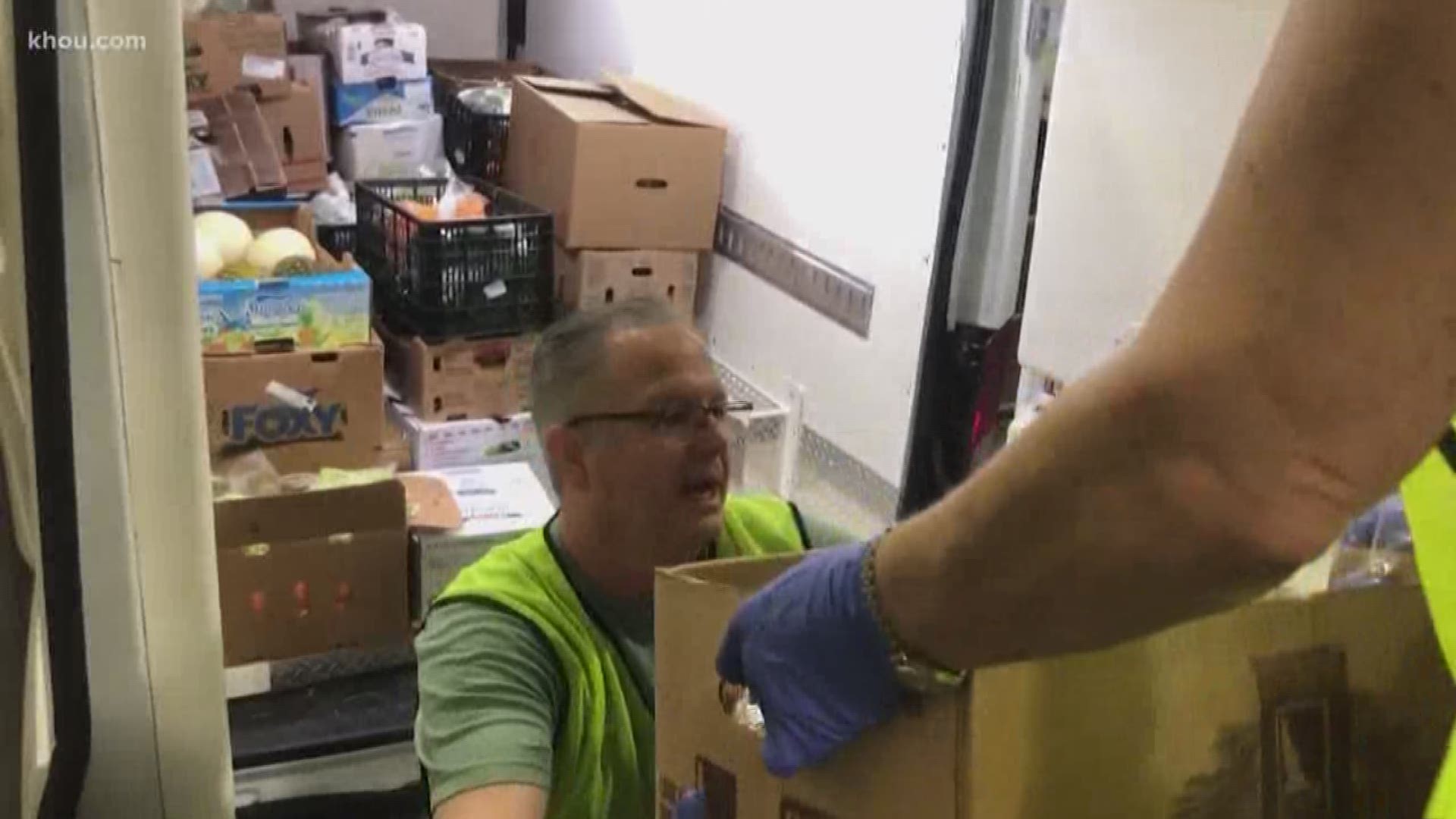 Some of Houston's top chefs have been busy cooking up 10,000 meals to feed their out-of-work colleagues in the hospitality industry.

They teamed up with Second Servings, a food rescue group, to launch the "Dinners on Us" program.

The chef-prepared meals will be handed out from 10 a.m. to 2 p.m. every Tuesday and Thursday.

There will be four drive-thru distribution lines set up along Avenida De Las Americas near Minujte Maid Park and the George R. Brown Convention Center.

Each box of food feeds a family of seven.

Anyone who picks them up will need to show a paycheck stub or some other proof they are in the hospitality industry.

Second Servings staff and volunteers have been busier than ever rescuing food that would otherwise go to waste and giving it to those in need.

“That’s actually equivalent to over a million dollars’ worth of food,” Kristen Torrez  of Second Servings said. “It’s been incredible.”

From produce to cooked meals, right now majority of the food is being donated from hotels and large venues impacted by COVID-19.

"Now with business closing, there's even more food out there,” she said.

They're perfectly edible meals that would otherwise be thrown away. But with the good comes the bad.

"We're thankful that we can get that food to charities who need it, but we definitely feel for those people who are losing their jobs and having to get rid of all the food they just stored their fridge with,” Torrez said.

Among the charities teaming up with Second Servings is The Beacon, a homeless outreach organization that passes out sacked lunches each day on Prairie Street.

"It's been really great to make those connections,” Torrez said.

Connections that prove even during the most challenging times, we’re all in this together.

"We're happy to serve our community and do the best we can,” Torrez said.