According to January Advisors, 97 eviction cases were filed on Tuesday and 142 on Monday. 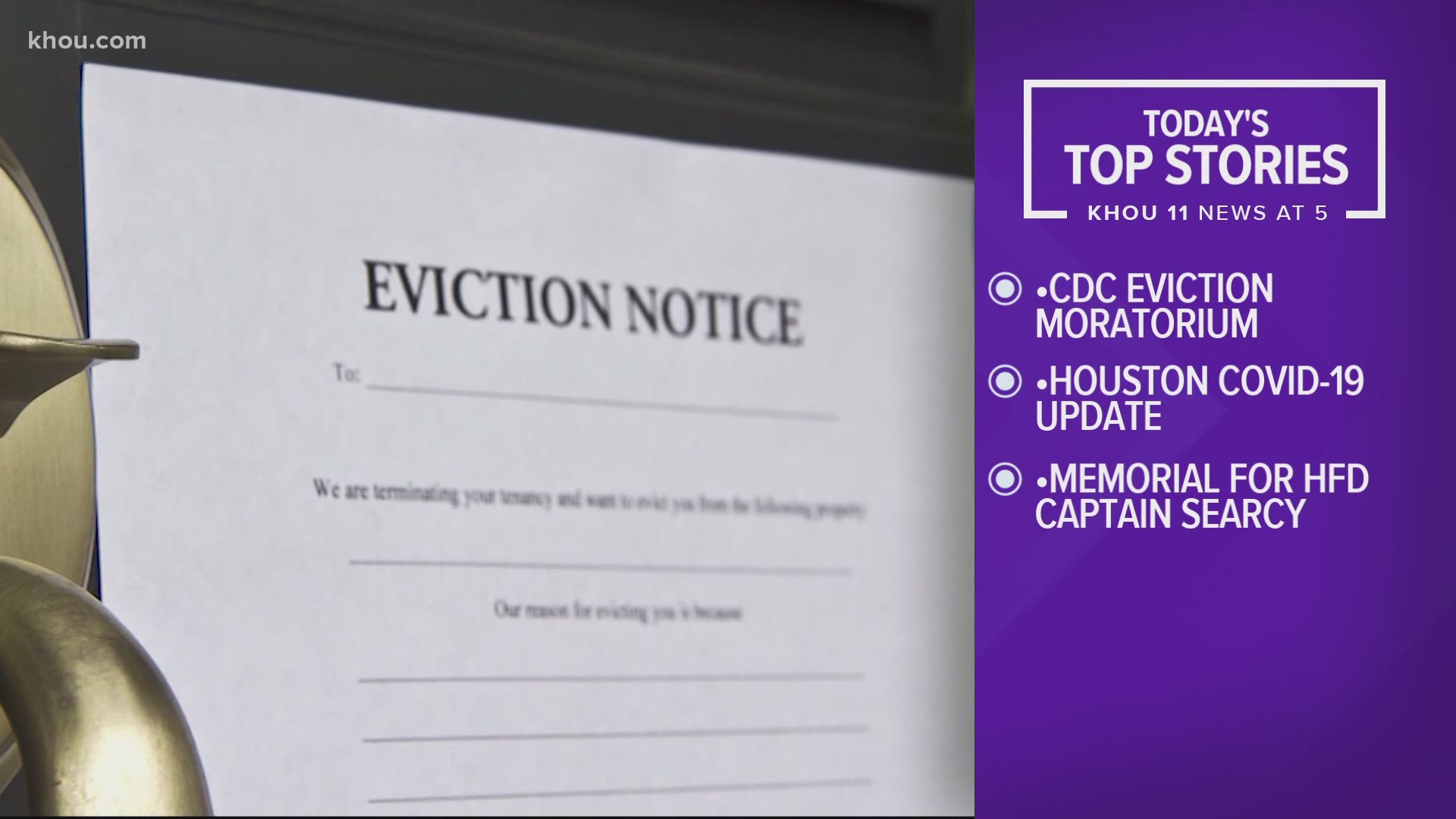 HOUSTON, Texas — Even with the CDC’s temporary halt, eviction cases are still being filed in Houston.

The CDC order on evictions has been in effect since Sept. 4. It's a temporary halt to keep COVID-19 from spreading.

And while it’s working in some courtrooms, Karni says it’s not in others..

“We’ve some cases where the CDC order in the very same court did not work, and so it’s really a mixed bags," Karni said. "We’re seeing results across the spectrum."

And numbers from January Advisors prove eviction cases in Houston are still being filed: 97 cases Tuesday and 142 on Monday.

Am I eligible for eviction protection?

To be eligible for the CDC protection, renters must:

“There is a presumption that for now, at least, the CDC order is what controls, and if a tenant provides a signed declaration to their landlord, that is sufficient to halt the eviction case," Karni said.

Karni says when you give the signed declaration to your landlord, find someway to prove that happened.

“Record that for instance with your cell phone. You are allowed to record your own conversations in the state of Texas, you don’t have to ask permission," Karni said.

If you need further help, Lone Star Legal Aid is a great resource.