Here's why the Delta variant is more dangerous than other versions

When you take a closer look at the Delta variant, it doesn't look all that threatening, but don't be fooled. It's actually way more contagious than other versions. 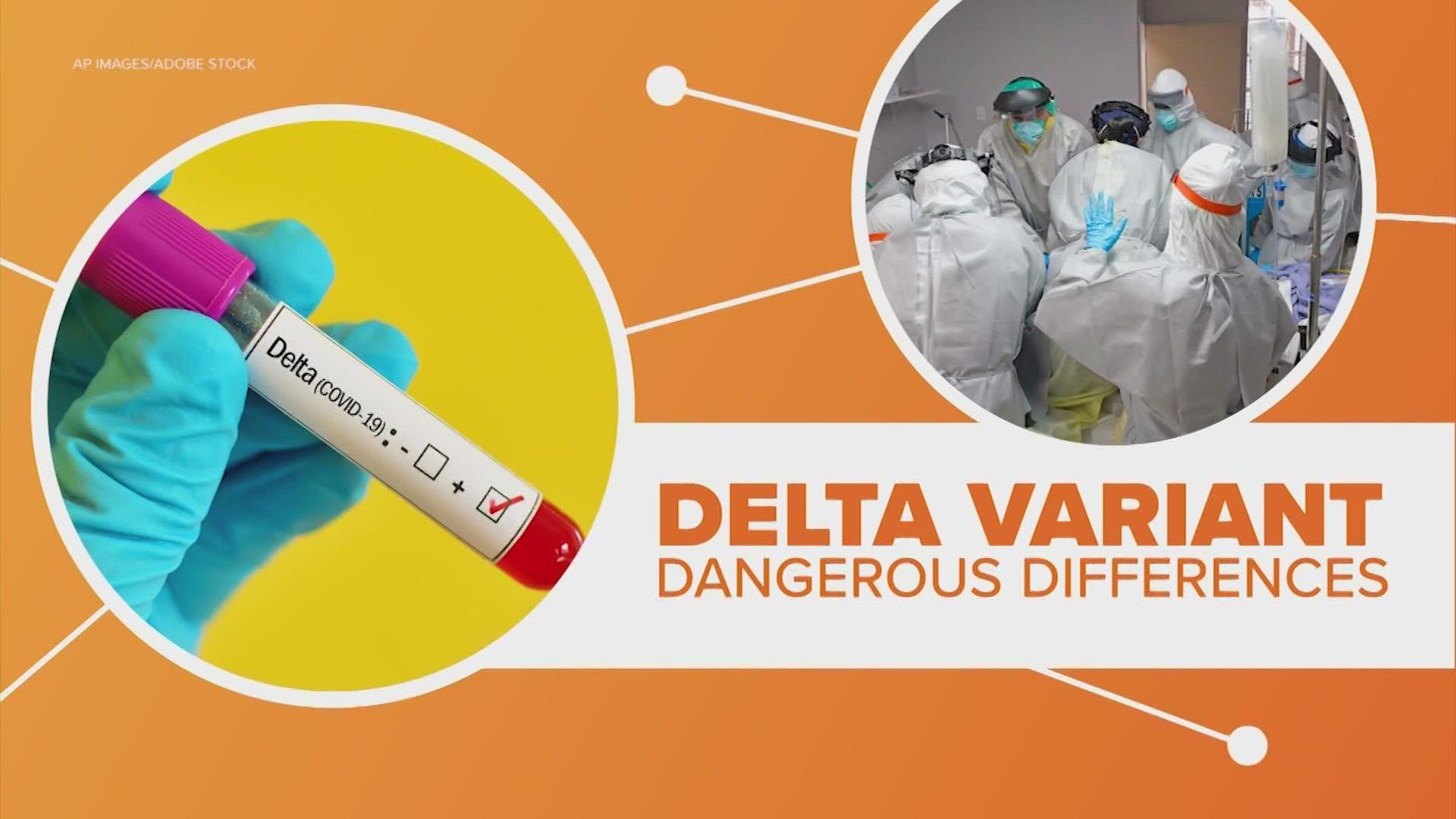 The Delta variant continues to race across the U.S., but what makes this COVID mutation more dangerous?

When you take a closer look at the Delta variant it doesn’t look all that threatening. It actually has fewer genetic changes than earlier versions.

But what it does have makes it very good at spreading from person to person. That includes creating an incubation period of four days instead of six, so people are contagious earlier.

For more news on the Delta variant, click here.

What mutations does delta have?

It also has another one that appears to increase the viral load in patients, which would explain why people with Delta have a thousand times more of the virus in their respiratory tract.

Scientists don’t believe the Delta variant is any more lethal than other COVID mutations, though. The severity of the disease people are suffering is similar to the original strain. But that doesn’t mean it is not more deadly.

Because it can infect so many more people, and quickly, we may see higher death tolls.