Cases of Delta variant have nearly doubled at Methodist Hospital over the last week, officials say

The hospital reports the Delta variant of COVID now accounts for 40% of new infections in their patients. 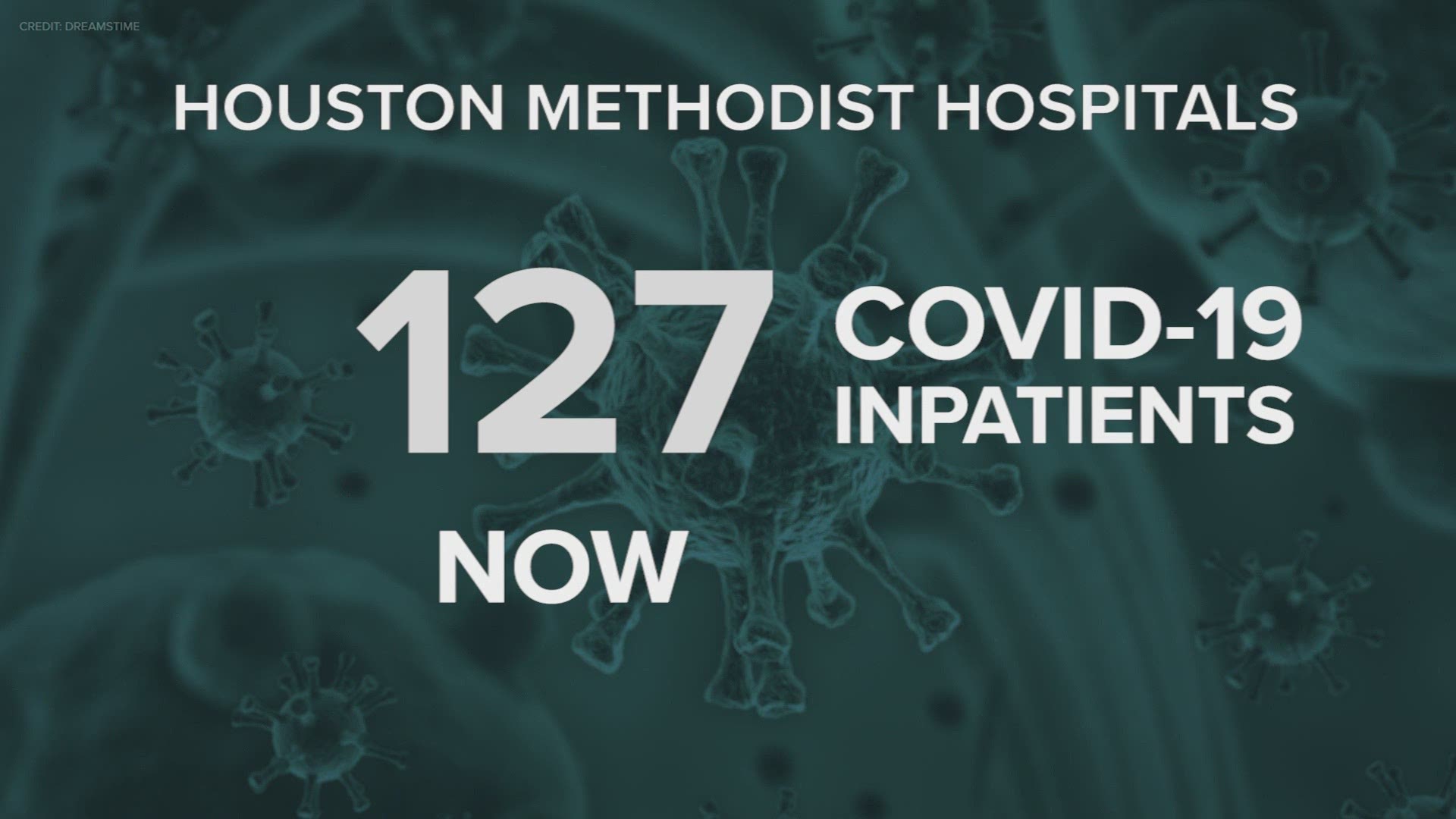 HOUSTON — The number of Delta variant COVID-19 cases at Houston Methodist has nearly doubled over the last week and is six times higher than in May, according to hospital officials.

The most recent genome sequencing data through the end of June show the Delta variant in their patients is now at 42%, up from 20% reported last week, hospital officials said.

Hospital officials said the Delta variant has now surpassed the Alpha variant, which had been the dominant strain in Houston since March 2021, but now presently accounts for 40% of new infections in their patients.

Houston Methodist has seen 139 Delta cases through June 28 and reports a 41% increase in total cases in the last two weeks.

Concerning info about the Delta variant from @MethodistHosp:

Delta now makes up 42% of cases, which is more than double the week before.

Another stat is moving in the wrong direction again too. Hospitalizations at @MethodistHosp are up 41% in the last 2 weeks.#KHOU11

RELATED: Symptoms for the delta variant are different from 'classic' COVID-19 symptoms. Here's what you need to know.

Currently, there are 127 COVID-positive patients admitted as inpatients in their hospitals, increased from Sunday’s 107 and last week’s 86.

The hospital’s team of infectious disease pathologists, who sequence the genome of every positive COVID-19 strain throughout the hospital system, have calculated the doubling time of the Delta variant to be 7.5 days.

They said statistical models predict the Delta variant will plateau at 92% of all new infections within the next couple of weeks.

Hospital officials said this pattern in Houston is similar to what was seen with the Alpha variant here and in the UK earlier this year, and more recently with the Delta variant in the UK.

They stressed the urgency of increasing vaccination rates to reach herd immunity. They added that it is the only way stop these variants from spreading and to prevent new variants from forming.

Experts advise unvaccinated people to continue masking, social distancing, avoiding large crowds, maintaining hand hygiene and other COVID-19 prevention measures to protect themselves and their loved ones against Delta.

Research shows the vaccines work well against the Delta variant and almost all infected patients are unvaccinated hospital officials said. While some new studies say the vaccines used in the U.S. have reduced efficacy against infection with Delta, they remain highly effective in preventing serious illness and hospitalization.