Four months after testing positive for COVID, Colby Vondenstein, 24, walked out of the hospital. A double lung and kidney transplant saved the young father's life. 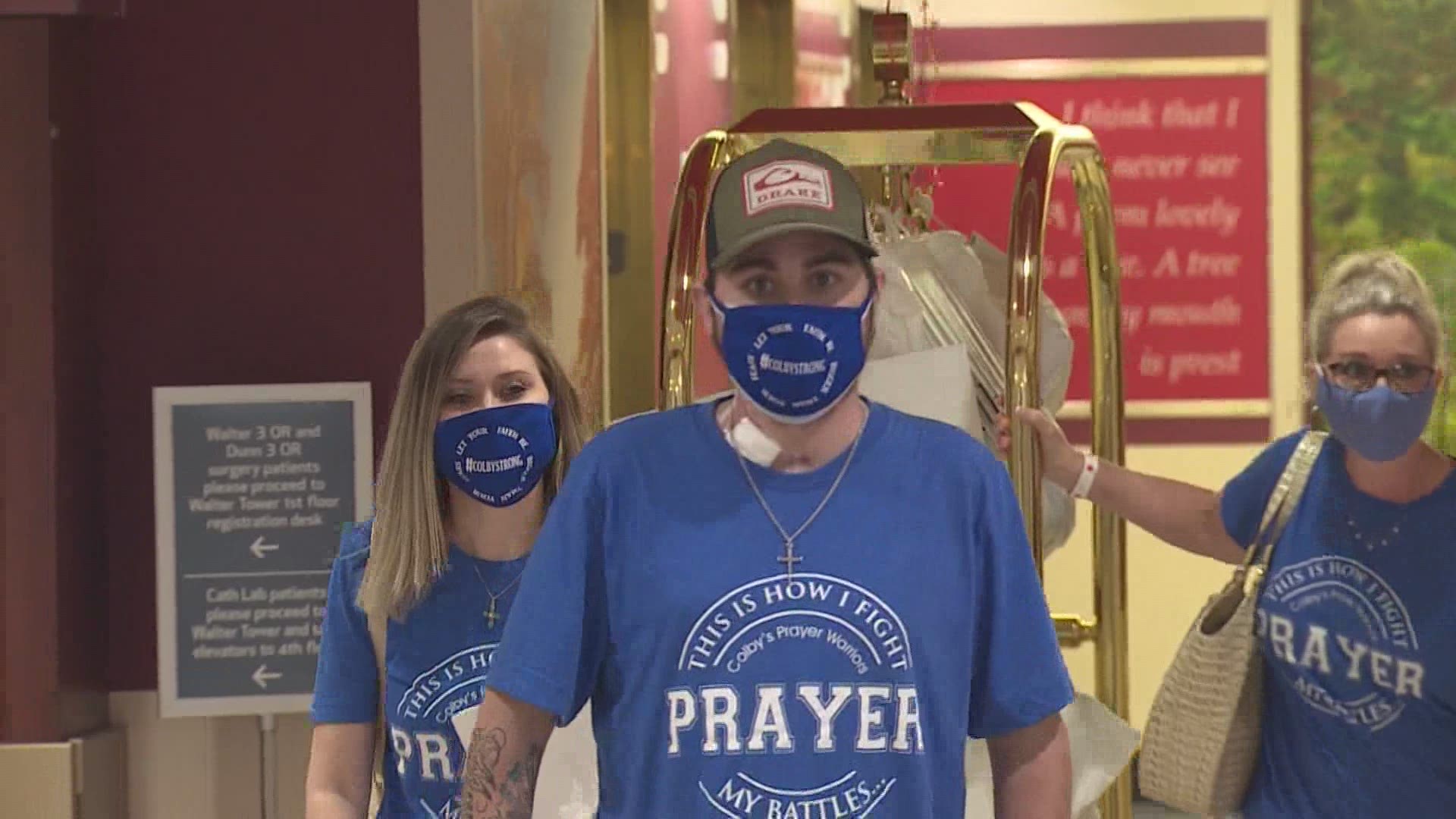 He's a COVID-19 survivor and he's making big strides in his recovery.

For the last couple of months, we have been following Vondenstein's journey. He and his family all tested positive for COVID after Christmas.

The 24-year-old father has been in the hospital fighting for his life since January.

On Monday, he walked out of Houston Methodist Hospital.

He had no prior health conditions, but the virus wrecked his world. Since the beginning of the year, he's had a double lung transplant as well as a kidney transplant. He had to learn how to walk again.

Vondenstein said he's ready to get back home to his family.

Vondenstein's mother said they knew he would get better but just didn't know when. She was thrilled to see him leave the hospital.

"My son's coming home. Could not be happier. I'm the happiest mom in the world right now," she said.

Colby and his wife Tori want his story to serve as a lesson for younger people who don't take the virus seriously.