COVID hospitalizations have been trending in the right direction for weeks, leading to orange and yellow zone restrictions to be lifted by New York State. 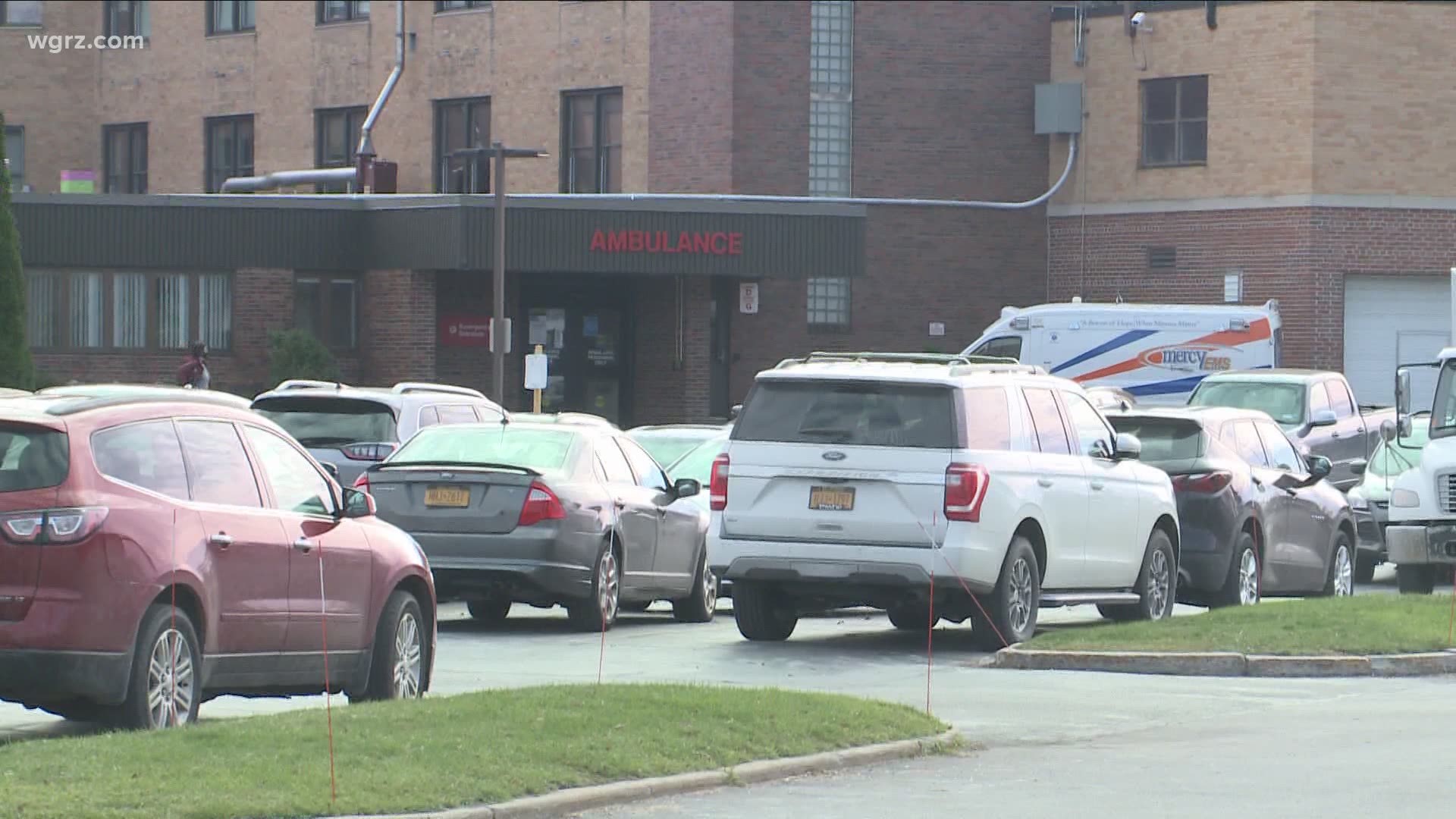 BUFFALO, N.Y. — Local orange and yellow zone restrictions were lifted Wednesday as overall COVID hospitalizations both in Western New York and in the Finger Lakes have been steadily declining in recent weeks.

Hospital admissions still are much higher than they were during the first wave.

According to the state’s regional dashboard on hospitalizations, hospital admissions have been dropping since about mid-January in the Finger Lakes and Western New York.

ICU bed admissions, however, have remained flat during the second wave.

Here are some numbers, COVID hospitalizations were at 540 nearly two weeks ago in Western New York, now they’re down into the low 400s.

Hospital leaders in both the Finger Lakes and Western New York agree that part of the decline has to do with the holiday season being over, people getting vaccinated, and following COVID restrictions.

But, even as total hospitalizations drop, ICU numbers remain steady.

"This wave continued to see a higher percentage of the middle adult 20-60 years old group having a higher number the 60 and above continue to have a higher number. I think around the same time we saw a spike in the nursing home congregate living numbers," said Dan Ireland, the president of United Memorial Medical Center. 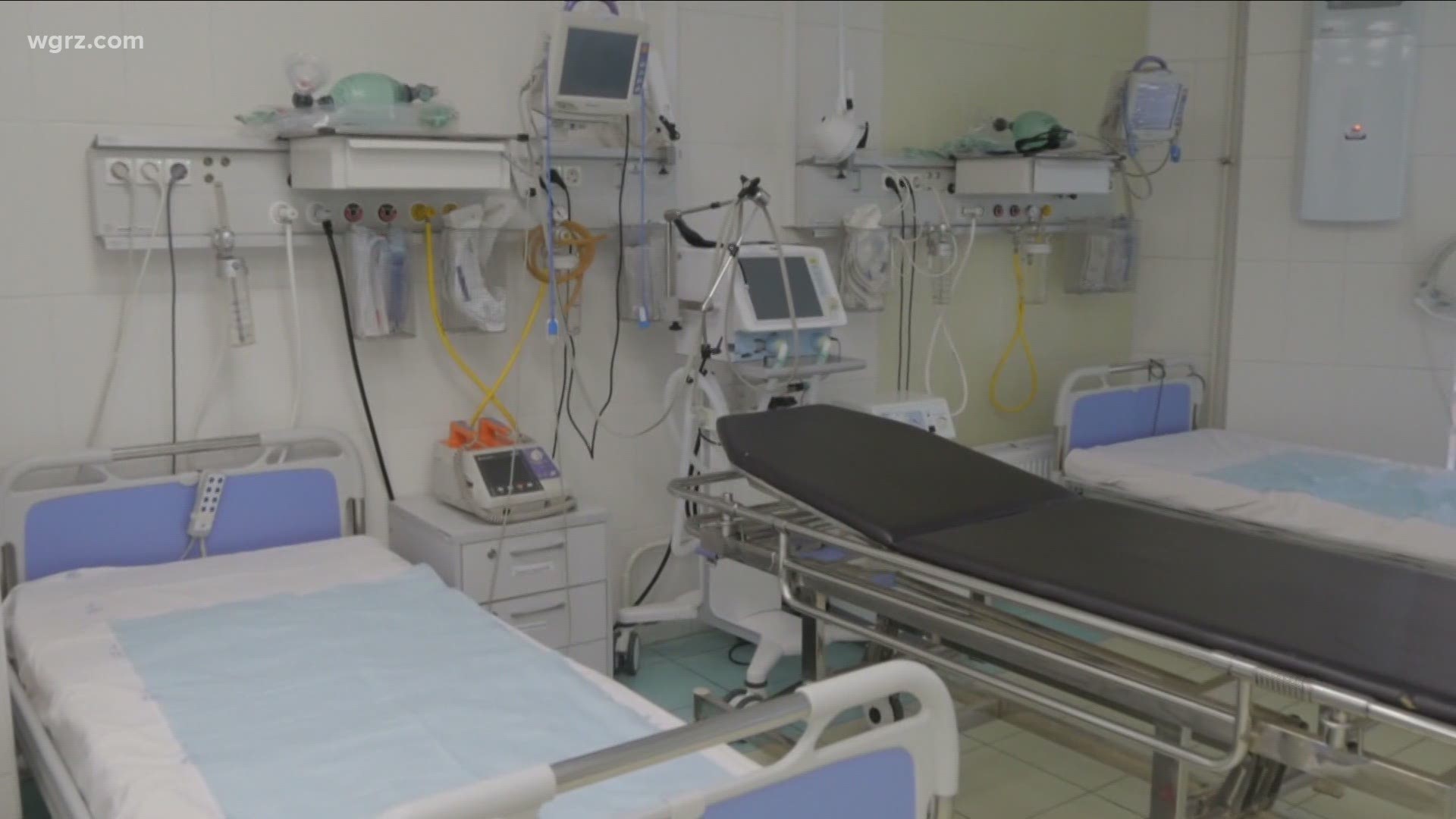 Still, hospitals are telling us their staff is tired and burned out and, that there are numerous strategies being used to get workers help, such as bringing in retired doctors and nurses and nurses from other parts of the country.

Because of hospitalizations overall trending in the right direction, elective surgeries have now resumed in Western New York, and Catholic Health and ECMC tell us they’re looking at expanding visitation.

"It’s a delicate balance with the community with the economic impact that we’re seeing across Western New York it really is, so do we hold our breathe? Absolutely, do we have faith that people are going to do the right thing, masks, following infection control hopefully we get a decent compliant number as far as folks that do decide to be vaccinated," said Marty Boryszak, senior vice president of acute care at Catholic Health. 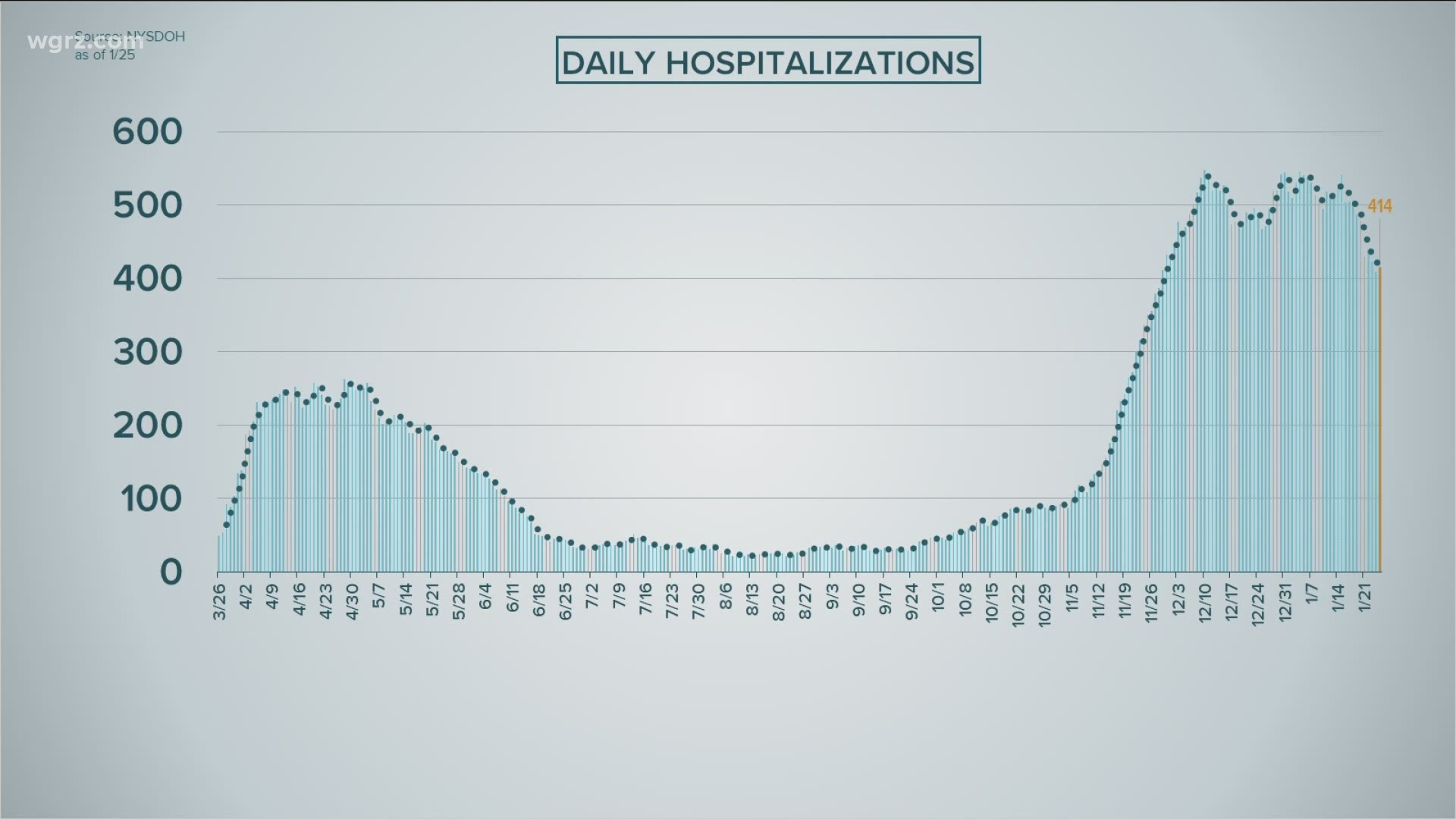 Hospital leaders we’ve heard from ask that people in Phase 1 who continue to try to get the vaccine but are having problems to stay patient and know that production of the vaccine is expected to rise in the coming weeks.

Catholic Health says they’ve vaccinated about 70 percent of their workforce, and many of them are through their second dose. Some people are still holding out on getting it, for whatever reason: maybe they have a medical condition, or they’re waiting to see how the initial rollout of vaccinations go.

There have been some concerns from county leaders of their supply of vaccine dropping, as state sites open up.

Catholic Health says those sites opening up now is a good thing.

"I think ultimately all of the sites that have been opened I think have been well orchestrated under the region direction and so when you do have an ample supply of vaccine so an inventory that we would anticipate in the future we’ll be thankful that these locations have been setup," Boryszak said.

Rochester Regional tells us they’ve been vaccinating not only their workers, but also others in Phase 1, through drive-thru clinics.

Hospital officials remind the public there was a point in time when getting a COVID test was difficult.

Production of the vaccine will be ramped up as well, it just takes time.