Monty Queener is a former NASA employee who used his years of experience to create a COVID-19 visitation room for people to see their family members during recovery. 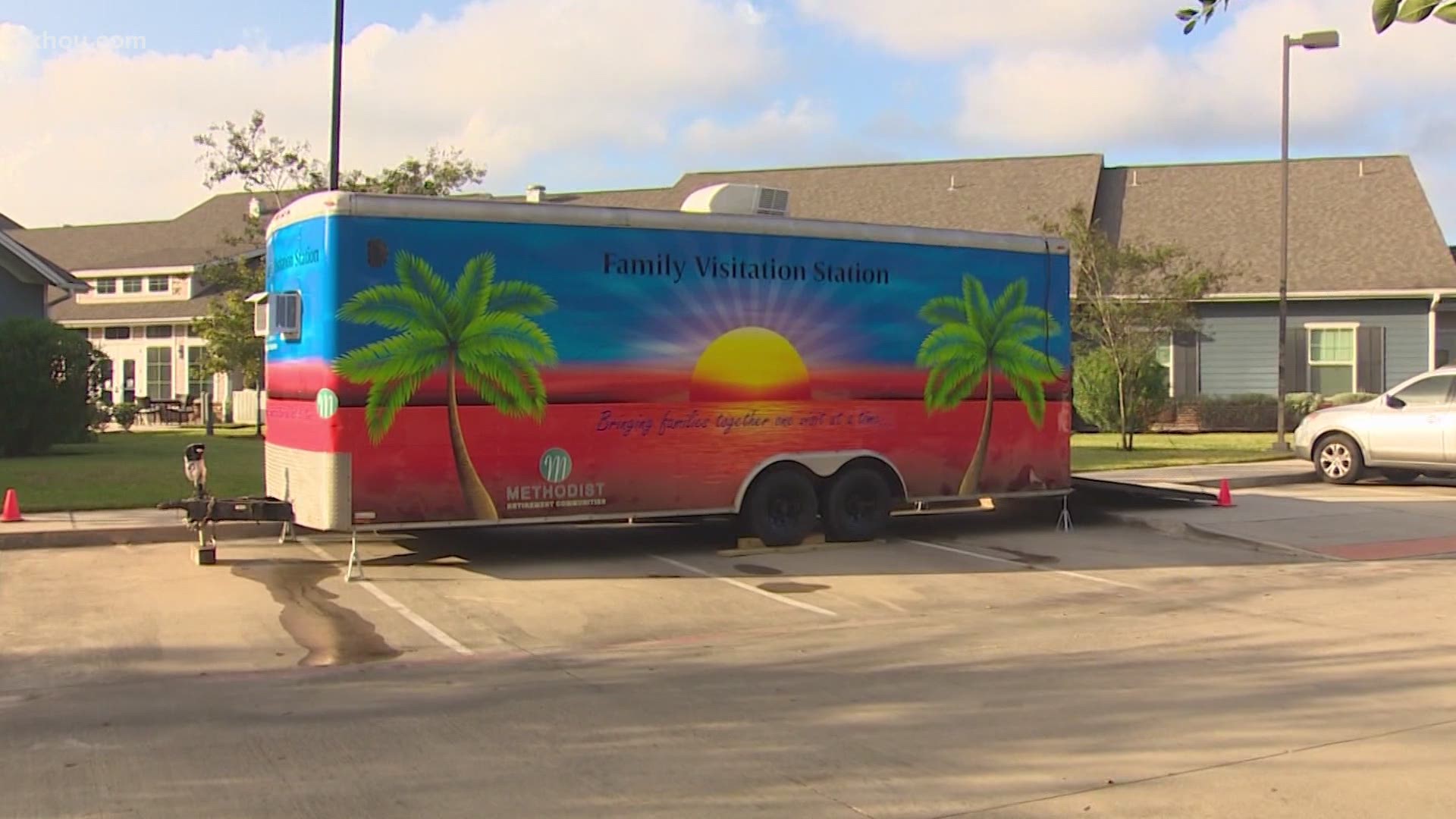 LEAGUE CITY, Texas — A father and son who have been separated by the COVID-19 pandemic met Thursday for the first time in months. It was a visit made possible by the son’s entrepreneurial spirit. From the outside looking in, it’s been a hard year.

“COVID had me really upset, I hadn’t been able to see my dad in months and I was angry about everything,” Monty Queener said.

His father lives at The Crossing in League City, a Methodist Retirement Community. The facility has been forced, like so many others across the country, to close their doors to visitors temporarily to keep residents safe.

“One day, I said, 'I got to stop being mad and I got to do something that’s going to be more productive,'" Queener said.

So, the former NASA employee used his years of experience working on the space shuttle to get creative.

The community approved his design and it now sits in the parking lot. It's a colorful reminder of a son’s determination to see his dad.

“I’m really looking forward to being able to sit down and be across from him, not quite in the same space, but really close," Queener said.

It’s been since March since they have seen each other in person. So, you can imagine the emotion when the day came that they could see each other again. It was a reunion full of emotion and getting used to some new mechanics, like speaking through an intercom and pressing a call button.

This son’s first question was if his dad approved the design.

“So, what do you think? he asked his father.

Now, the invention will be something other residents and their families can also use.

“It’s been boring, that’s probably the best way to put it," Queener's father told KHOU 11 News when asked what this year has been like.

But there was no lack of entertainment for their first visit. Grandchildren were in tow and were eager to show off for their papa.

"It means the world to me right now, you know," he said.

Even though they are separated by glass, they've never felt closer.