COVID-19 vaccine may be ready by October, Pfizer CEO says

The vaccine is developing quickly through a scientific method not used before. It uses the genetic blueprint of the virus, rather than a killed or weakened virus 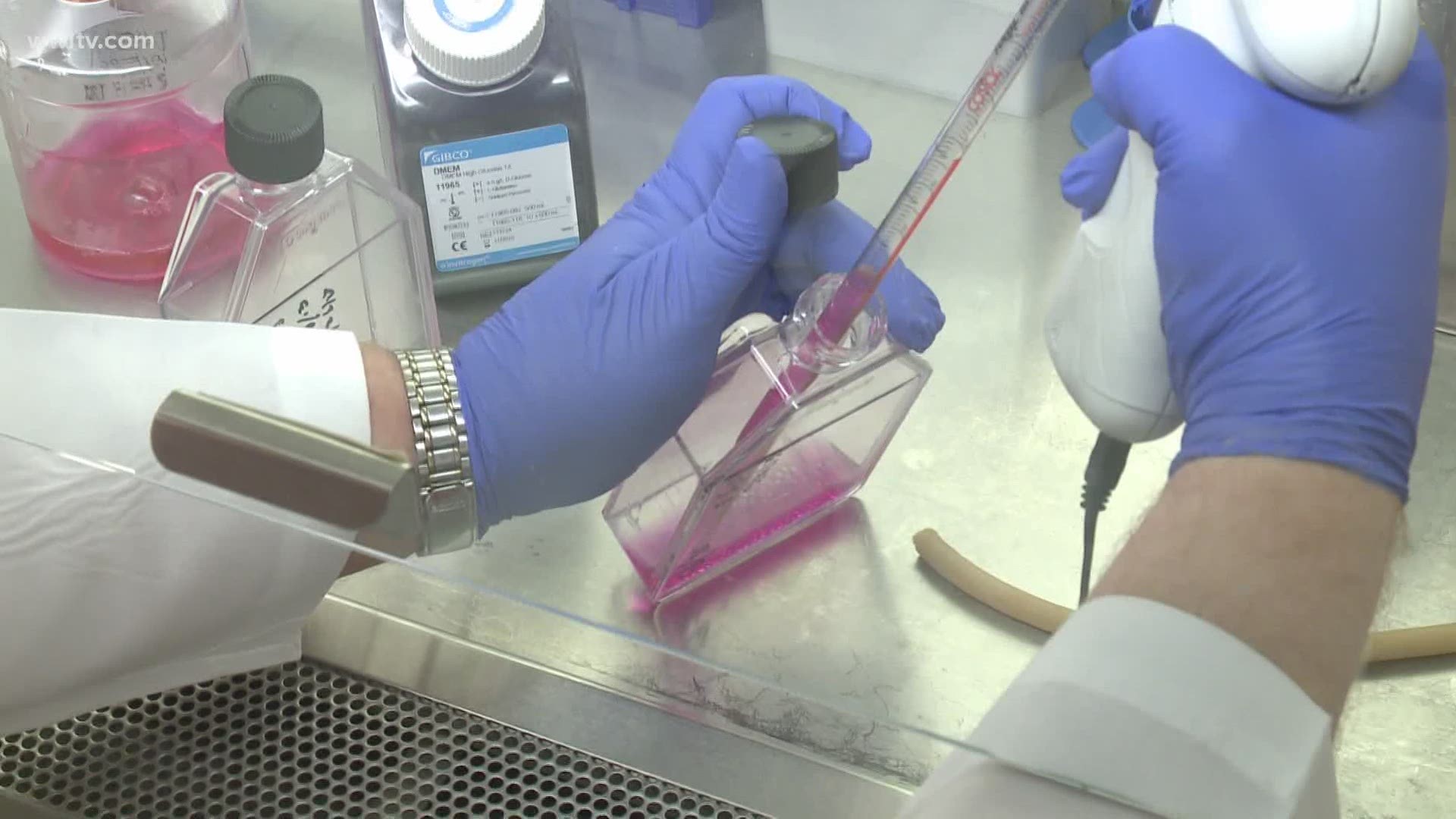 NEW ORLEANS — Pfizer. It’s the big pharmaceutical company with a lot of products you’ve heard of, such as Viagra, Xanax, and Advil. And now the head of Pfizer said the company may have a vaccine to protect against the coronavirus by October 2020.

For nearly four decades, Tulane’s Dr. Bob Garry has researched many vaccines, including ones for Ebola, and he said this one is developing quickly through a scientific method not used before. It uses the genetic blueprint or code of the virus, rather than a killed or weakened virus.

Testing shows the body makes those protective fighter cells with this vaccine, but we don’t know how long it takes patients to get immunity, or how long that immunity would last.

"If it’s going to be the same as other coronaviruses, it might not last that long — maybe only year or two, and then you'd have to come back with a booster," he said.

Pfizer said it began testing to make sure it is safe and effective. Dr. Garry says this virus is ingenious, spreading when you talk and multiplying in the infected person’s upper respiratory system, but it is not changing much.

"If there’s any good news about the SARS-CoV-2 is that it is not mutating very quickly. In fact, compared to influenza, it’s mutating very slowly. I mean maybe 10 times slower," the doctor said.

Dr. Garry said 60 to 70 percent of a population must get the vaccine to reach what’s called herd immunity, so the virus doesn’t spread easily among us. But in a poll by YouGov and Yahoo News, only 55 percent of those asked would get the vaccine.

"Vaccines save lives. I mean there’s no doubt about that," the doctor said. "We want to have situations where the football teams are playing, and life is a little bit more normal. And it will get that way. It definitely will. We just have to get through this with the best science."

And scientists are working fast.

Research is going on with more than 100 different vaccines. Dr. Garry believes that more than one will end up being produced and used.

RELATED: Poll: Half of Americans would get a COVID-19 vaccine