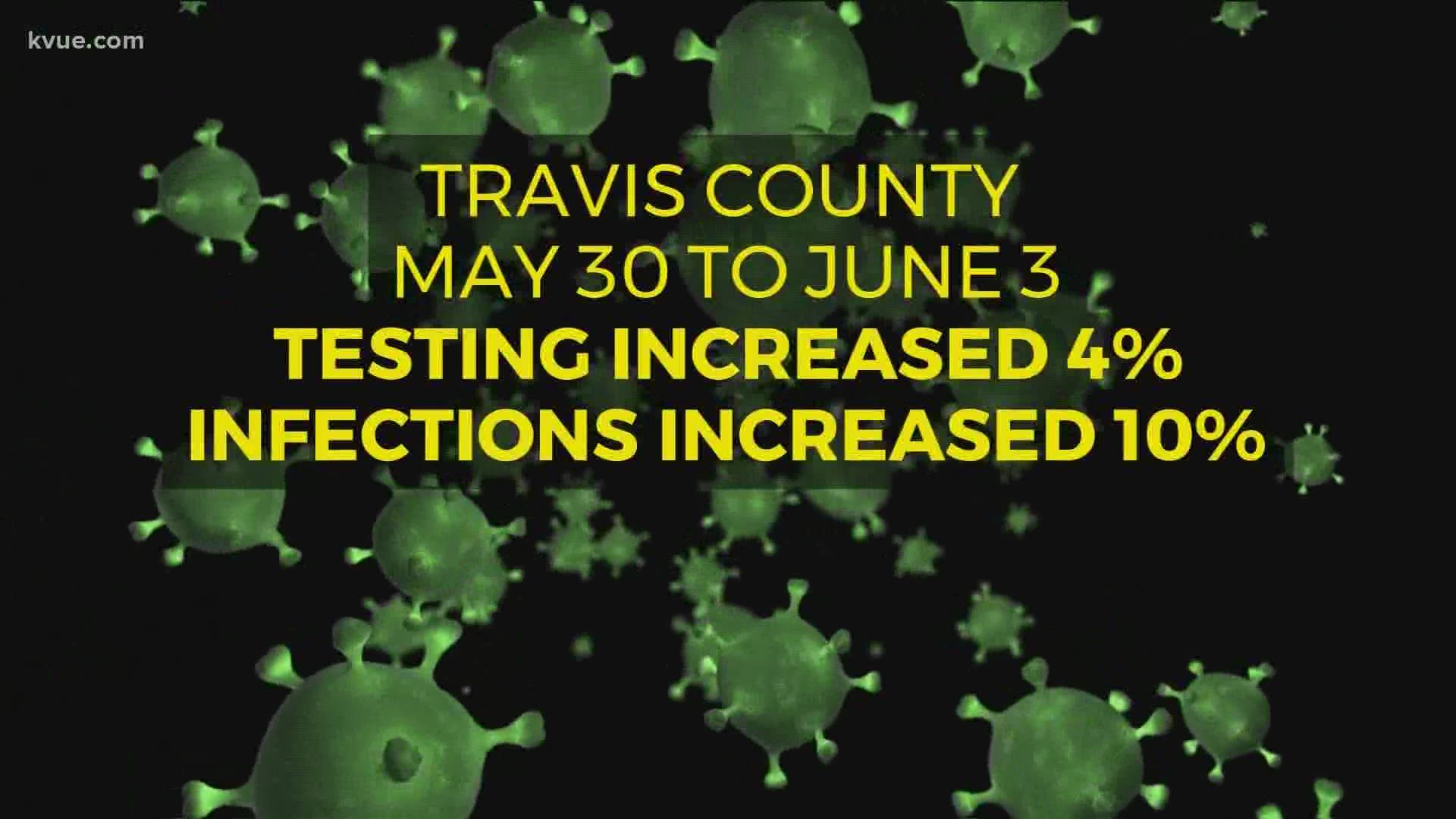 AUSTIN, Texas — Travis County health officials have seen a sharp increase in the number of positive COVID-19 cases over the past seven days. With 440 new positive cases reported from Saturday, May 30 through Friday, June 5, the number represents the biggest seven-day increase in positive cases since the outbreak began.

During the five-day period from May 30 through June 3, testing increased 4% in Travis County, while the number of confirmed infections went up 10%. Through Friday, there were 3,616 cases in the county. Ninety-seven people have died from the virus.

Burnet County testing went up 24% between May 30 and June 3, while new cases rose 36%. In Caldwell County, testing increased 7% and new cases rose 15%.

Over the same period in Williamson and Hays counties it was just the opposite. The ratio of new tests exceeded the number of new cases, which indicates new infections are not increasing at the same rate as they are in Travis, Burnet and Caldwell counties.

Marching on top of I-35 makes historical statement