Houston Methodist said they’ve given the treatment to 850 patients and are still trying to get the word out to people who may not have heard it’s an option. 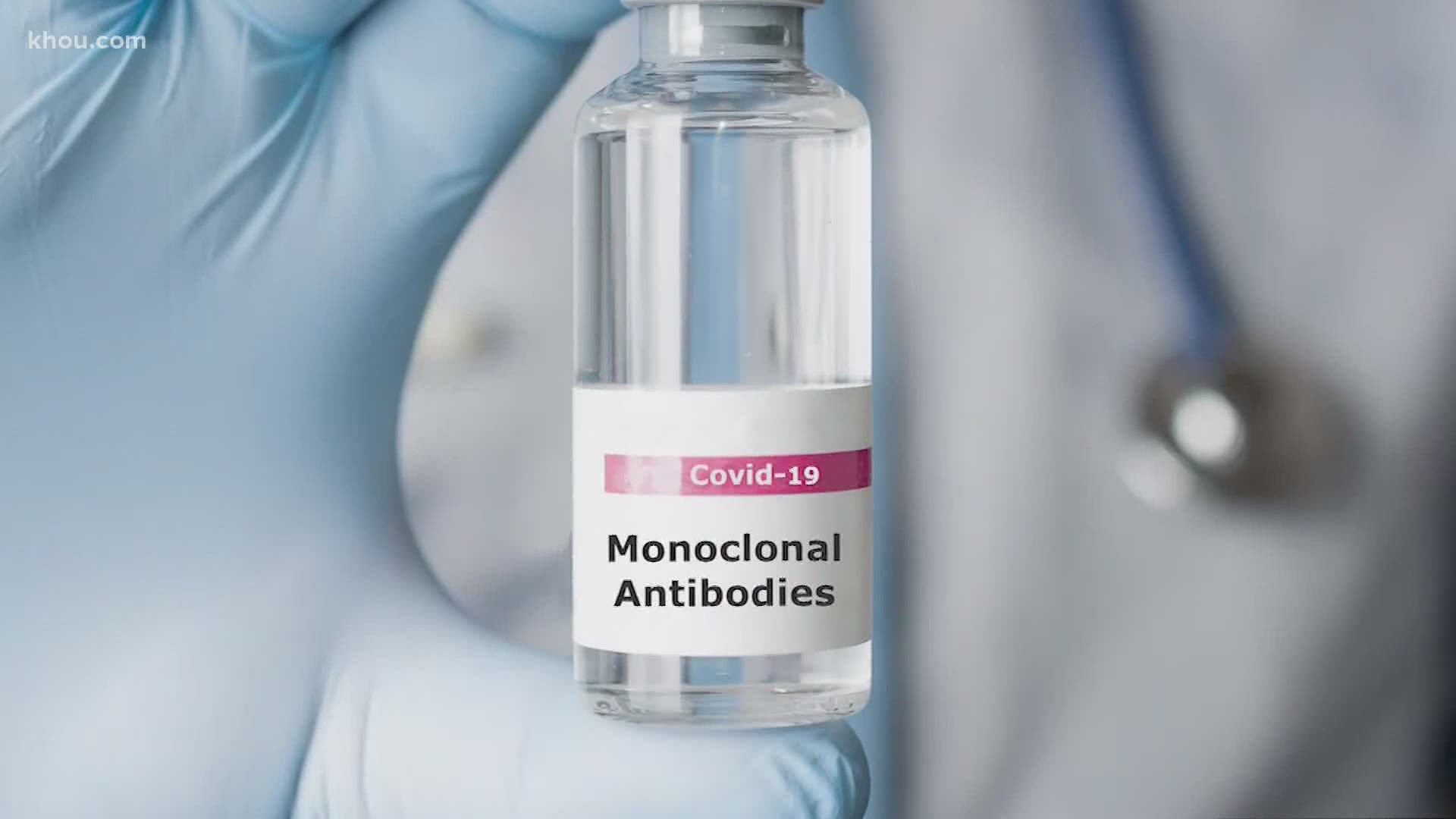 HOUSTON — A new treatment for COVID-19 is helping patients heal faster and avoid long hospital stays. A Houston woman said she was one of the first people in the city to receive it and has since recovered.

“Excruciating headache, it started in my ear and I thought I had an earache," said Sandy Zeluff, who described how her COVID-19 symptoms started.

As a retired nurse, she thought she’d be fine but then noticed her oxygen levels dropping.

“I exercise a lot. I walk a lot. That’s my exercise so my oxygen is usually pretty high, but it was trending down and that was pretty scary," Zeluff said.

She went to Houston Methodist for the treatment and says it was fast -- less than three hours.

“It’s so easy. It’s like having an IV -- easier than having your blood drawn," she said.

“The key is that you have to get it early," said Dr. Howard Huang with Houston Methodist.

He said you need the antibodies within 10 days of starting symptoms. It made headlines when President Donald Trump received a similar treatment but has since been criticized nationally for not being used.

Houston Methodist said they’ve given the treatment to 850 patients and are still trying to get the word out to people who may not have heard it’s an option.

“These antibodies have been shown in clinical trials to reduce the viral load quicker than if someone recovers from the infection themselves," Dr. Huang said.

For Zeluff, she felt better the next day and is convinced the antibodies helped her avoid being hospitalized.

“By getting it, you are potentially helping out other people because you are freeing up a hospital bed," she said.

You can still get the vaccine; doctors just say you should wait 90 days, because you are COVID-19 positive and receiving antibodies when you have this treatment.

Houston Methodist tells us it’s something insurance is covering.