Iran's death toll has also gone up, and a German man is in critical condition. 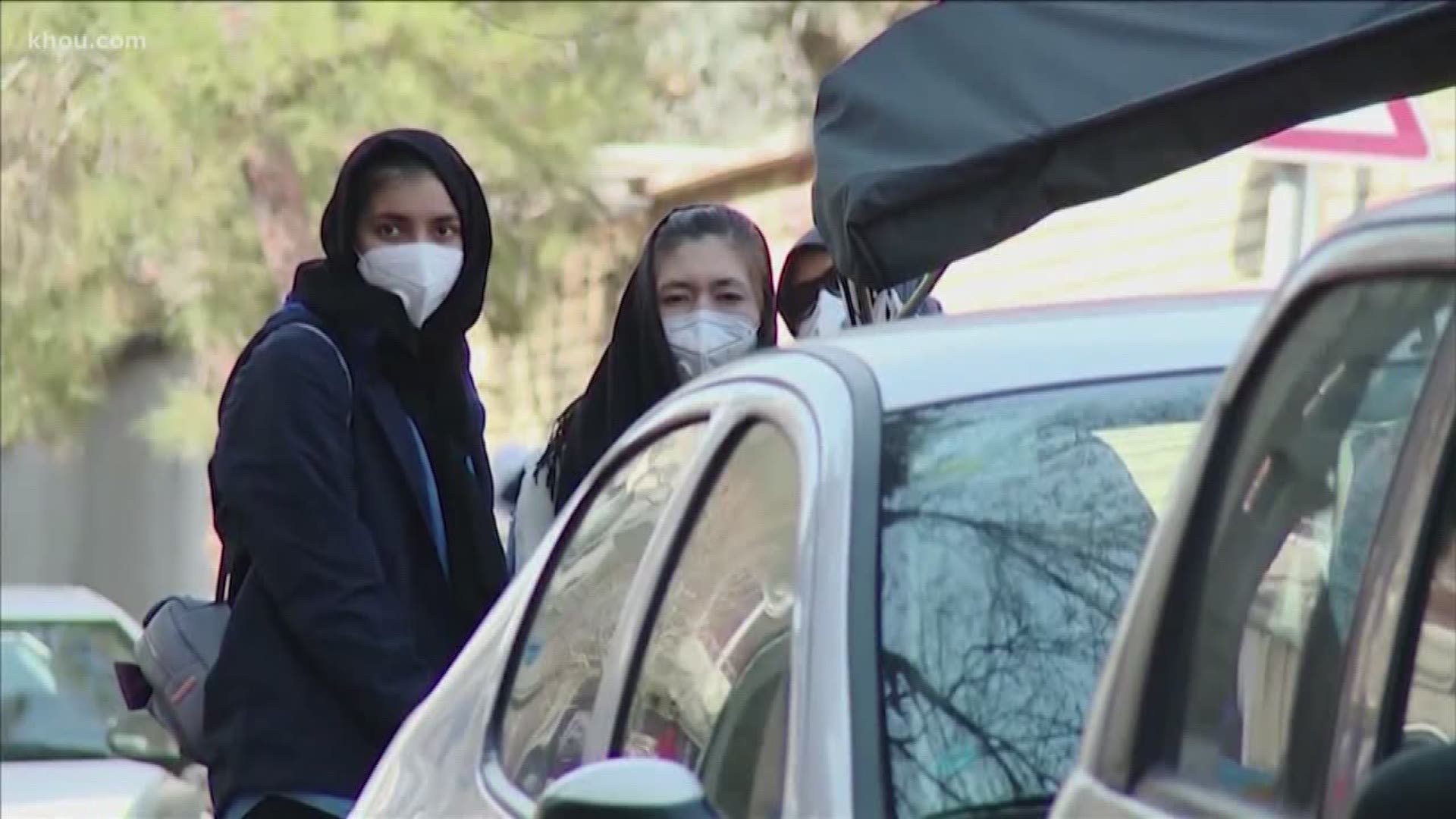 A day after the U.S. government sent mixed signals on the threat of the coronavirus, the number of cases and the death toll continued to increase Wednesday around the world.

President Donald Trump and his chief economic adviser on Tuesday said coronavirus is under control in the U.S., even as the Centers for Disease Control and Prevention warned Americans to prepare for an outbreak.

The message from U.S. health officials has become more urgent as they work to educate Americans about the risk and what would happen if quarantining travelers is not enough to contain the virus.

RELATED: CDC warns spread of coronavirus in US appears inevitable

RELATED: Wall Street Wednesday may be another rocky day

A 60-year-old Frenchman has died of the new virus in a Paris hospital, the second virus-related death in France since it emerged in China last year.

The head of France's national health service made the announcement but did not say where the man contracted the virus. The man was among three new cases of the virus announced in France on Wednesday.

One of the others was a man who had made repeated trips to the Italian region of Lombardy. France is stepping up restrictions on people who have traveled from Italy after a new outbreak of the virus there.

German with virus in critical condition

Authorities in western Germany said Wednesday that a man who contracted COVID-19 is in critical condition. A German news agency reported that the man was in his 40s and had a pre-existing condition.

Officials in neighboring Austria sealed off an apartment complex where a female tourist from Italy with a possible infection died overnight. The health ministry of North Rhine-Westphalia state said the man was first hospitalized Monday with serious pneumonia in the town of Erkelenz near the Dutch border.

German carrier Lufthansa said it was freezing staff hires as it braces for the impact of the outbreak worldwide.

Virus cases in South Korea have jumped again and the first U.S. military soldier tested positive. His infection and many others are connected to a southeastern city where the government has been mobilizing public health tools to contain the virus.

South Korea said 216 of the 284 new cases were confirmed in Daegu and surrounding areas.

The U.S. soldier is quarantined at his off-base home and several base facilities are closed. South Korea's total is expected to rise as health workers test members of a Daegu church that has an infection cluster.

China reported another 406 cases and 52 deaths, all in hard-hit Hubei province.

Iranian state television says 19 people have been killed amid 139 confirmed cases in the country so far. The announcement on Wednesday by a state TV anchor came as Health Ministry spokesman Kianoush Jahanpour urged Iranians to avoid “nonessential travel,” particularly to the hard-hit provinces of the country such as Gilan and Qom.

Iran's president meanwhile says that Tehran has no immediate plans to quarantine cities even as the Islamic Republic suffers the highest death toll outside of China.