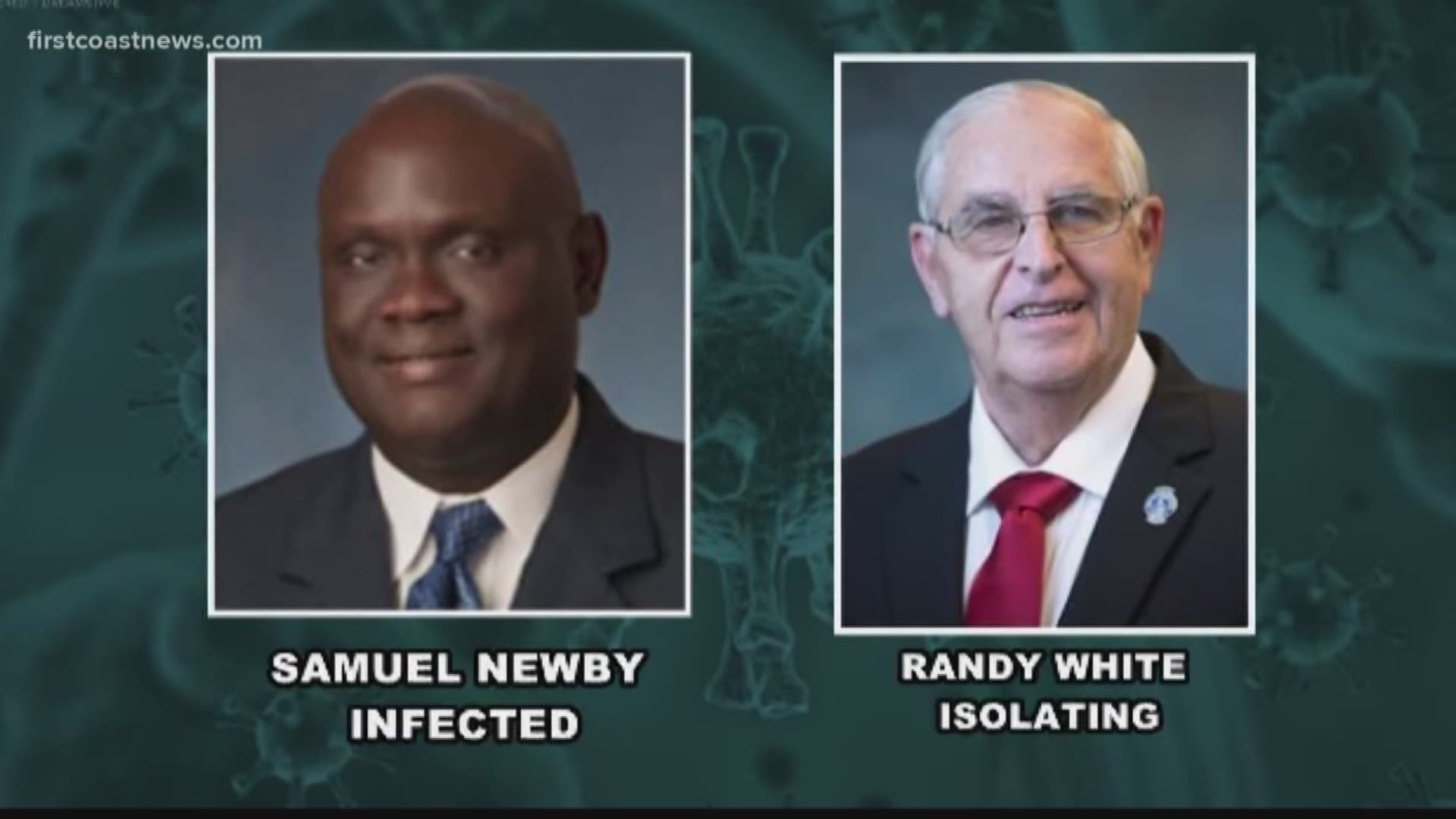 Jacksonville City Councilman Randy White says he has around 11 days left of self-isolation after being notified he was in contact with someone who tested positive for COVID-19.

He visited Councilman Sam Newby at St. Vincent's Hospital and Newby later tested positive for coronavirus. White says on Friday night he got a call from the hospital that he should self-isolate as a precaution.

"Absolutely no symptoms, I feel great," he said. "I am self-isolating because that is what the public has been told to do and we as city officials are telling people to do."

White says he will not be tested for coronavirus unless he shows a symptom of some sort and so far he has not.

He was in good spirits when First Coast News spoke with him on Monday morning.  He does say people brushing this off need to heed what is being said on the news and by public officials.

"If I got infected, I wouldn't want to cause harm to someone else," he says. "So I think they need to listen up and do what everybody is recommending that they do."