Dr. Umair Shah and County Judge Lina Hidalgo sat down with KHOU 11 for more than 30 minutes to answer your questions. 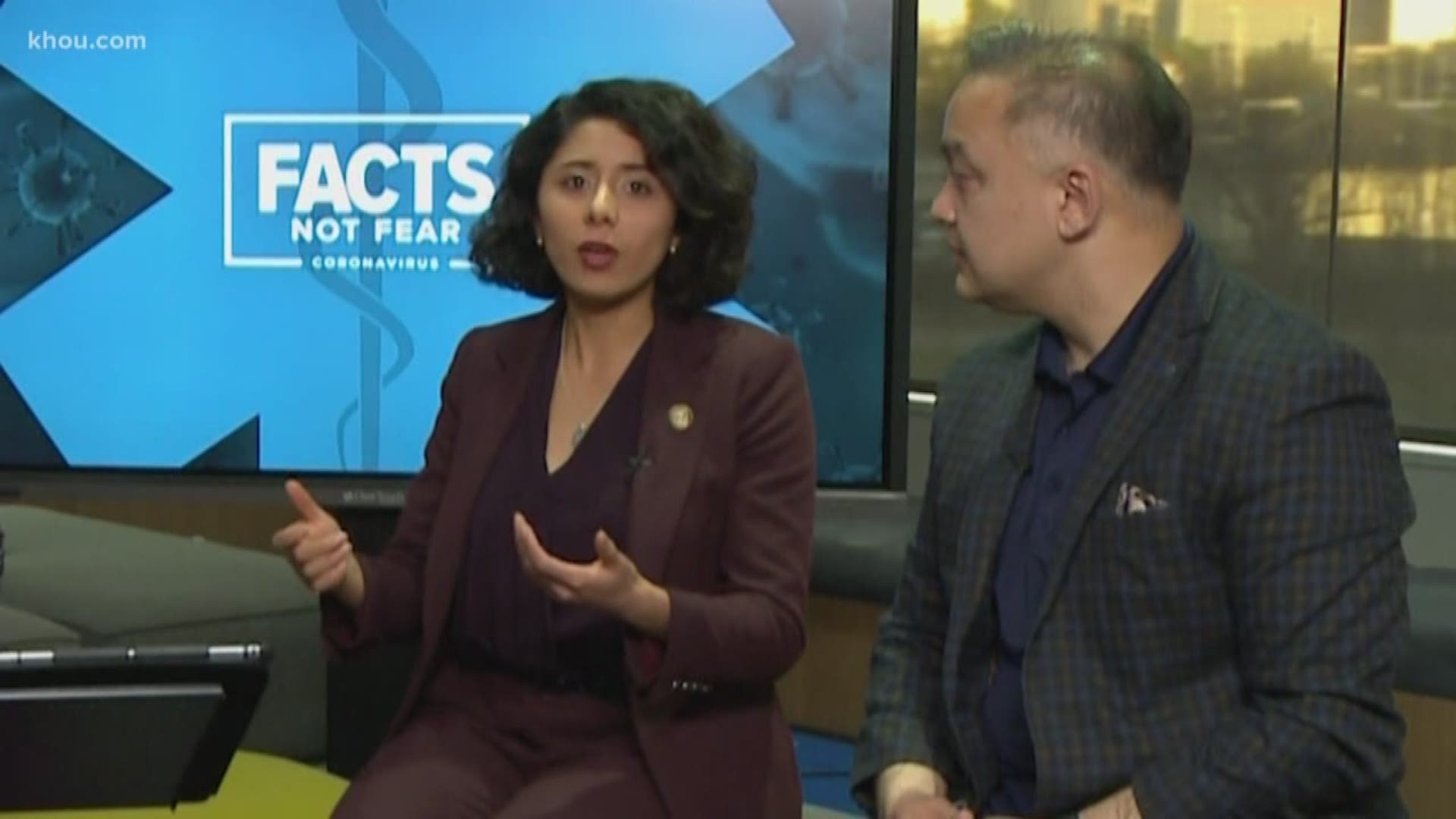 In Fort Bend County, two women in their 60s tested "presumptive positive." In Houston, a woman between 60-70 tested positive, bringing the total number of Houston-area cases to eight.

Officials believe all these cases are tied to the same trip to Egypt and say there is no evidence of community spread.

How do they know that? It's based on certain criteria, including symptoms and travel history.

They have asked people who have been in touch with any confirmed patients to self-isolate and self-monitor. That way, if those people start showing symptoms, they are already reducing the risk of spreading by self-isolating.

"It’s really about being in contact with a confirmed case, and our region, that’s a very small number of people," Dr. Shah said.

RELATED: Rice University staffer who tested positive for coronavirus is one of two Harris County cases

Dr. Shah and Judge Hidalgo said they are pushing to increase the county's testing capacity. Currently, the county can test about 30 cases a day, they said.

Being able to test more people goes hand in hand with expanding the criteria.

After City of Austin officials announced that SXSW, the tech, film, and music festival would be canceled due to coronavirus concerns, many people in Houston wondered if the Rodeo would be canceled, too.

Right now, the answer is no.

“If it were me, I would choose a staycation, but we don’t have a formal recommendation," Judge Hidalgo said.

"It’s not that you can’t (travel) just be common sensical about where you go and how you go about doing that," Dr. Shah said.