New York State alone accounted for more than 30,000 cases and close to 300 deaths, most of them in New York City. 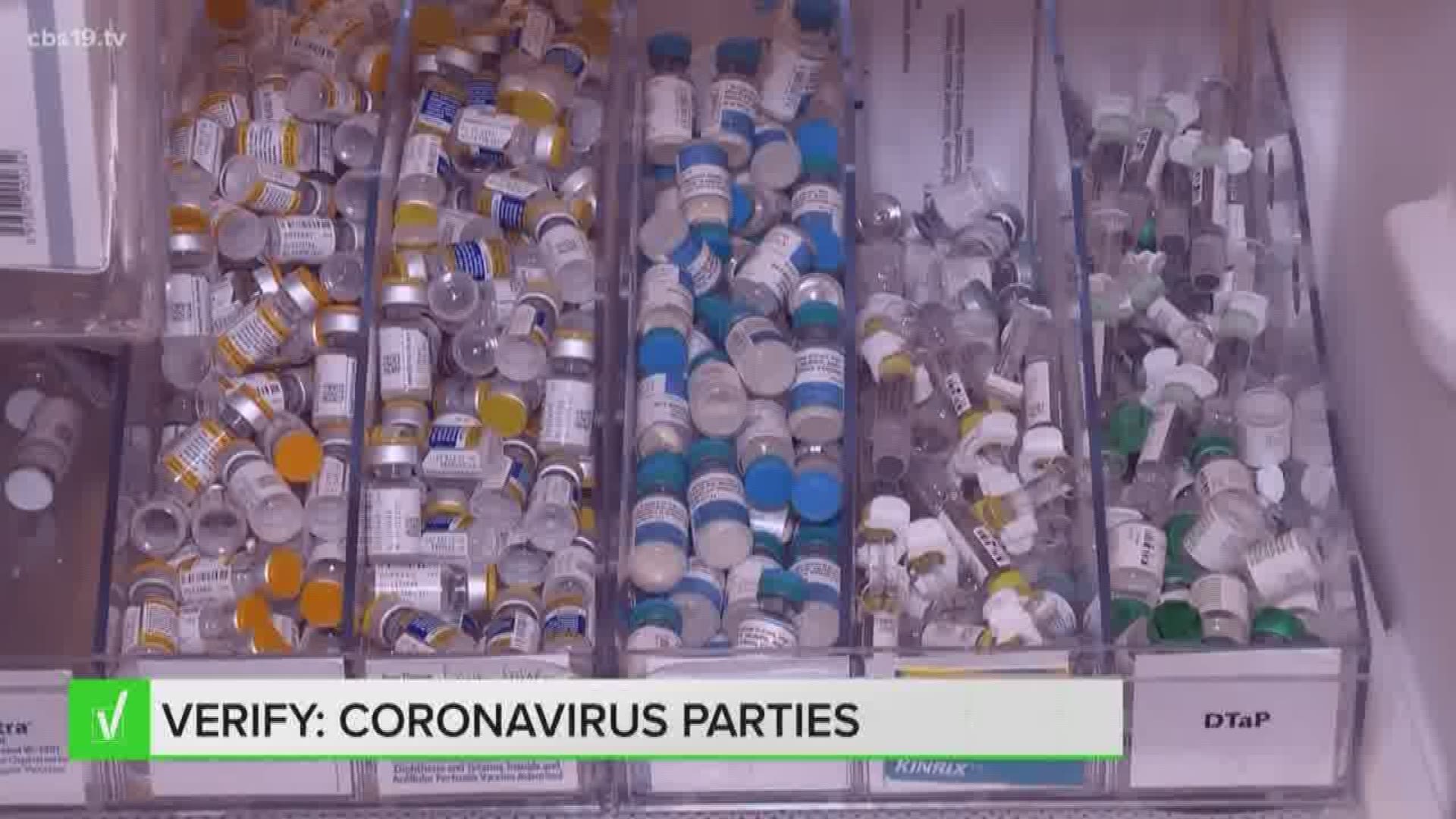 NEW YORK — New York authorities mobilized to head off a potential public health disaster in the city Wednesday, with its emergence as the nation's biggest coronavirus hot spot a warning flare — and perhaps a cautionary tale — for the rest of the country as U.S. deaths from the pandemic topped 1,000.

A makeshift morgue was set up outside Bellevue Hospital, and the city's police, their ranks dwindling as more fall ill, were told to patrol nearly empty streets to enforce social distancing.

Public health officials hunted down beds and medical equipment and put out a call for more doctors and nurses for fear the number of sick will explode in a matter of weeks, overwhelming hospitals as has happened in Italy and Spain. Spanish lawmakers agreed to extending by two weeks a state of emergency that has allowed the government to maintain a national lockdown.

In Washington, President Trump implored Congress to move on critical coronavirus aid without further delay. Senate leaders were trying to overcome late objections to a $2 trillion economic rescue package to ease the financial pain of the pandemic.

Worldwide, the death toll climbed past 21,000, according to a running count kept by Johns Hopkins University.

New York State alone accounted for more than 30,000 cases and close to 300 deaths, most of them in New York City.

For most people, the coronavirus causes mild or moderate symptoms, such as fever and cough that clear up in two to three weeks. For some, especially older adults and people with existing health problems, it can cause more severe illness, including pneumonia.

Gov. Andrew Cuomo, again pleading for help in dealing with the onslaught, attributed the cluster to the city's role as a gateway to international travelers and the sheer density of its population, with 8.6 million people sharing subways, elevators, apartment buildings and offices.

Some public health experts also attributed the city's burgeoning caseload in part to the state's big push to test people.

Nearly 7 million people in the San Francisco area were all but confined to their homes on March 17, and California put all 40 million of its residents under a near-lockdown three days later.

The order to stay at home in New York State did not go into effect until Sunday evening, March 22, and New York City's 1.1 million-student school system was not closed until March 15, well after other districts had shut down.

Dr. Mark Dworkin, an epidemiology professor at University of Illinois-Chicago, said he hadn’t followed New York’s situation closely enough to say whether he would have done it differently, but he noted that moving quickly is critical -- and sometimes difficult to do at early points, when the public doesn’t sense an imminent threat.

“At first, I think there’s a certain amount of disbelief that goes on," he said. “I think that contributes, to some extent, to the lack of putting the foot on the gas pedal on some of the control measures that we know we need to do."

After New York's first positive test came back on March 1 — in a health care worker who had traveled to Iran and secluded herself upon returning — Mayor Bill de Blasio and Cuomo initially cast the disease as a dangerous threat but one that the city’s muscular hospital system could handle.

The risk to most New Yorkers, they said, was relatively low.

But their message shifted, as it did with many other leaders, who found themselves acting on new information in an uncharted, fast-changing situation.

Tassier said it wasn't too late: "We can still make things better than they would be otherwise.”

In a measure of how the virus is permeating life in ways big and small, the mayor said authorities would remove basketball hoops at 80 public courts where people were not respecting social-distancing instructions not to shoot around with anyone outside their households, while leaving up roughly 1,700 others where there were no problems.

Dr. Deborah Birx, the coordinator of the White House’s coronavirus task force, said at a briefing that the number of new cases in New York City has been relatively constant over the last three days.

But she warned hospital cases will continue to increase because they reflect people who contracted the illness before full mitigation efforts kicked in, and urged city residents to follow White House recommendations.

In other developments around the globe:

— The Senate late Wednesday passed an unparalleled $2.2 trillion economic rescue package steering aid to businesses, workers and health care systems engulfed by the coronavirus pandemic. The unanimous vote came despite misgivings on both sides about whether it goes too far or not far enough and capped days of difficult negotiations as Washington confronted a national challenge unlike it has ever faced.

— Prince Charles, the 71-year-old heir to the British throne, tested positive for the virus but was showing only mild symptoms and was isolating himself at a royal estate in Scotland, his office said.

— Spain's death toll rose past 3,400, eclipsing China's, after a one-day spike of 700 fatalities. It is now second only to Italy, with over 7,500 deaths. “We are collapsing. We need more workers,” said Lidia Perera, a nurse at Madrid's 1,000-bed Hospital de la Paz. The Parliament's vote will let the government extend strict stay-at-home rules and business closings until April 11.

— China's Hubei province, where the outbreak first emerged late last year, started lifting its lockdown. Authorities reported 67 new cases in the country, all imported in recent arrivals from abroad, and once again there were no new cases reported in Wuhan, the capital of Hubei.

— Russian President Vladimir Putin postponed a nationwide vote on proposed constitutional amendments that could enable him to extend his hold on power. The decision came as Russia reported its first deaths from the virus, two elderly patients who had underlying conditions.

— The French Riviera city of Cannes opened the site of its world-famous film festival to the homeless.

— British Prime Minister Boris Johnson said more than 400,000 people responded within a day to the government’s call for volunteers to help the country’s most vulnerable people. They will deliver medicine, drive people home from doctor's appointments and make phone calls to check on patients.

— The Pentagon halted for 60 days the movement of U.S. troops and Defense Department civilians overseas, a measure expected to affect about 90,000 troops scheduled to deploy or return from abroad. A Marine became the first person stationed at the Pentagon to test positive for the virus.

Around the U.S., other states braced for a version of New York's nightmare, with fears over public events held in the weeks before the virus exploded.

A month after Mardi Gras in and around New Orleans, Louisiana is seeing a ballooning number of cases and now has the third-highest rate per capita in the U.S., according to the governor. Sixty-five have died, and the virus has been confirmed in three-quarters of the state's 64 parishes.

Small towns and rural areas are beginning to sound the alarm as well.

In Georgia, a state that has seen cases grow to more than 1,200, an Albany hospital's three intensive care units were already full, and doctors were working to discharge people as quickly as possible to make way for new patients.

Ski resort operators in the state and elsewhere in the West are grappling with an economic “body blow” as they shut down at a time they normally would be welcoming hordes of spring break revelers.

TEGNA staff contributed to this report.