Ehlinger said money raised from the account would be donated to local and national organizations, such as Boys & Girls Club and Central Texas Food Bank. 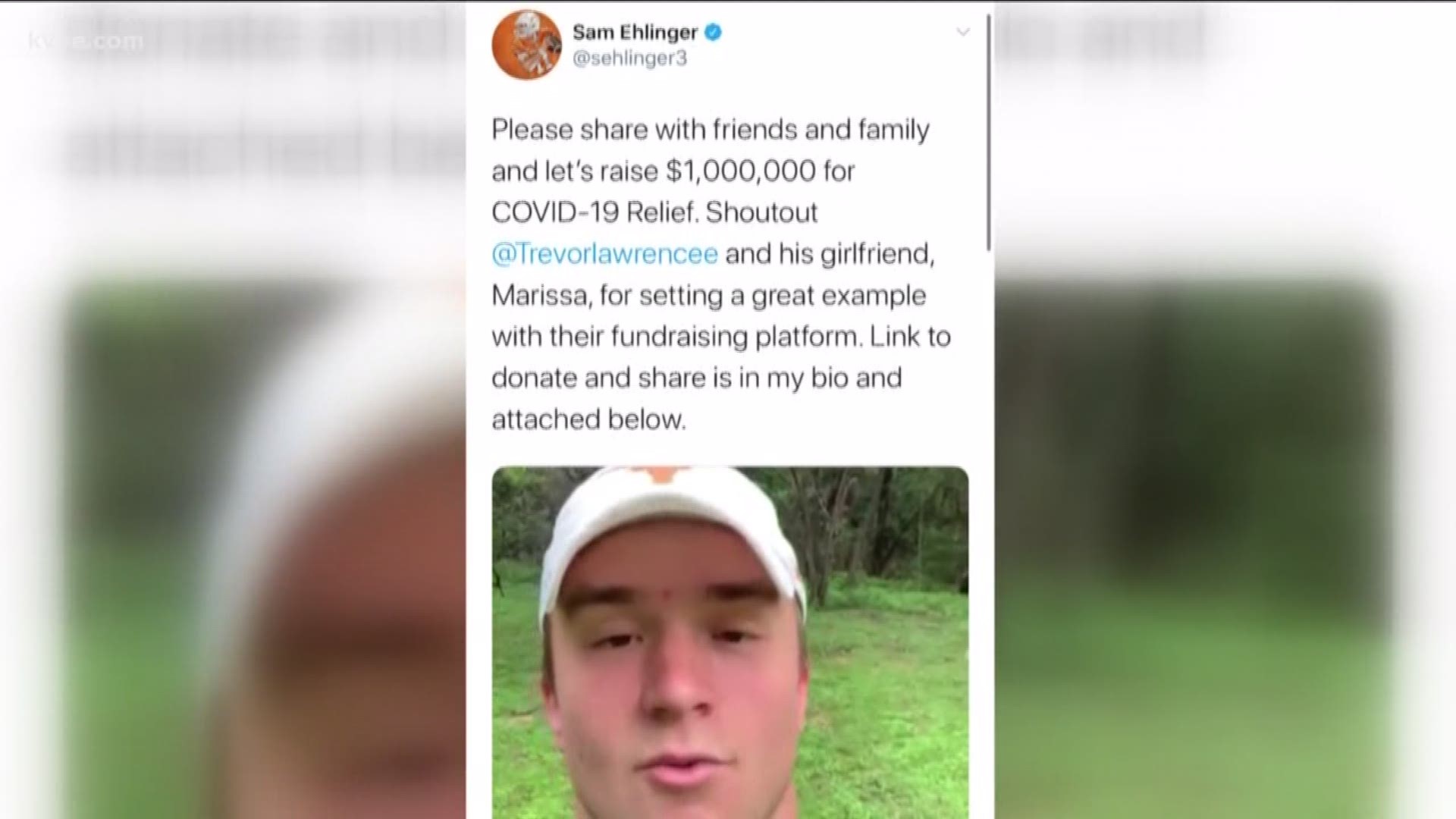 AUSTIN, Texas — Texas Longhorns quarterback Sam Ehlinger has raised more than $100,000 since he launched his COVID-19 relief fund on GoFundMe on March 25.

In his announcement, Ehlinger urged people to continue to follow guidelines put in place, like staying at home and social distancing.

Ehlinger praised Clemson quarterback Trevor Lawrence for his efforts to help raise money for relief efforts, as well. Ehlinger's goal for the GoFundMe account was set at $1,000,000.

"Please share with friends and family and let’s raise $1,000,000 for COVID-19 Relief. Shoutout @Trevorlawrencee and his girlfriend, Marissa, for setting a great example with their fundraising platform. Link to donate and share is in my bio and attached below," Ehlinger tweeted.

Ehlinger said money raised from the account would be donated to local and national organizations, such as Boys & Girls Club of America, Austin Pets Alive!, Central Texas Food Bank and more.

RELATED: 'Together, we can make a Texas-sized difference' | Tom Herman urges public to join in helping 'vulnerable fellow Texans'

Ehlinger's announcement comes after Texas head coach Tom Herman announced he and his family had donated to the Central Texas Food Bank, among other local non-profit organizations, and encouraged others to as well.

"[Ehlinger] never took selfish advantage of his celebrity and influence. He's always used it to help other people and that's rare these days," Herman said.

Anyone with questions or inquiries can email ehlingerfund@gmail.com.

This interactive map shows you where coronavirus cases are in Texas