Nic Brown's message on a window gives us all a view of the heroics happening at our hospitals. 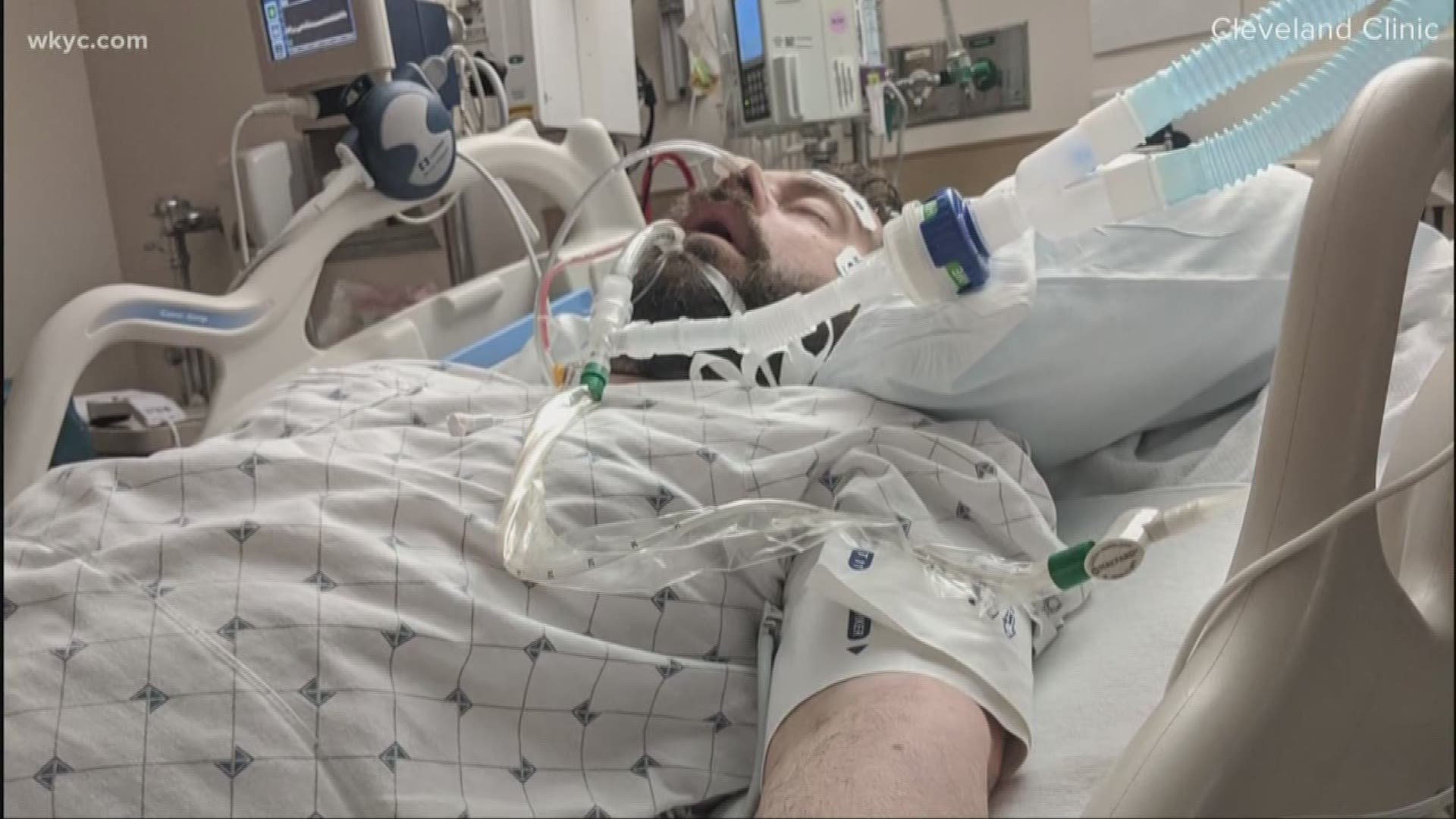 A seemingly harmless headache and fever turned into a trip to the intensive care unit at Cleveland Clinic.

"I ended up being in Cleveland Clinic there in the ICU for about three days before I got the test results back that I was indeed a COVID-19 positive case," Brown told 3News.

"He was in isolation for ten days, inside that room without being able to communicate, without being with his family," recalls Dr. Eduardo Mireles.

Seven days on life support. Away from those who cared for him with only having video calls to communicate.

"When you're left in an ICU, you don't have control over anything, even bodily functions," says Brown. "Someone has to clean up after you."

Nic Brown was in the hospital for almost three weeks.

Scared and alone, he called the experience humbling. But it was the humanity that he says will stick with him, even away from the hospital bed.

It's the inspiration behind the writing on the window. A message of gratitude and awe from Nic about what healthcare professionals go through.

"This has been the most impactful window in my life. On days when I watched you work hard to keep me and others alive unable to thank you for the time that you poured into me; although I will probably never get the chance to pour that same love and support into you, I want you to know that I think you all are rock stars. I watched some of you have good nights and some bad nights but what was consistent every night was that you care for people.

Today I leave this ICU a changed person, hopefully for the better, not only because of your medical healing and God’s direction and guidance, but with the fact of knowing that there are such wonderful people dedicated to the care and concern of others.
God bless each of you."

"Every time I read it, it becomes even more strong for me," says Dr. Mireles. "He calls us rock stars, but it's the other way around."

It's a small sign that he hopes touches all caregivers, because this virus has no mercy. However, those on the front line do.

"At the end when I was getting closer to getting better, they had written at the bottom of the window 'we will get you home'," Nic says.

Nic is doing well back home in Tuscarawas County. He's been spreading this message since he walked out of the hospital: Do what officials are telling you because you never know who you may impact.