In July, the state reported coronavirus 3,315 deaths and 252,884 cases. Both totals in July were more than all other months of the pandemic combined. 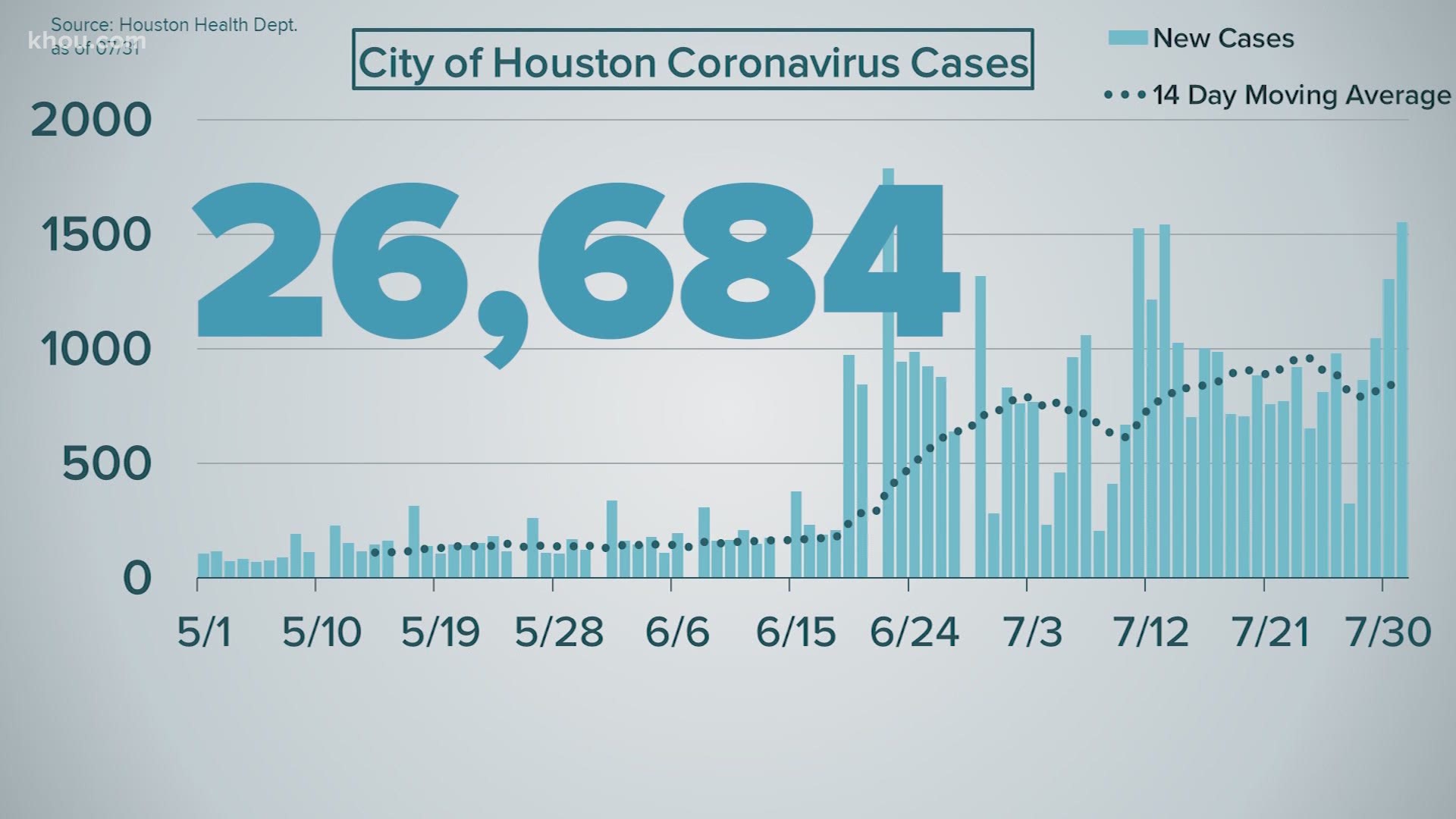 The 295 deaths bring Texas' total coronavirus deaths to 6,569. The state entered July at 3,254 deaths, meaning deaths more than doubled in the entire state in July alone. The 3,315 deaths reported in July are more than all the other months of the pandemic combined.

Texas entered July with 168,062 reported cases. It ended July with 420,946 cases, an increase of 252,884 in the month of July alone. In July, the state reported more new cases of coronavirus than all the other months of the pandemic combined.

JUST IN: @TexasDSHS reports 8,839 new #covid19 cases, 295 new deaths to close out July. This month, more new #coronavirus in #Texas than all other months of the pandemic combined. @KHOU #KHOU11 pic.twitter.com/MqYua8sXrE

A 12 percent positivity rate means of every nine people tested, more than one tests positive.

The city's positivity rate is about 23 percent, meaning of every five people tested, at least one person tests positive.

“There are a little bit of mixed messages going on," said Houston Health Authority Dr. David Persse, referencing the dropping hospitalizations in the Texas Medical Center. "We’re trying to be truthful and transparent and I want to make sure the public understands the virus is still out there, it’s still very active. This is not the time to drop our guard.”