Texas' Department of State Health Services noted a correction to the total coronavirus deaths due to an automation error. DSHS changed how it collects that data. 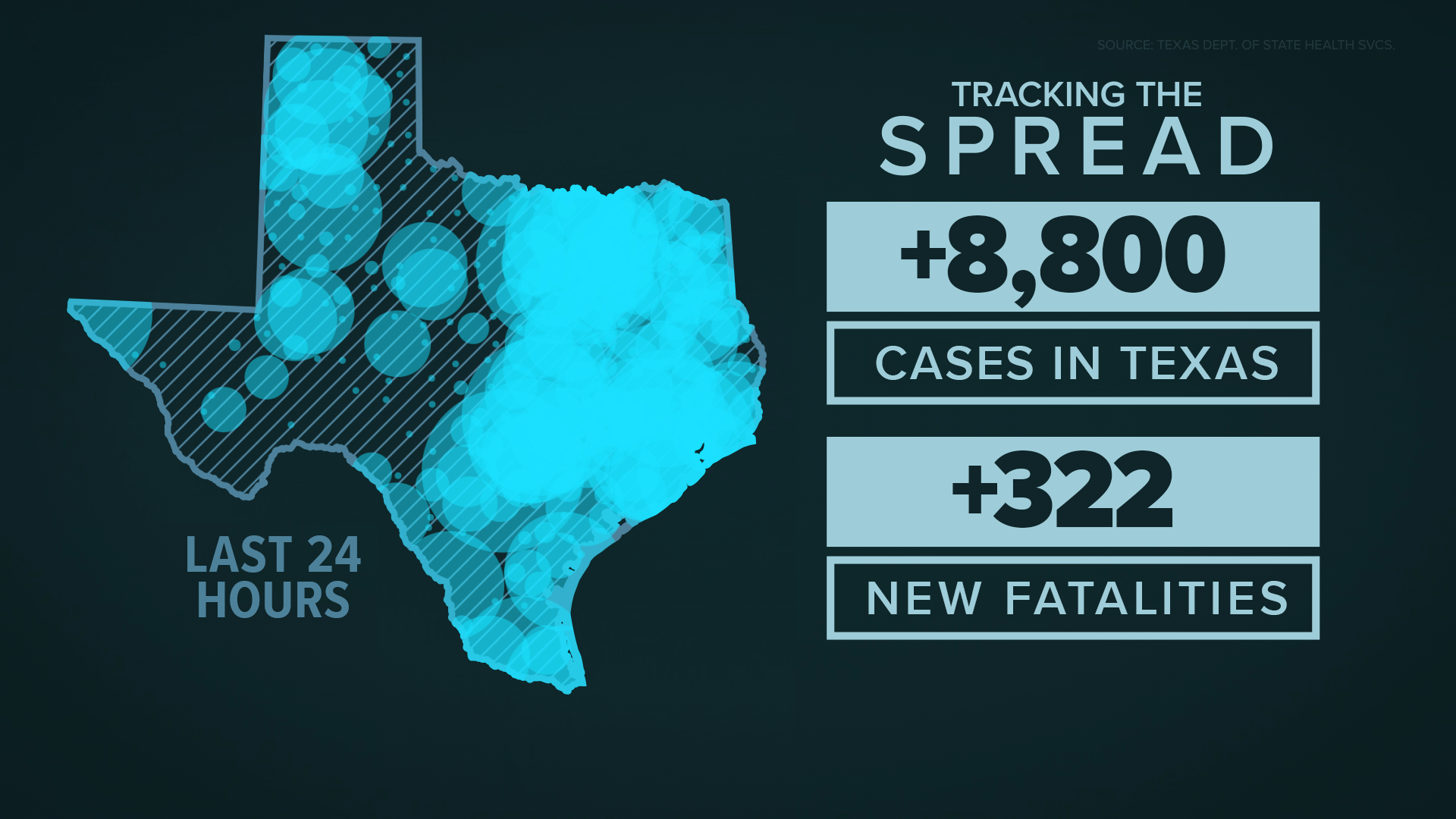 DSHS said Thursday in a statement that after changing the way it collects death data, now relying on death certificates, there was an "automation error" that caused roughly 225 deaths to be included in the count, even though COVID-19 was not listed as a direct cause of death on those death certificates.

"A manual quality check revealed the issue late Wednesday, and the counts were corrected in time for today's’ update," a DSHS spokesperson wrote.

DSHS corrected the totals dating back to Monday:

Houston Mayor Sylvester Turner said Thursday that 200 people had died from COVID-19 in the city in July alone, with one more day until the end of the month. Houston currently has 432 deaths, which means at least 46% of COVID-19 deaths in the city happened in July.

Harris County, outside the city of Houston, reported 420 new cases and 6 new deaths.