The death count is the second-highest single-day total since the coronavirus pandemic began. 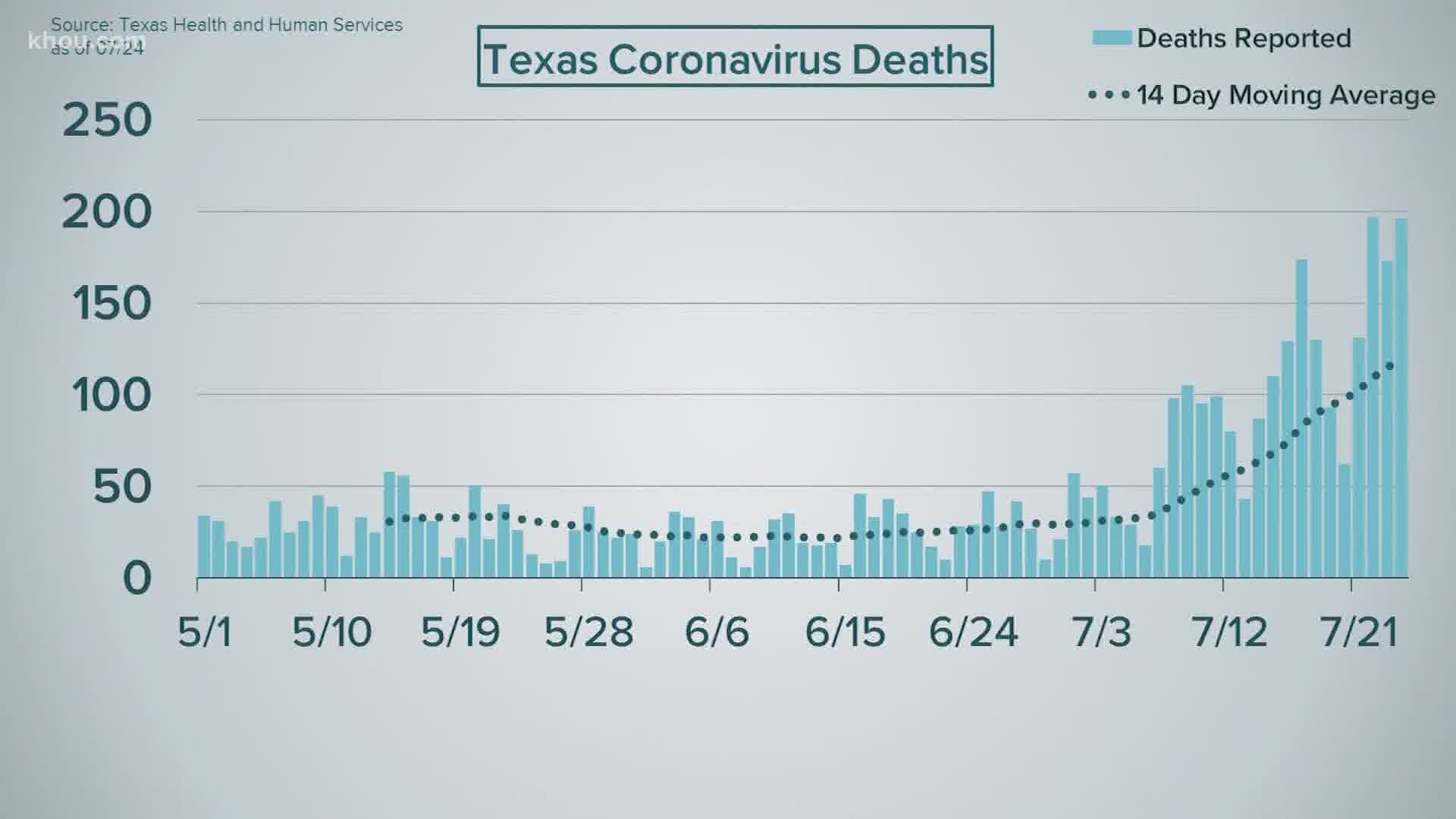 The death count is the second-highest single-day total since the coronavirus pandemic began. Two days ago, July 22, the state reported 197 deaths.

DSHS has reported 759 deaths since July 20, an average of 151 deaths per day. Friday's total is the ninth time the state has reported at least 100 deaths in a single day.

The 8,701 cases marks the eleventh time this month that the state has reported fewer than 9,000 cases in a single day. The seven-day average shows a downward trend in cases.

The state's seven-day average positivity rate is 13.73 percent, and has been decreasing six out of the last seven days.

That downward trend is encouraging, but DSHS staff said even though the numbers appear to be leveling off, the cases are still too high.

"That is still a raging wildfire," Harris County Judge Lina Hidalgo said about local cases Friday during a news conference about keeping Houston and Harris County schools closed to in-person learning through September 8. "We don't know what all of those cases are going to mean for future hospitalizations."

The Houston Health Department reported 13 deaths and 651 new cases. Three of the 13 deaths had no underlying conditions.

"We have to work with the reality of the situation," said Judge Hidalgo. "Not false hopes, not what we hope will take place."

Public health officials say with increasing deaths and the start of a downward trend in new cases, we must keep up our healthy habits if we want our economy back to 100 percent.

“That should happen in the coming weeks if we all do our part. But once that begins to happen, that is not the time to stop our efforts," said Dr. David Persse, the Houston Health Authority.