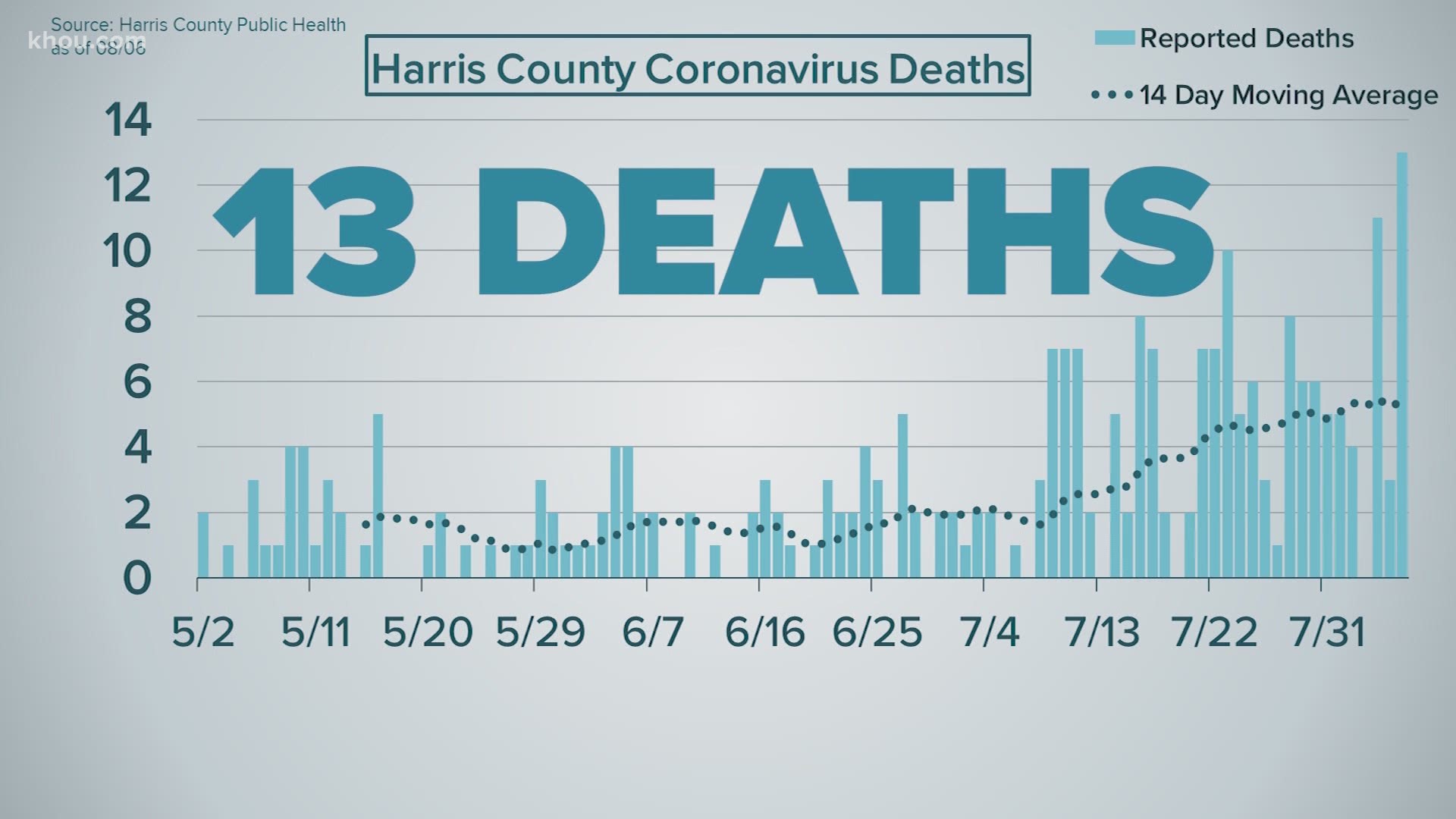 HOUSTON — The Texas Department of State Health Services announced 306 new COVID-19 deaths and 7,598 new cases on Thursday, marking the third time that Texas has reported at least 300 new deaths in a day.

When the state changed over to using death certificate data for reporting deaths, the single-day numbers increased significantly.

Texas' seven-day average positivity rate increased for the fifth-straight day to 17.05 percent. The previous high was 17.43 percent on July 16. Less than a week ago, it was 12.05 percent on July 31. Since the 31st, the state has seen a decline in daily new viral testing numbers.

The City of Houston reported a single-day high of newly reported deaths with 23. The previous high was 18 on July 31. The city posted 332 new cases, the lowest since July 27, when it reported 325.

In Harris County, outside the city of Houston, health officials reported 673 new cases and 13 deaths. The 13 deaths is also single-day high.

"#Texas is showing positive signs with fewer new cases and hospitalizations, but a new spike in cases could overwhelm Texas hospitals," DSHS wrote in a tweet.

Through the first six days in August, Texas is averaging 7,845 new cases a day. In July, the worst month of the pandemic in Texas so far, the state averaged about 8,100 cases a day.

The Houston Health Department and Harris County Public Health reported recent drops in the number of people going to get tested at some of its mega sites.