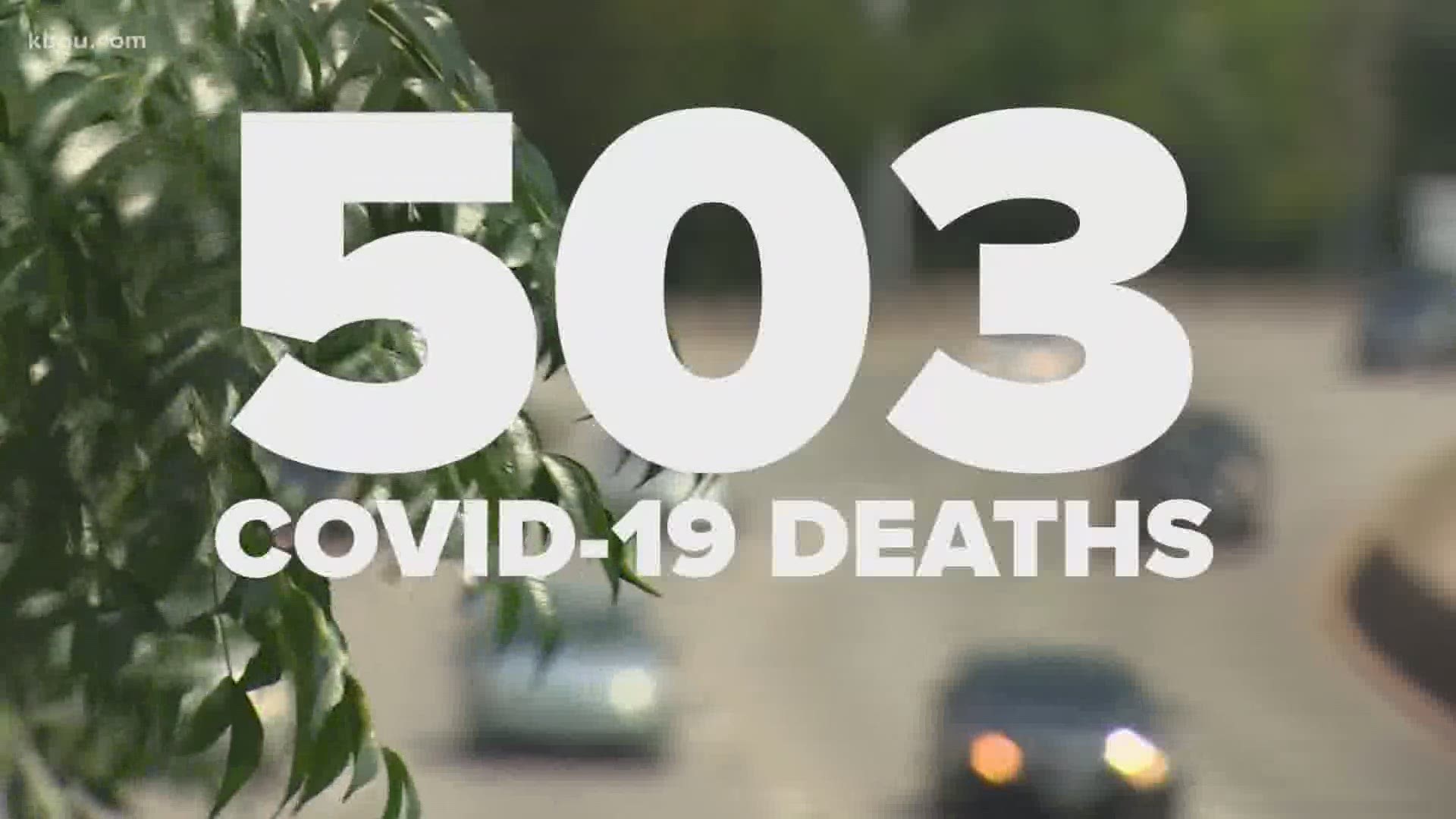 HOUSTON — The Texas Department of Health and Human Services reported 8,706 new COVID-19 cases and 235 newly reported deaths in the state on Wednesday.

Through the first five days in August – Texas is averaging almost 7,895 new cases a day. In July, the worst month of the pandemic so far, the state averaged more than 8,100 cases per day.

Texas' seven-day average positivity rate jumped from 13.88 percent on Aug. 3 to 15.58 percent on Aug. 4, which means for every seven people tested, more than one is positive for coronavirus.

The number of people getting tested statewide is showing a downward trend. Last week (July 27 to August 2), the state averaged roughly 61,528 viral tests per day. On Aug. 3, the state reported roughly 58,300 tests and another roughly 52,700 on Tuesday.

Harris County, outside of the city of Houston, reported 662 new cases and three newly reported deaths, bringing the county's total to 302 deaths.

These totals bring Houston and Harris County combined to 805 deaths and 80,914 cases since the pandemic began.

JUST IN @TexasDSHS reports 8,706 new #COVIDー19 cases, 235 newly reported deaths. Since Aug 1, #texas has reported 38,941 new cases. If new cases were to continue at this pace, TX would report fewer cases in August than in July. @KHOU #khou11 #CoronaVirusUpdates pic.twitter.com/NTFEDlIuRH

The Houston Health Department reports its positivity rate is roughly 17 percent: for every six people tested, more than one is positive.

Houston Health Authority Dr. David Persse said Tuesday they are seeing lower numbers of people coming to get tested at both Houston and Harris County sites. He said the 17 percent positivity rate is too high for contact tracers to keep up with.

"We have to get ahead of the virus and testing is really important," Dr. Persse said. "When you know you're positive, you have the power to stop the virus."

In Fort Bend County, the county judge announced a backlog of hundreds of cases due to a new case and contact tracing system called Texas Health Trace, which the state launched in late May.

The local health authority, Dr. Jacqueline Minter, says they will identify which cases are newly reported each day, and which ones are from the backlog.

“This means that although you will see large amounts of additional cases, only a portion of these will be newly confirmed cases," said Dr. Minter. “Please, please, please go get tested. That’s the only way we’ll know the level of disease in our county.”