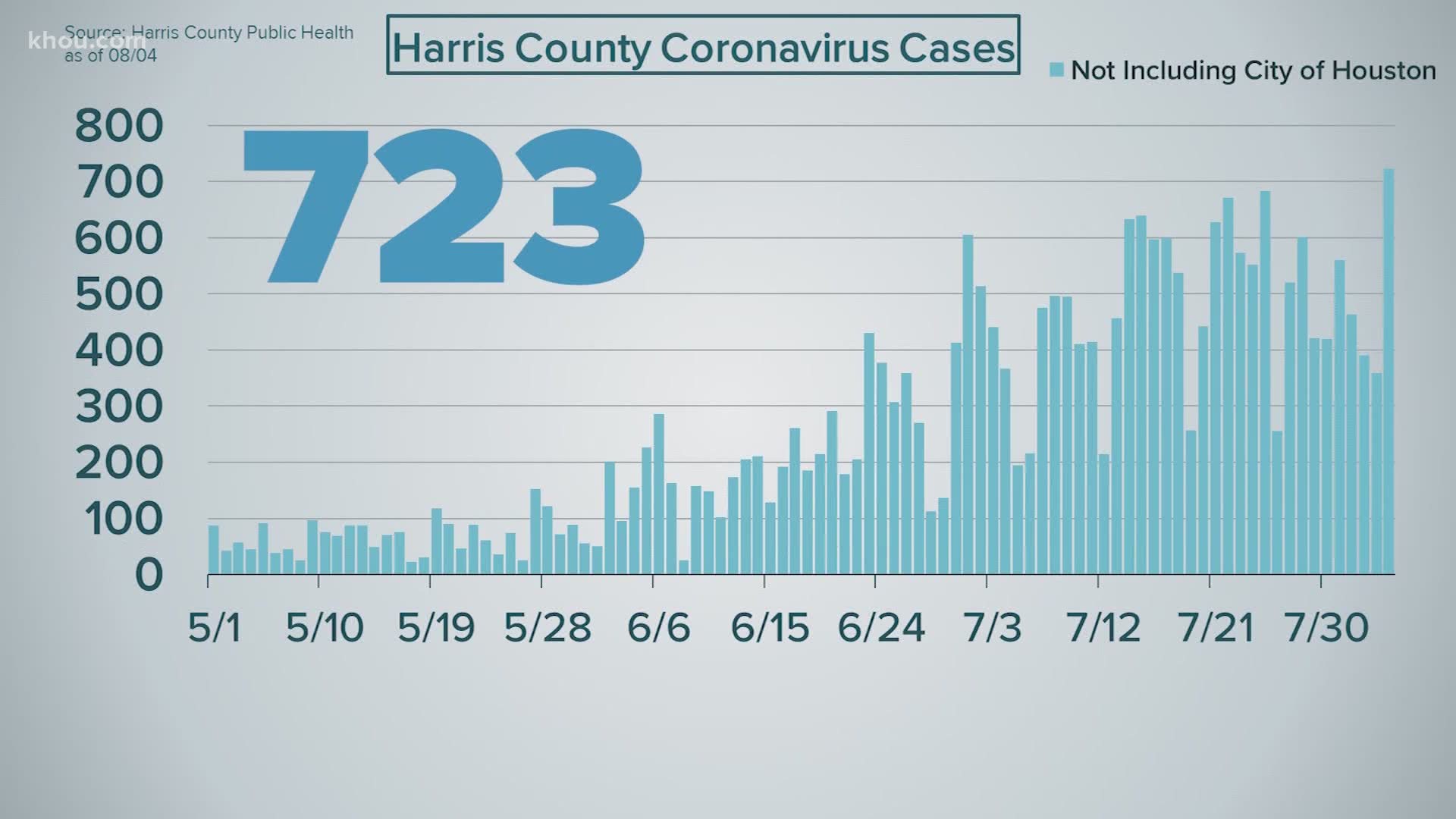 The state's seven-day average positivity rate is now increasing after two weeks of a downward trend from July 16 to July 31. Tuesday, DSHS reported a third consecutive day of increase in that rate, now at 13.88 percent, meaning more than one in every eight people tested is positive for coronavirus.

Concerning to public health officials is the yellow line on the graph in the top left. That's the 7-day avg of new #COVID19 cases. It shows us a trend instead of one single day spike. Was trending downward for about 10 days, but creeping up again. @KHOU #khou11 #coronavirus pic.twitter.com/M6lBX8AXFK

County Judge Lina Hidalgo announced 30,000 new tests the federal government expedited to Harris County because of the need. She also announced new contracts with labs that can process the test results in a maximum of 3 to 5 days. She said those labs will still be available to process other tests after the 30,000 from the federal government run out.

Harris County (including Houston) leads the state in total cases with 78,105. Dallas County is second with 51,490.

Harris County also leads the state in deaths with 1,367, more than double the number in second-ranked Dallas County with 672.