Intensive care beds in the med center are currently 97% filled. 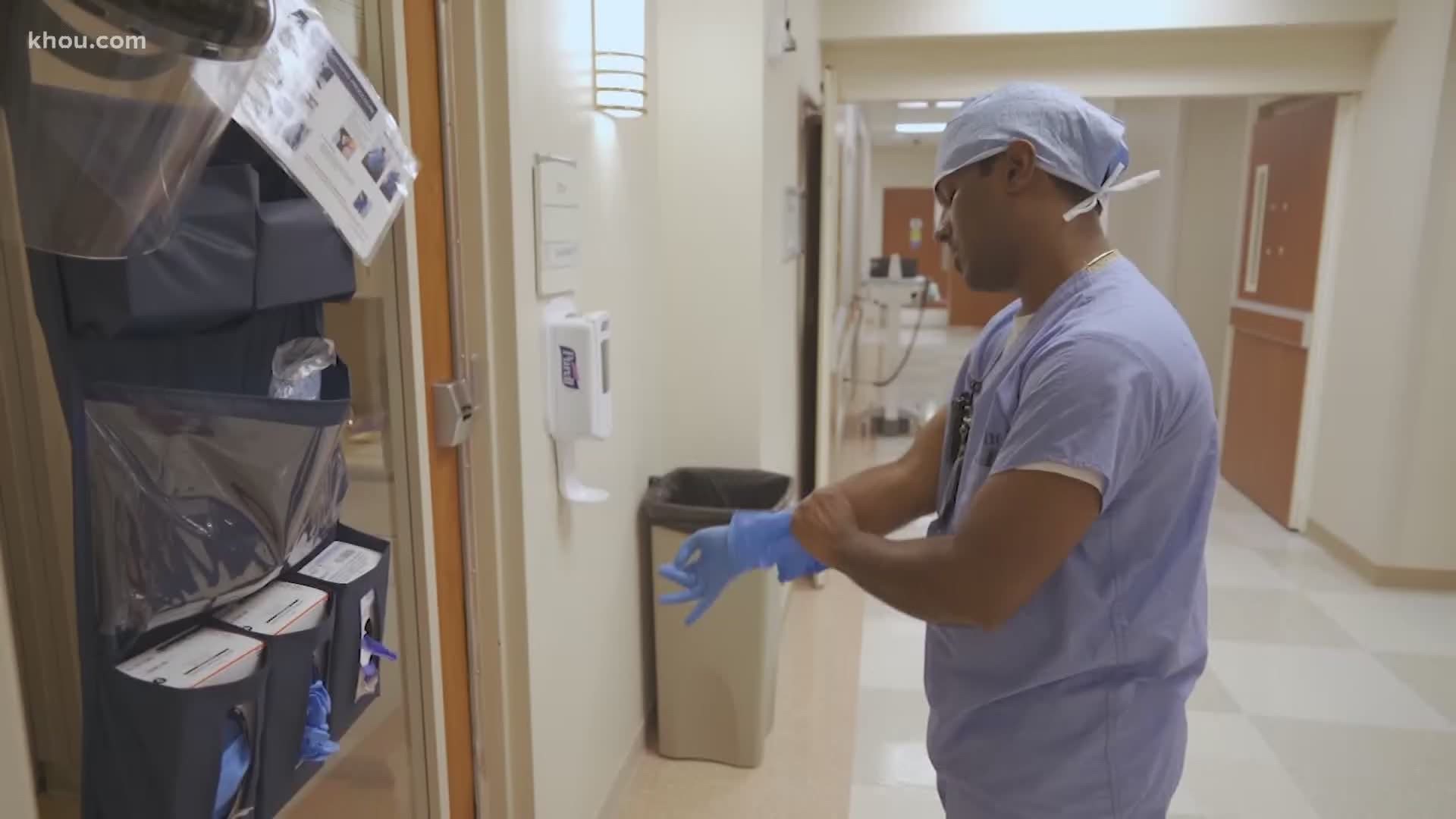 HOUSTON — The COVID-19 health crisis in Houston is about to hit yet another milestone.

The Texas Medical Center could hit its surge capacity for ICU beds on Thursday after 97 percent of its beds on Wednesday were filled.

Once the hospitals hit surge capacity, they would be forced to covert standard hospital beds into ICU beds. It’s not just the rooms that would be different, said Serena Bumpus with the Texas Nurses Association, the staff would differ, too.

“We are pulling staff nurses from other areas of the hospital that maybe might not have ever worked in the critical care setting,” Bumpus said.

ICU care could also shift to emergency rooms, something Persse said could have a knock-on effect.

As of Wednesday, 27% of the ICU patients were filled because of COVID-19.

The Texas Medical Center said its total surge capacity includes an extra 373 ICU beds; however, a TMC projection estimates that at Greater Houston's current rate, even those beds could be full by July.

That would take the hospitals into unsustainable surge capacity, like what happened in New York. That could mean two patients per room or the overflow heading to a makeshift medical shelter at NRG Park.

The medical center at NRG could be up and running in a day or two, according to Harris County Judge Lina Hidalgo's office. Because it’s hurricane season this shelter would not be outdoors like the previous shelter that was briefly stood  this spring.

It's a situation Persse said doesn’t have to happen.

“It’s all 100% avoidable by wearing masks and social distancing,” he said.