Houston's health authority said the situation in Greater Houston is getting worse by the day. 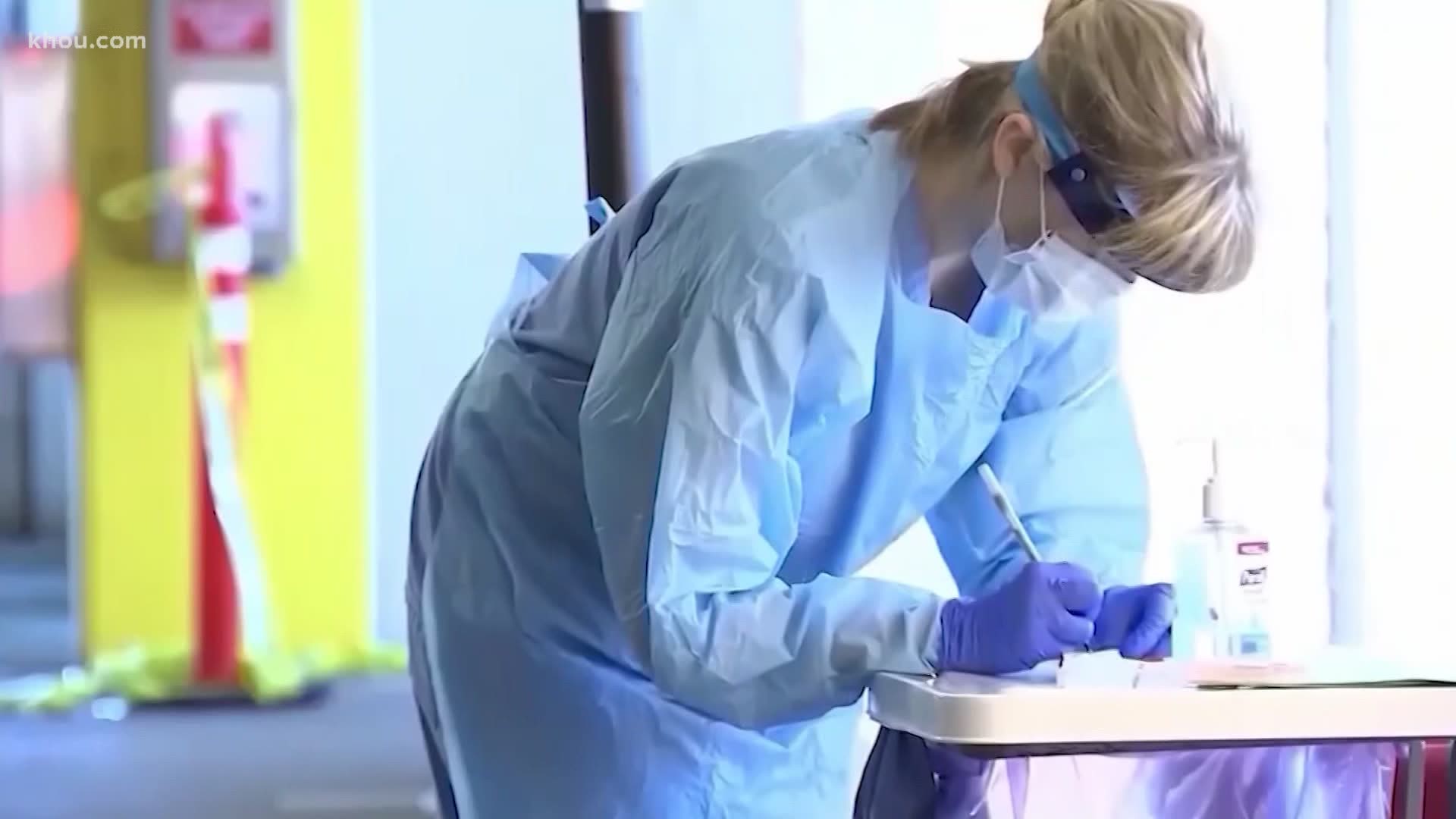 The city of Houston reported its largest daily increase in cases on Friday.

Dr. David Persse, the Houston Health Department's leading health authority, said the data show the coronavirus situation in Greater Houston is getting worse by the day.

“I think that Houstonians did a really good job, right up until now,” Persse said, “where apparently it looks like we’re not doing a very good job anymore.”

Persse said lab companies have taken time returning test results and that some of the past days’ results are from tests performed as far back as June 8.

Nonetheless, Persse said the tests are merely a sample of what is really happening.

“I guess it would be fair to assume that our numbers are much much greater than that?” KHOU 11 asked Persse.

“That’s right,” Persse said. “When you do the testing, you’re not testing everyone in the community, it’s a sample of the community. Yeah, it probably is much larger.”

Local hospital admissions shows a more timely picture of the disease in the Houston area.

The Texas Medical Center’s hospitals compile COVID-19 admissions for all of their system hospitals in Greater Houston.

There have been almost 400 new patients admitted to their hospitals with COVID-19 in the last two days.

The hospital stays for patients admitted with COVID-19 are not short.

That is if the patient recovers.

According to the TMC regional hospital data on resolved cases, more than 22 percent of COVID-19 patients admitted to hospitals will die.

That is roughly one in five patients.

“Earlier on, when we were seeing predominately elderly folks getting the virus, and this is the ‘nursing home phenomenon,’" Persse said. “Obviously, they’re quite ill and they have a lot of co-morbidities.

"As we move forward and we see a younger population becoming infected and hospitalized, I’m hoping that they will be more resilient and we’ll see a lower death rate.”

Right now, patients are currently being admitted faster than they are discharged.

Persse said local hospitals are now seeing a rise in ICU admissions, which he said was predictable.

He said ICU beds are running at about 90 percent capacity across Harris County.

Data from TMC reveal ICU bed capacity could be exceeded in Greater Houston in two weeks.

“There are multiple factors all occurring at once,” Persse said. “Our concern is that too many of them are moving in the wrong direction.”