The Texas GOP in-person convention is scheduled for July 16-18 and is expected to bring more than 6,000 people to the George R. Brown Convention Center. 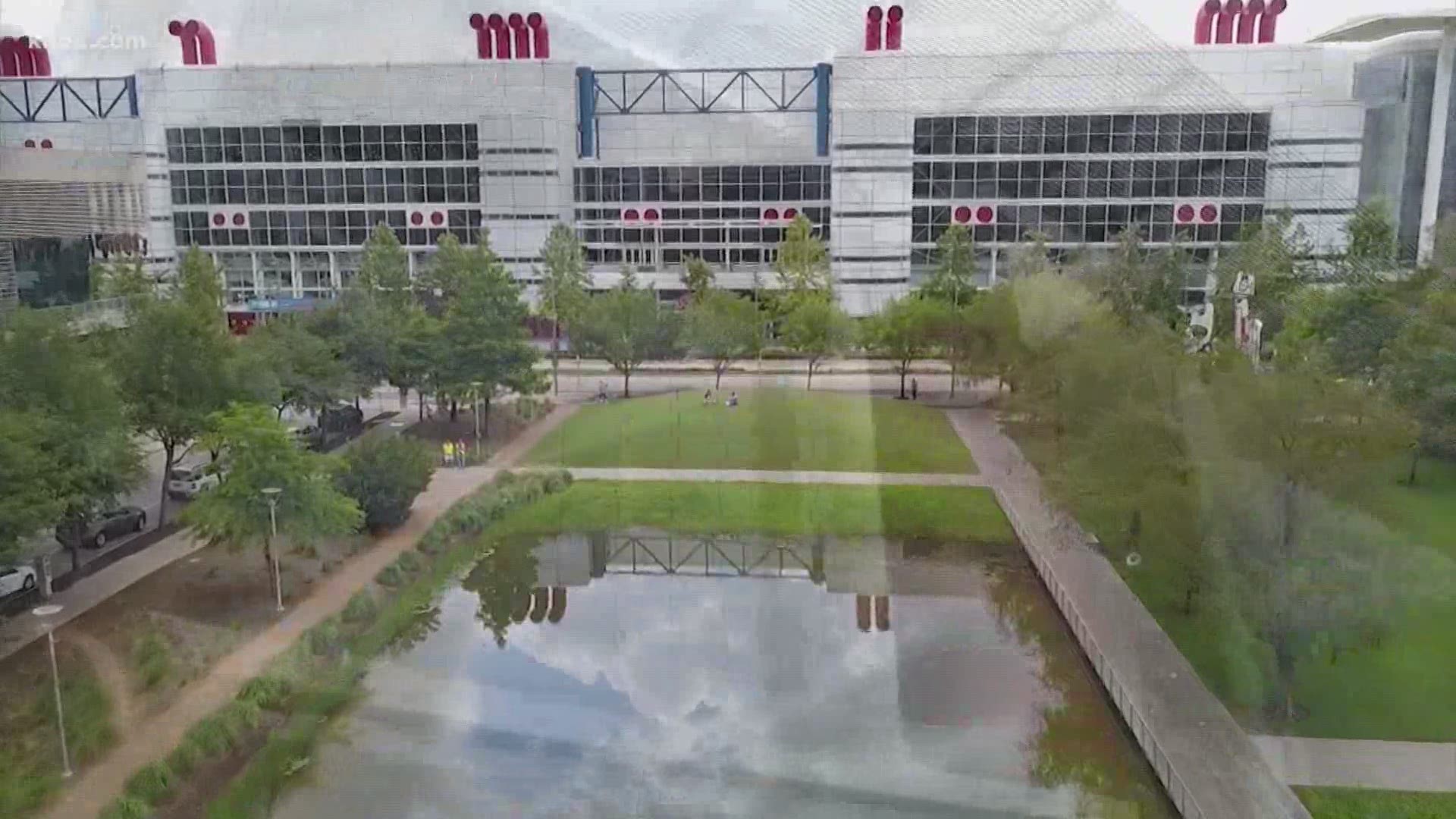 HOUSTON — Houston Mayor Sylvester Turner said he will be writing a letter to the executive director of the Texas GOP to cancel this month's in-person convention at the George R. Brown Convention Center.

On Monday, Mayor Turner pleaded with the event's organizers and sponsors to call it off and said if canceling is not an option, to at least make the in-person convention -- which is scheduled for July 16 through 18 -- virtual due to the surge in COVID-19 cases in the city of Houston.

"I believe canceling the GOP convention is the responsible action to take while we are in a critical moment," Turner said.

Turner said all major conventions and conferences scheduled this year have been either canceled or rescheduled to 2021 expect the GOP convention and he doesn't think it's wise to bring thousands of people together as the city desperately works to slow the spread of coronavirus.

Turner said if the convention happens, organizers must adhere to the following rules:

There were no new deaths reported, though Turner said deaths typically lag in the case count.

Dr. Persse with the Houston Health Authority joined Turner during his press conference and said as of Monday more than 500 Houston-area residents are in intensive care units in Harris County.

Persse said there's evidence that the virus may be mutating which is causing it to spread more easily. Fortunately, the mutation doesn't appear to be more lethal, according to Persse.

Persee also mentioned that about 200 scientists believe that COVID-19 could possibly be airborne and if that holds true, this news will be a "game-changer."

Houston Fire Chief Sam Pena spoke during the press conference as well and said 285 firefighters are currently in quarantine due to COVID-19 exposure. He said the majority of firefighters are getting exposed from community-spread, outside of work.

Pena addressed the news released last week about fire stations closing due to a reduction in staff and said he is doing everything in his power to prioritize staffing at all fire stations and no stations will be closing.

"We are working overtime to bring people in," Pena said.

As of Monday, 206 HPD officers are in quarantine, according to Houston Police Chief Art Acevedo.

About 260 officers have tested positive for the virus. One is in pretty bad shape, according to the chief.

Acevedo said he will speak to the family to see when if it will be appropriate to release the officer's name.

The Republican Party said it intends to move forward with the in-person convention in Houston next week.