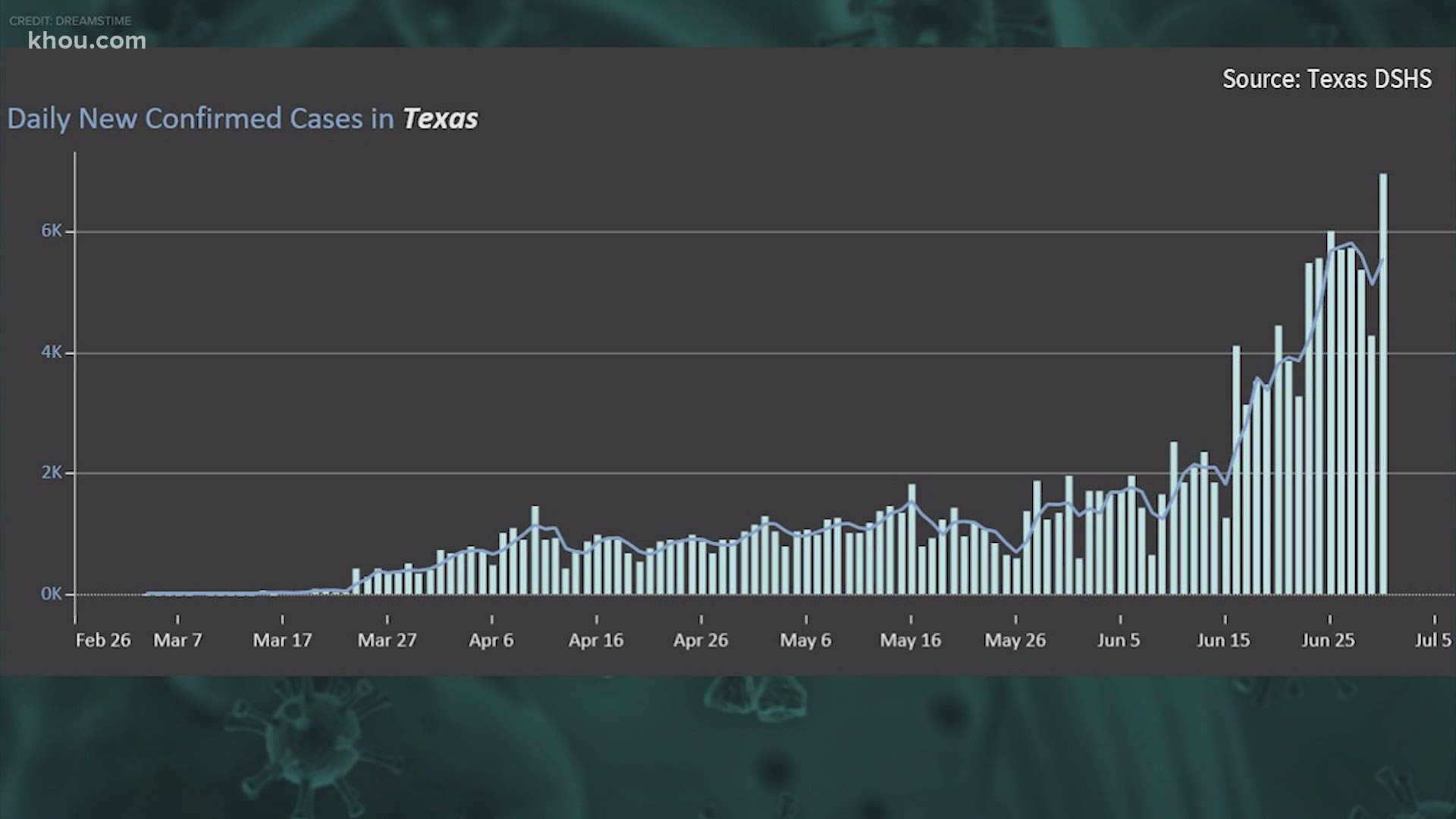 It's a record-high for the state. There were 6,975 cases documented across the state Tuesday, up significantly from Monday's 4,288 reported cases.

But not all counties reported numbers on Monday, so Tuesday’s numbers could reflect a two-day total in certain counties. Wednesday's numbers will be more telling.

The statewide positivity rate is also up to 14.02 percent.

RELATED: Texas hit 50,000 COVID-19 cases in 76 days. Since then, the infection rate has more than doubled

Locally, the Houston area had 1,265 new reported cases Tuesday, which is the lowest weekday total in 10 days.

Brazoria County added 100 new cases Tuesday, and up until then, had never added more than 100 civilian cases in a day. There is only one higher day for the county, a day in which it reported a spike in prison cases.

Galveston County reported its second-highest single-day total with 231 cases. It’s the third time in a week the county has added more than 200 cases.

Montgomery County added 105 new cases, the most the county has reported.