Coronavirus by the numbers in Dallas County 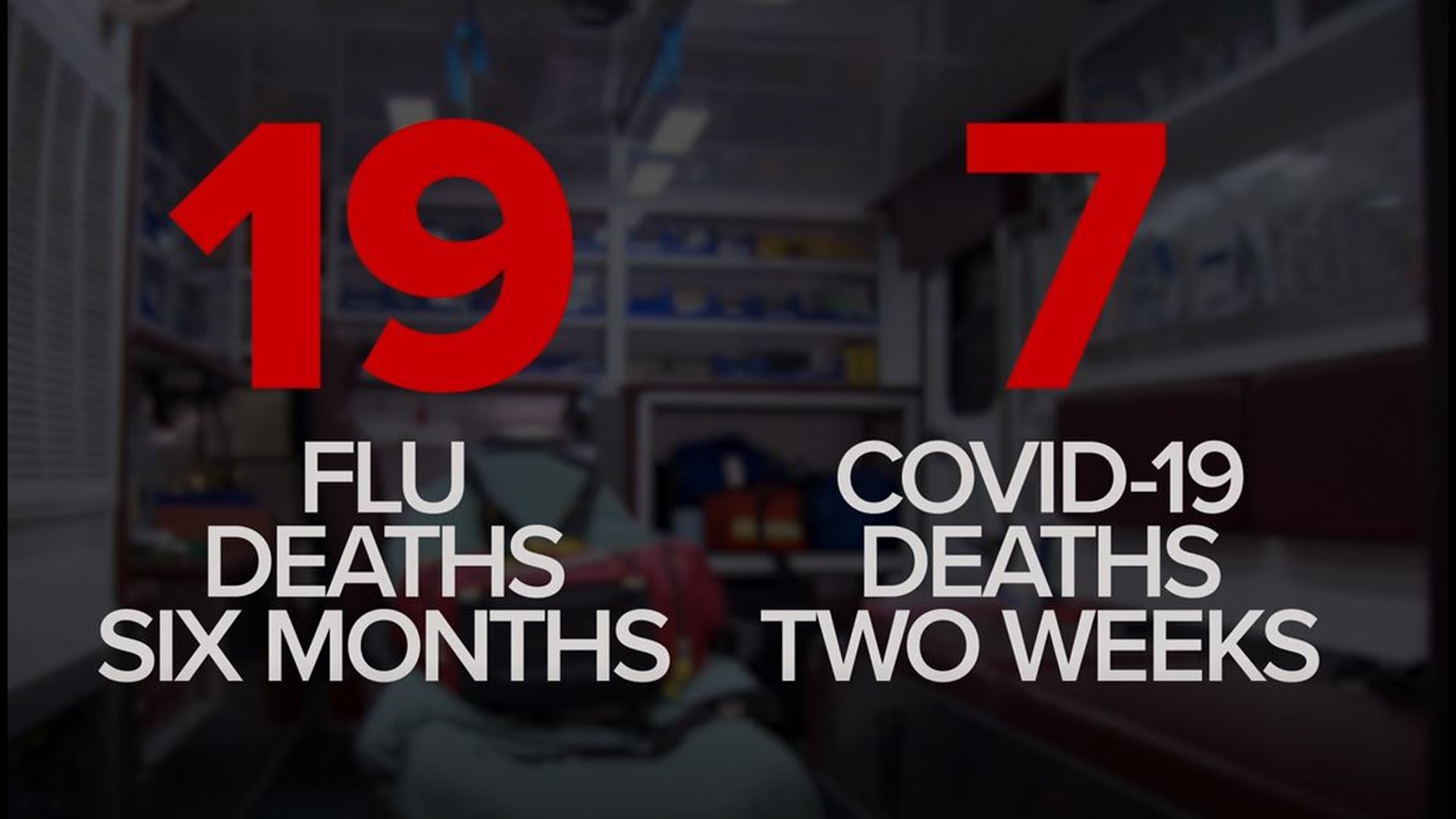 The first confirmed case of coronavirus appeared in Dallas County on March 10.

According to the report, 68.4 percent of patients who tested positive in Dallas County did not require hospitalization.

Of the 111 patients who were hospitalized, 40 required a stay in an intensive care unit and 23 needed a mechanical ventilator.

The county reported seven deaths related to COVID-19 between March 14 and March 27.

By comparison, the report shows Dallas County recorded 19 flu deaths in a six-month span from September 2019 to March 2020.

Credit: DCHHS
A graphic provided by Dallas County Health and Human Services shows what they call an "unusual" increase in ER visits with patients reporting flu-like symptoms since early March.

More than 59 percent of confirmed COVID-19 cases are residents in the city of Dallas.

Eighteen other cities have reported at least three cases – with Irving, Garland, DeSoto, and Mesquite reporting more than a dozen each.

A copy of the report can be downloaded from the DCHHS website. Look for a link the middle of the page to the "Dallas County Summary Table of Cases."

These are the confirmed COVID-19 cases in Dallas-Fort Worth

Do I have to stay inside? Here's how North Texas counties are handling COVID-19

Timeline: Tracking the spread of COVID-19 in Texas