Mark Olson, a financial planner, had traveled to the New York and Houston areas before testing positive for the virus. 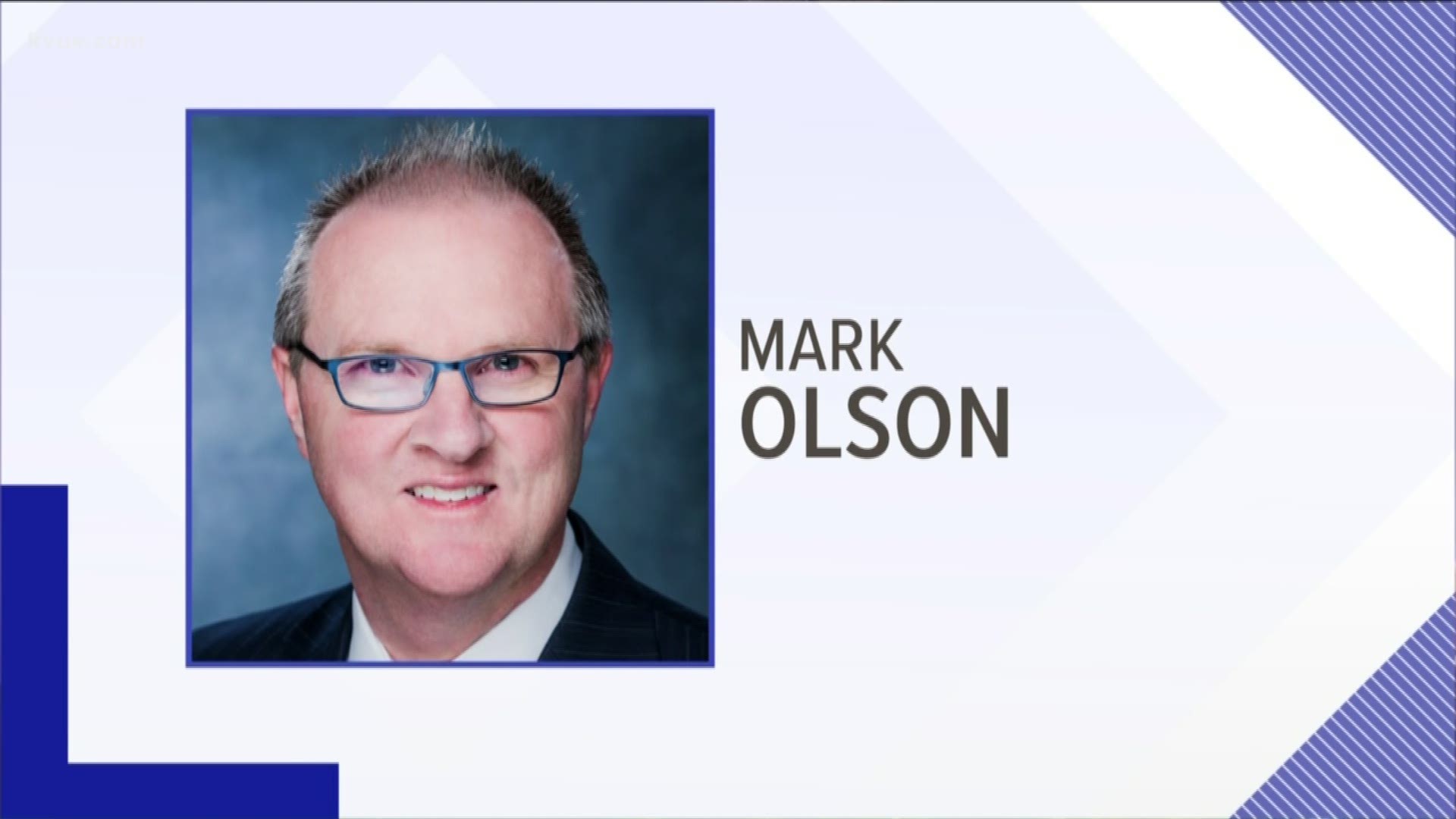 AUSTIN, Texas — An Austin businessman says he is recovering at home from coronavirus after learning Sunday that he tested positive.

Mark Olson, 53, had traveled on business to the suburbs of New York City the last week of February, followed by a trip to The Woodlands, Texas, near Houston, prior to getting his first symptoms March 13.

He said those symptoms started with a headache, followed by a cough, chest pain and stomach issues.

“I’m trying to pay a lot of attention to my breathing, whether I am having any breathing issues or shortness of breath," Olson told KVUE and the Austin American-Statesman in a FaceTime interview.

At one point in the past 10 days, Olson said he has felt "almost like a mild heart attack kind of pressure" but generally describes his symptoms as not severe. He said he is treating them at home with pain relief such as Tylenol.

None of the other coronavirus patients in Austin or Travis County have spoken publicly about having the virus. As of Monday afternoon, the City said there are 79 people who have received a diagnosis.

Officials have said most of the patients had contracted the virus from travel, but that in recent days, they have begun diagnosing others who have no idea where or how they got it.

Olson said he and his wife decided that based on his symptoms and travel schedule in the past month, he may have come into contact with the virus.

They completed an online questionnaire before Olson was approved for testing on Wednesday. On Sunday, he said clinic staff called and informed him he had the virus.

“They just told me, unfortunately, they needed to deliver the news that I tested positive,” Olson said.

They instructed him that he must remain alone until three days after his last symptoms pass. They also directed his wife and son to remain quarantined for 14 days in case they were exposed. Neither has had any symptoms at this time.