New Jersey state health officials have sent the results to the Centers for Disease Control and Prevention to confirm the case. 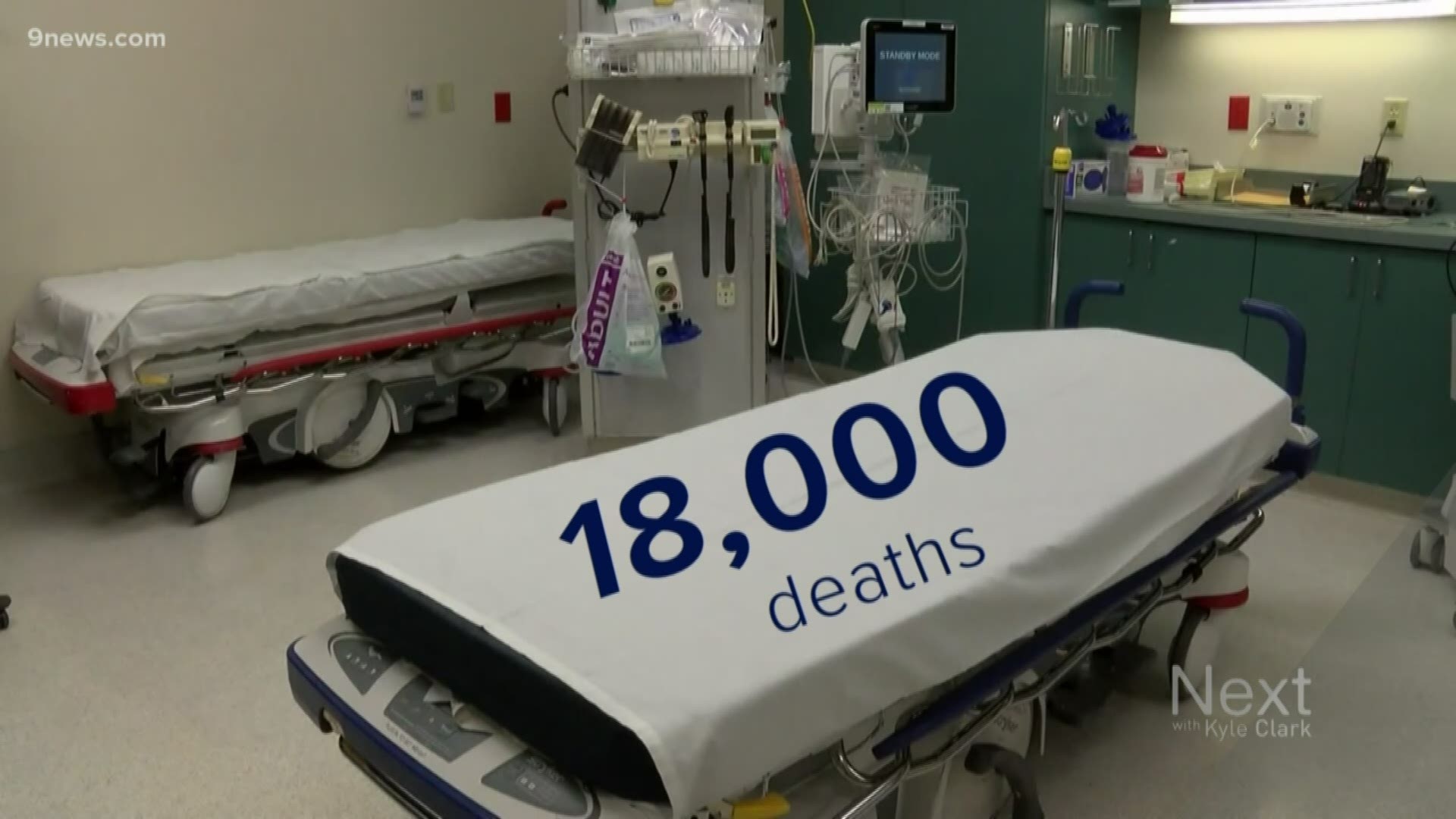 WASHINGTON — A man in his 30s who's hospitalized in Bergen County has New Jersey's first positive test for COVID-19, Gov. Phil Murphy said in a statement Wednesday.

State health officials have sent the results to the Centers for Disease Control and Prevention to confirm the case, Murphy said.

“We take this situation very seriously and have been preparing for this for weeks," Murphy said in the statement. “I urge residents to remain calm and use resources from the New Jersey Department of Health and Centers for Disease Control to prepare and prevent the spread of infection."

California's governor declared a statewide emergency due to the threat of the new coronavirus, becoming third US state to do so. Washington and Florida are the other two.

The first U.S. coronavirus death outside of Washington state was reported in California on Wednesday.

A northern California resident died from complications of COVID-19, according to health officials who described the person as an "elderly adult with underlying health conditions."

Placer County Health Officer Dr. Aimee Sisson said, “We extend our deepest condolences to the loved ones of this patient.”

Officials say the patient, who has not been identified by name or gender, was probably exposed to coronavirus while on a cruise from San Francisco to Mexico sometime between Feb. 11 to Feb. 21.

The cruise ship is now under investigation as the Centers for Disease Control and Prevention probe a “small cluster” of coronavirus patients who were aboard, according to the cruise line. Another passenger who contracted the COVID-19 virus is now in stable condition at a hospital in Sonoma County, north of San Francisco.

The same cruise ship deployed for another trip to Hawaii and then Mexico but is headed back for docked quarantine off of San Francisco.

Shortly before California's first coronavirus death was announced, the Washington State Department of Health confirmed another person has died from the coronavirus in King County, Washington.

The two cases bring the number of deaths in the U.S. up to 11. California currently has 53 confirmed cases of coronavirus.

Gov. Gavin Newsom said the emergency proclamation is intended to help procure supplies and resources quickly. He announced the move Wednesday afternoon during a news conference, hours after the patient's death in Placer County was announced.

The House has easily passed an $8.3 billion measure to battle the coronavirus outbreak in the U.S.

The sweeping bipartisan vote came just nine days after President Donald Trump requested action. The legislation more than triples the $2.5 billion plan unveiled by Trump just last week. It would speed the development of vaccines and new medicines to battle the virus, pay for containment operations, and beef up preparedness.

Trump is expected to sign the measure, which has the blessing of top Republicans. Next up is the GOP-controlled Senate, which hopes to pass the bill Thursday for Trump's signature.

Senate Appropriations Committee Chairman Richard Shelby told NBC News, “This should not be about politics; this is about doing our job to protect the American people from a potential pandemic."

Los Angeles went under a local state of emergency, before the statewide announcement was made, over coronavirus concerns after the number of cases has increased there to seven.

The LA Times reports that none of those cases are connected to community spread, according to officials. Los Angeles Mayor Eric Garcetti made the announcement Wednesday afternoon speaking at a press conference streamed on Facebook Live.

Garcetti updated the public on what they are doing to "prevent the spread of coronavirus and protect public health. Garcetti said he has, "signed a declaration of local emergency for the City of Los Angeles."

Dr. Barbara Ferrer, director of the Los Angeles County Department of Public Health said six of the seven cases are new, NPR reported. As of Wednesday, there were at least 80 confirmed cases of the coronavirus in the U.S, which causes COVID-19 disease. The CDC said nine deaths in the U.S. have been blamed on this outbreak.

The airline industry is making some big decisions as the country works fast to try and handle the outbreak.

As the Associated Press reports, United Airlines says it plans to cut international and U.S. flying as well as freeze hiring. The carrier will reportedly ask employees to volunteer for unpaid leave as it struggles with weak demand for travel because of the new virus outbreak.

United executives are reportedly expected to be ready for these reductions to carry over into May. It isn't clear what the plan is farther down the line, but it will depend on what happens to flight bookings over the next few weeks. United’s CEO and president says the company hopes the moves are enough, but the nature of the outbreak will require the company to be nimble regarding how it responds.

Some airlines and hotels are adjusting their usual cancellation policies as the fast-spreading coronavirus forces travelers to reconsider their trips.

Several major airlines are waiving future change fees for tickets bought in the next two weeks. And more people are buying travel insurance, doling out extra money for the right to get reimbursed after canceling a trip for any reason.

This comes as the U.S. Centers for Disease Control is recommending avoiding all nonessential travel to China, Iran, South Korea and Italy, and says older adults or those with chronic medical conditions should postpone travel to Japan.