The adult entertainment club's owner says he's not giving up after the venue was forced to close early. 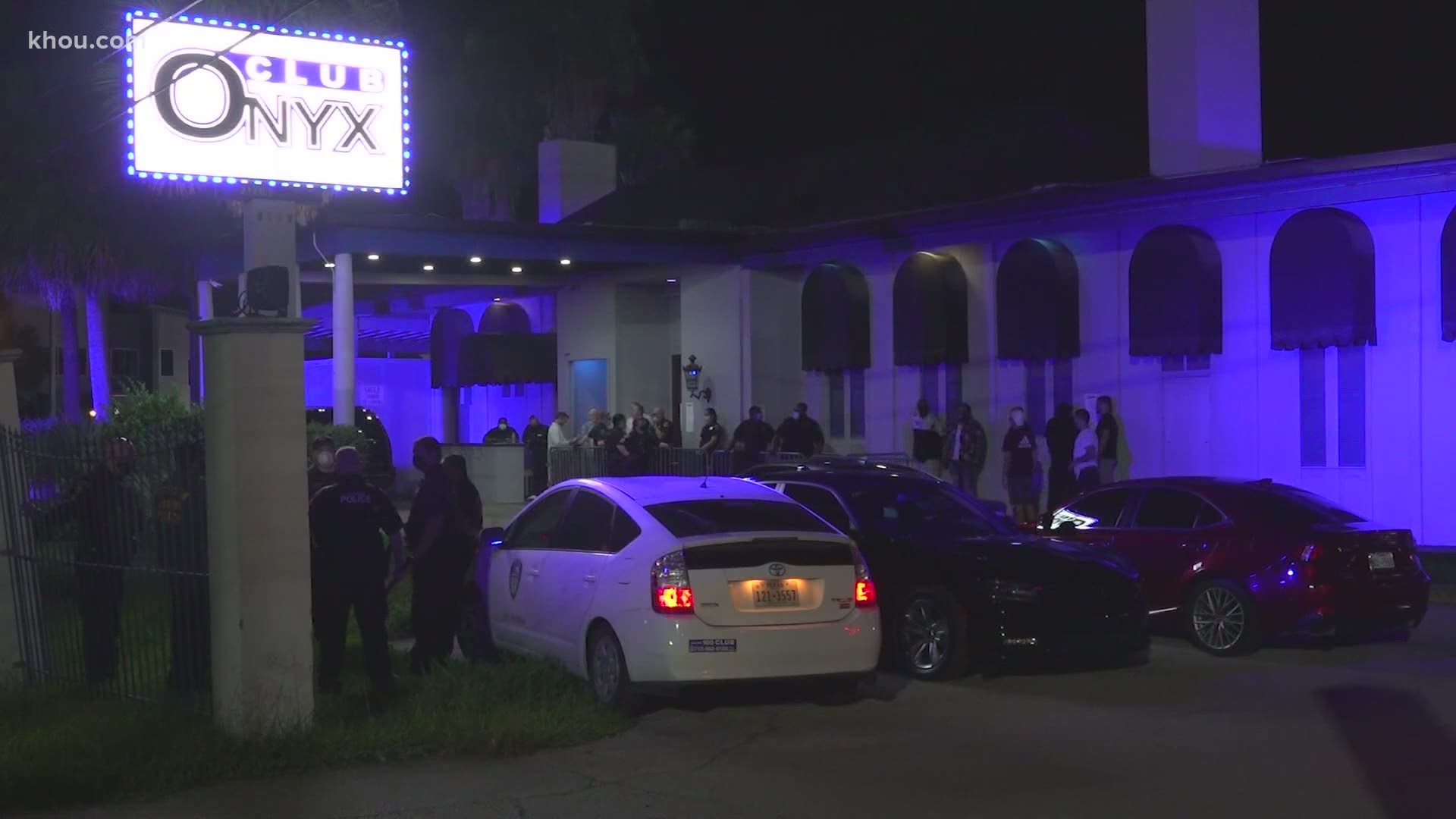 HOUSTON — A Houston strip club that opened its doors at midnight Thursday night as a "restaurant with entertainment" was shut down only 15 minutes later by Houston police and the fire marshal.

Authorities turned off the music at the club and put a halt to the show as they tried to determine if the facility had the proper permits to operate as a full service restaurant.

Club ONYX, which is off Richmond Avenue near Chimney Rock Road, earlier posted its reopening announcement to social media.

Seating would be limited, according to the club's post. Sanitation stations would be set up inside, social distancing guidelines will be followed, and no parties of more than six people would be allowed to be booked, the post read.

Owner Eric Langan told cameras early Friday he checked his TABC permit, which labels his venue as "blue," an establishment he claims is able to open May 1.

"So then we said, 'ok are we a restaurant?' So we pulled out our City of Houston health permit, and it said, it's really hard to read because it's highlighted type - it said full service restaurant."

Langan said the club's permits and licenses are up-to-date, and his employees, some of whom could not get unemployment, are ready to get back to work.

"The reality of it is, with about 25% occupancy, we can have about 75 people here. We're not going to make money, but our employees will make some money, and people will get to get out of the house."

Langam said police and the fire marshal halted business early Friday morning because their Certificate of Occupancy lists the club as a "restaurant and bar."

On Thursday, the state clarified that bars would not be allowed to open as part of phase one.

Shortly before 4 a.m. the owner closed the club for the night after a warning that he would face a class B misdemeanor if it stayed open, but he's not giving up. He said he would be talking to his attorneys, and he plans to reopen again Friday night - "dressed for jail" if he needs to be.

"Club Onyx Houston is happy to announce that we will be opening our doors Thursday at 12 midnight as a restaurant with entertainment. Seating will be limited as we will be following state guidelines and health recommendations of social distancing. We will have sanitary stations set up with hand sanitizer and all staff will be practicing the strictest sanitary guidelines. Please make reservations online ASAP and no parties over 6 people can be booked."

Onyx Houston
Club Onyx Houston is happy to announce that we will be opening our d... oors Thursday at 12 midnight as a restaurant with entertainment. Seating will be limited as we will be following state guidelines and health recommendations of social distancing.

RELATED: Theses are the restaurants in the Houston area that will be open for dine-in Friday

RELATED: Retailers/misc. opening in the Houston area and how they're protecting employees and customers