Clay County: 'Expect number of cases to rise over the course of next 8 to 10 weeks'

Clay County now has a total of 56 confirmed cases of COVID-19 with six deaths. 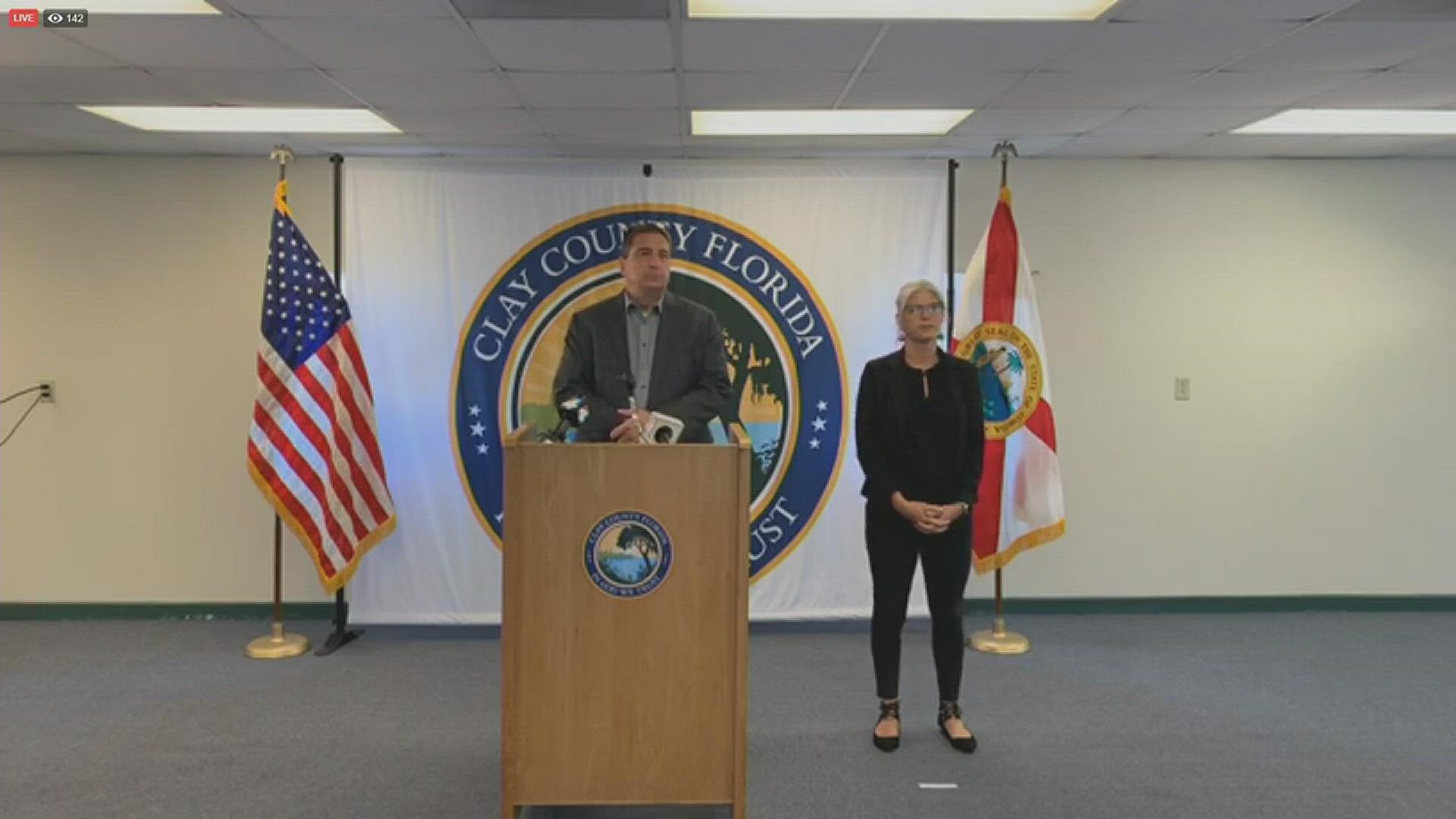 Clay County officials hosted a news conference Thursday after another person died from COVID-19. This marks the sixth death in the county with a total of 56 confirmed cases.

Right now, county officials are encouraging people to take advantage of the resources and updated numbers available on the Florida Department of Health's website.

Officials expect that the number of people testing positive in Clay County will continue to rise moving forward over the course of the next 8 to 10 weeks.

By flattening the curve, they say they can prevent a surge in hospitals which they say is a top priority considering the surges they have seen at hospitals in states like New York.

But as of now, there are plenty of beds available for any additional cases that will come forward in Clay County

As far as the school district is concerned, all end of the year activities have been canceled, including prom, but the district has not totally ruled out the idea of having graduation.

Sheriff Daniels spoke about the lessening jail population and how his staff has noticed a decrease in crime since the pandemic began.

However, he reminded people that his office will be actively patrolling and keeping an eye out people and businesses in non-compliance with the Governor's 'safer-at-home' order.

As of Thursday, 542 cases of the coronavirus have been reported across the First Coast, according to numbers combined from both states' departments of health.

In Northeast Florida, here are the latest numbers according to the Florida Department of Health:

There are a total of 8,010 cases reported in the state of Florida. In total, there have been 128 Florida deaths.

In Southeast Georgia, here are the latest numbers according to the Georgia Department of Health:

RELATED: What you should know about Florida's stay-at-home order