Child sex trafficking survivors in Texas have virtual meetings with celebrities to talk about overcoming obstacles and keeping hope alive during the COVID-19 crisis. 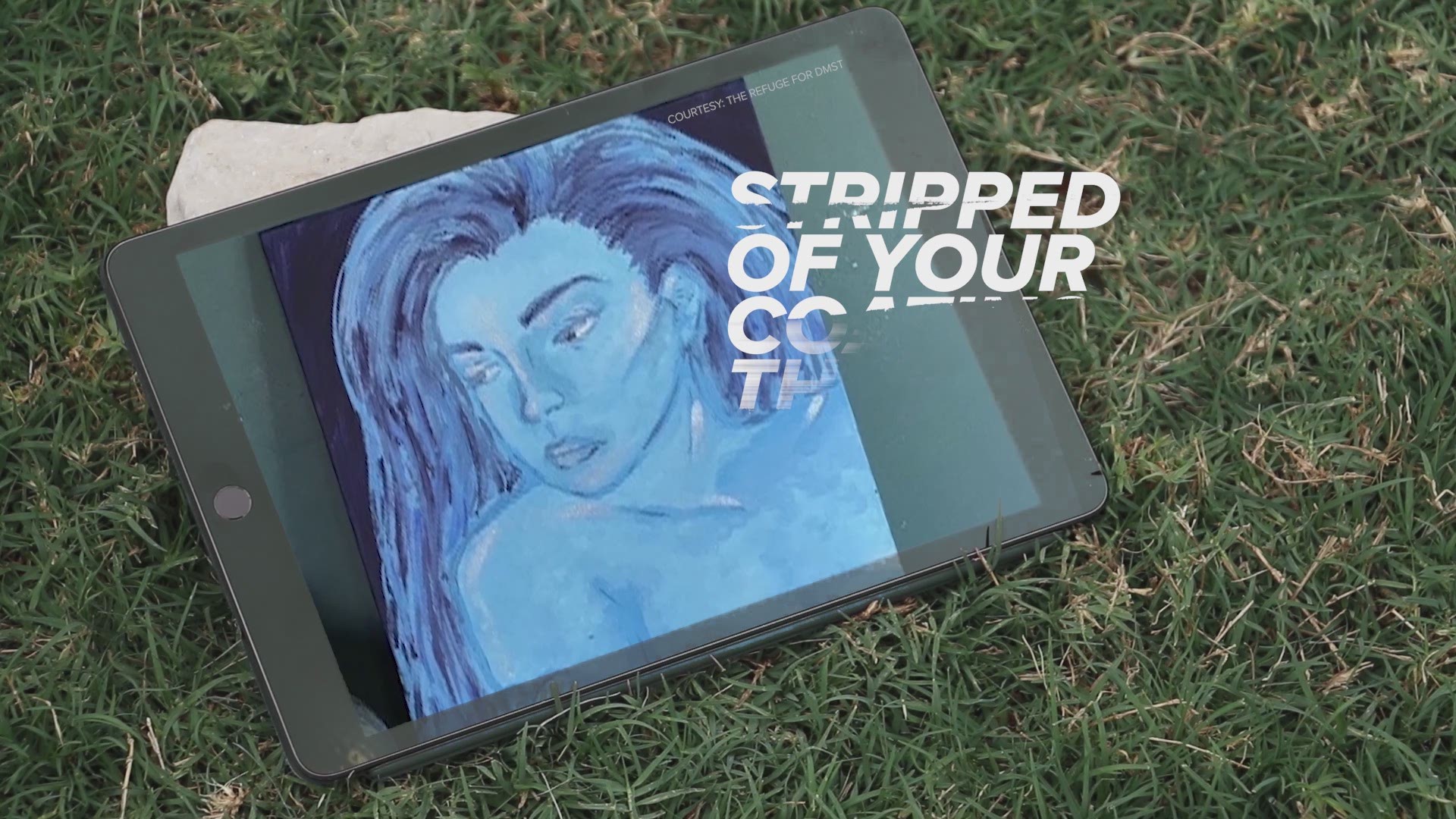 AUSTIN, Texas — Award-winning musicians, Olympians and survivors are among a few of the celebrities speaking to child sex trafficking survivors in Texas.

“Teenage girls that are already highly traumatized respond differently. Sometimes it takes very little to trigger that fear,” said Brooke Crowder, founder and CEO of The Refuge for DMST.

Crowder said COVID-19 and the economy impacts the facility.

More than three-quarters of the therapeutic facility is donor-funded. The government requires a 2:1 child-to-caretaker ratio.

“We don't have a lot of cushion to lose staff,” said Crowder.

Everyone at the Ranch is screened daily for symptoms. For safety, the nonprofit stopped volunteers for certain “enrichment” programs, like art therapy and yoga therapy.

“We do have an art studio on site and the girls can still do art. We were bringing in volunteer professional artists to do some fun and creative things with them when we had to suspend that type of thing,” said Crowder.

Why an Austin church brought human trafficking awareness to its sanctuary

With federal and state guidelines, the survivors also must practice social distancing.

“A lot of people might not realize that the girls go off campus – more often than some people might realize – for various reasons. Sometimes it's just to run to the store with the housemother. Sometimes it's ... for a dentist appointment. Sometimes they get a special outing or something active. So, they're pretty much there now 24/7, all the time, on property,” said Crowder.

Crowder said they had to figure out a way to help the teens connect with others and not feel as isolated. Staff reached out to celebrities around the country for help and developed Refuge Talks.

“It was really just to help the girls feel connected and also bring hope,” said Crowder. “Hope is something that we're all looking for.”

The Refuge Talks are edited to keep the survivors’ identities hidden, then made available on the nonprofit’s website.

How dentists can spot sex trafficking

6-year-old boy was regularly locked inside a shed in Dallas, arrest warrants allege