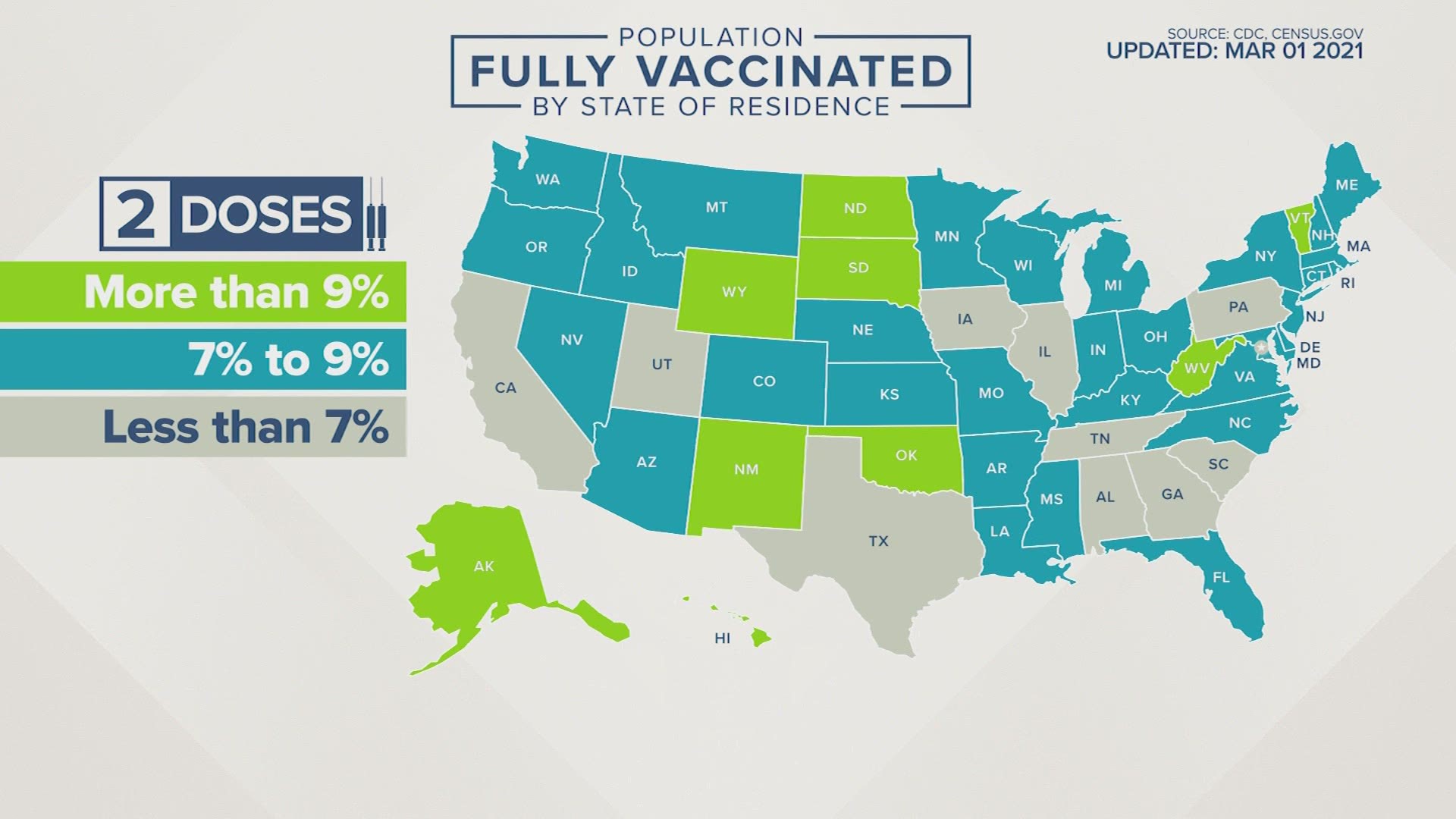 HOUSTON — Gov. Greg Abbott provided a lot of information Tuesday on why he thinks now is the right time to end some statewide COVID-19 restrictions.

KHOU 11 News is taking a look at the numbers and how they’ve changed over the past few months.

It’s no secret that COVID-19 vaccines are putting us in a much better position to fight this virus, but is Texas ready to remove the mask?

The first shipment - 12,000 doses - of the Johnson & Johnson single-shot vaccine arrived at NRG park Tuesday. In Texas, millions of COVID vaccine doses have already been distributed.

“More than 5.7 million vaccine shots have already been given to Texans," Abbott said.

That’s just under 7% (6.8%) of Texas’ total population while other states have much higher vaccination rates.

In terms of coronavirus hospitalizations, let’s take a look at where Texas stands.

“Hospitalizations are the lowest they’ve been in four months," Abbott said.

Next, let's talk about our positivity rate.

“Today is the lowest positivity rate we’ve had in four months," Abbott said.

State data shows Tuesday was the first day that Texas’s positivity rate dropped under 9% (8.7%) since Oct. 15 (8.9%). But Harris County’s positivity rate is still much higher than that. It was 13.1% as of Tuesday.

New confirmed cases have also dropped significantly since January. But one thing to keep in mind – the winter storm put a halt to testing for several days so any drop off in new confirmed cases may be misleading.

One number you can't forget is that Texas has had more than 43,000 people die from the virus out of the nearly 2.3 million people infected.

The only states that have higher death tolls are California and New York.