Why the pandemic could give players more power. 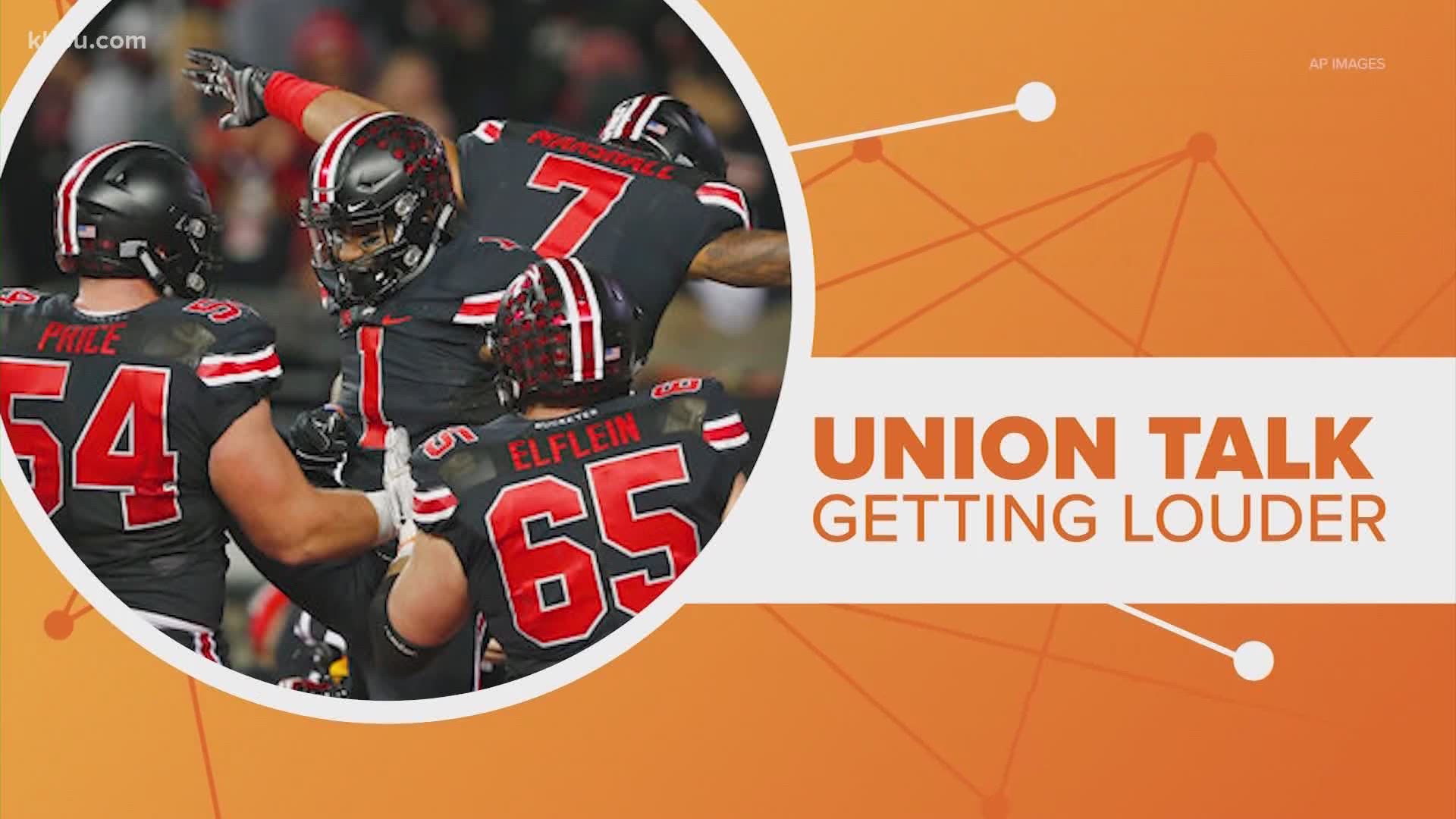 College football is a lot more than just fun and games, it’s a business worth billions. And making decisions about pandemic play is a little more complicated than making that call in the NFL.

Both college and professional football are big business and making the decision whether to cancel the season or play involves a lot of the same concerns.

However, there is one big difference: players in the NFL are professionals and have their own union negotiating their safe return. Meanwhile, the college players are student athletes, and right now, they don’t have a seat at the negotiating table.

That doesn’t mean college players don’t want to play. Several of the bigger names have come forward saying they want to hit the gridiron.

They just want some transparency when it comes to safety rules and a say in the negotiations. And the back and forth on this season could lead to big changes.

A union for college athletes is not a new idea. An attempt was shot down in 2015 after some players at Northwestern Universality tried to organize.

A judge ruled that since they weren’t technically school employees they couldn’t unionize. Now that players are coming together demanding a say about their safety during the pandemic, calls for a union are also getting louder.