Here's what a legal expert thinks of Biden's vaccine mandate

The President's mandate will require employers with more than 100 workers require them to be vaccinated or test for the virus weekly. 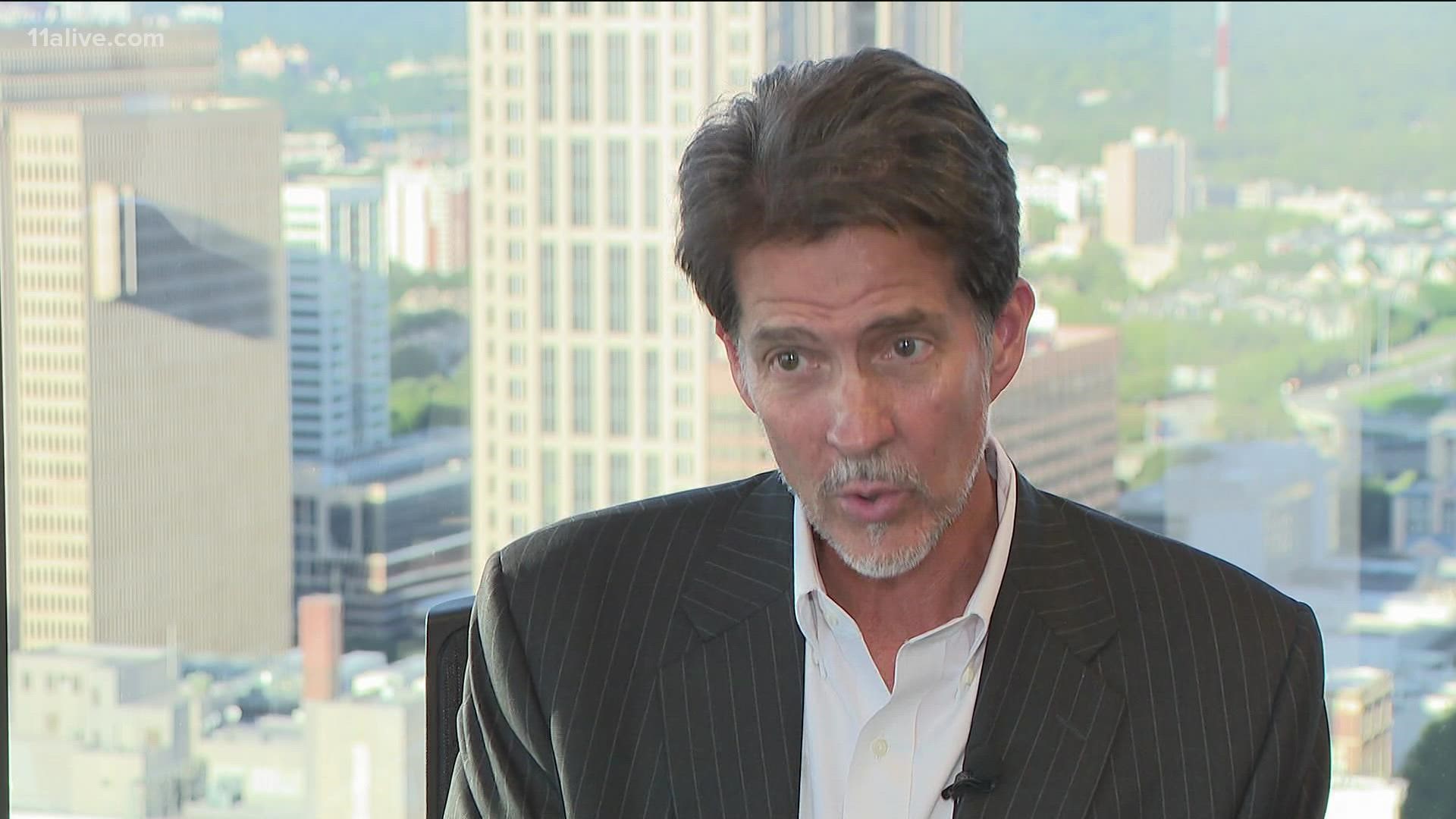 The rules mandate all employers with more than 100 workers require them to be vaccinated or test for the virus weekly, affecting about 80 million Americans. On top of that, the roughly 17 million workers at health facilities that receive federal Medicare or Medicaid also will have to be fully vaccinated.

Biden is also signing an executive order to require vaccination for employees of the executive branch and contractors who do business with the federal government — with no option to test out. That covers several million more workers.

RELATED: How will federal government mandate vaccines at businesses with 100 or more workers?

So, how is that possible? We asked 11Alive's legal expert, attorney Page Pate.

Pate explained there is a basis for the order and the way the Biden administration is trying to enforce the rule is through the Labor Department and OSHA.

"OSHA does have the ability to require businesses, especially large companies to put in place safety regulations, things that will protect the health and security of the people that work there. So, the theory from the Biden administration, COVID's a big risk, vaccinations work as least as far as serious illness is concerned mostly, so we are going to require people are vaccinated or regularly tested as a workplace safety issue," Pate said. "But, there's never been anything like this done before."

Pate anticipates challenges to the order, with some businesses refusing to follow the rule and even suing the government. He said it would be an uphill battle to enforce the regulation.

"When we think about OSHA workplace safety rules, we think of things like making sure the roof isn't falling, masking sure workers who are involved in hazardous duties have masks on, something that's obvious to protect someone's immediate risk of injury. This is very different," he said.

Georgia-based businesses responded in a joint statement praising the requirement.

"Business Roundtable welcomes the Biden Administration’s continued vigilance in the fight against COVID. America’s business leaders know how critical vaccination and testing are in defeating the pandemic,"  the statement read.

Home Depot, which is part of Business Roundtable, said in its own statement it was "evaluating these new developments" and does not currently require vaccinations.

"We're communicating regularly with associates through our internal channels to encourage COVID-19 vaccination, and we provide information and resources to make it easier for our associates to get the vaccine," the statement said.

Pate doesn't believe every company will be on board, and it could lead to lawsuits from CEOs hoping to seek a nationwide injunction.

"The employer might ask to file an action against OSHA, asking a judge to say that this particular requirement you're imposing on us, well you can't do that," Pate explained.

However, big companies may see pushing back on the requirement and filing a lawsuit as a PR nightmare, according to Pate. He thinks medium-sized companies would be more willing to change the order and added that a judge might see the order as a step too far.

As for an employee, Pate said it would be difficult to sue their employer should they be fired for not following the requirement.

"You can't sue over that, especially not in Georgia. We're an at-will state," said Pate. "You're refusal to take a vaccine or test is not a protected class.

In a tweet, Governor Brian Kemp responded to the ord, writing he's prepared to take "every legal option" to challenge the order. But Pate said that would be difficult to do.

"I can't think of a single thing he can do legally to protect that. He doesn't have the standing to file a lawsuit like a private business would. OSHA's not requiring the governor's staff to go get vaccinated. The requirement is placed on private businesses. And the governor can not stand in the shoes of private business and say, 'I'm representing private businesses in Georgia, I'm going to sue you.' Having said all that, there's not much to prevent someone from filing a lawsuit. So, could he have the attorney general file some declaratory judgment action in federal court, I guess he could, I don't think there's a legal basis for it, though," Pate explained.

He added, "Everybody going's to be suing everybody and it will be up to some federal judge to sort through that."