“Now they’re telling you that if you serve a pre-packaged sandwich from 7-11, that you’re no longer a public health threat," TBNA President Michael Klein said. 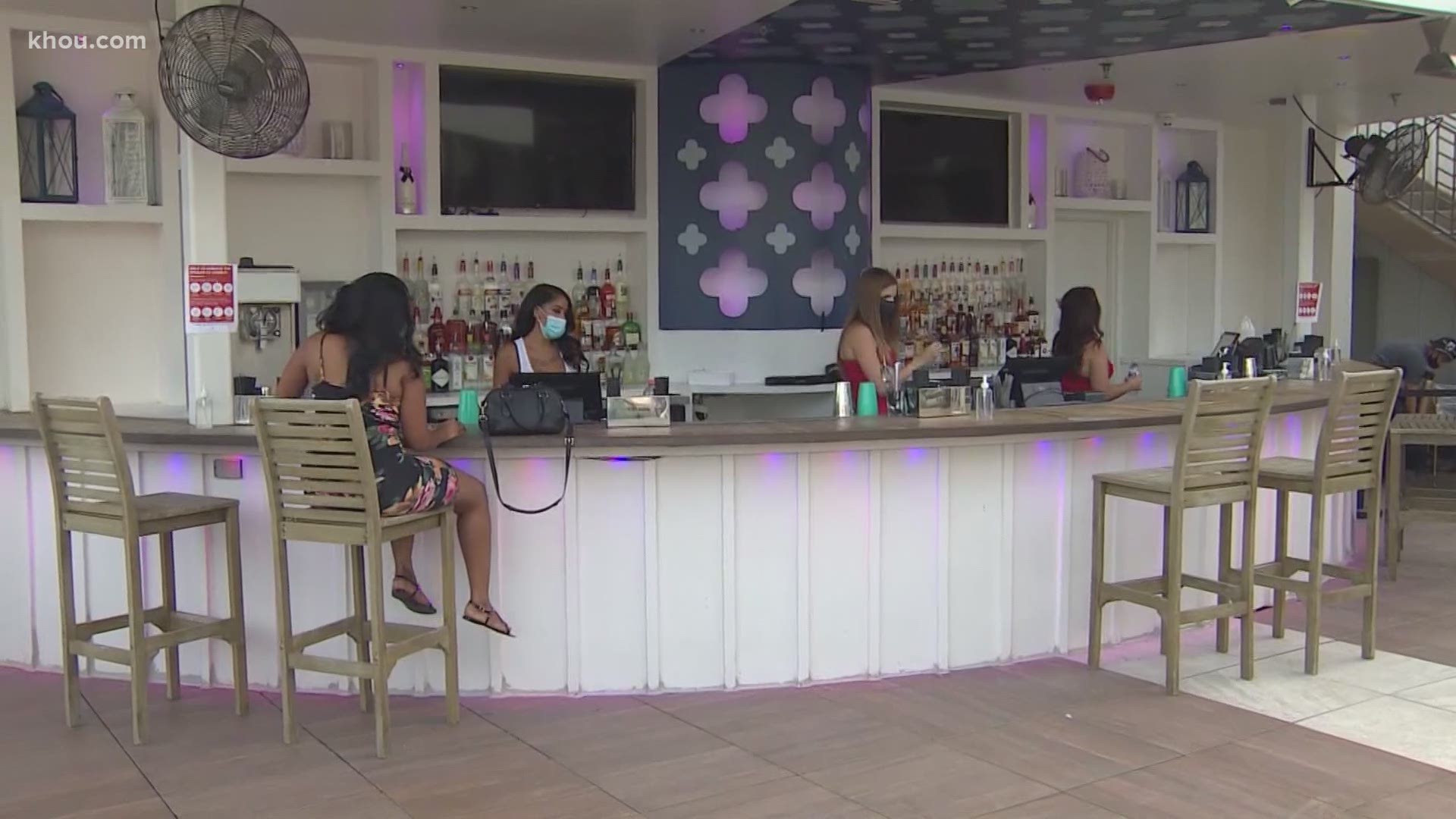 HOUSTON — Adding more chairs and touch-free menus, it's the final touches for 77 Degrees.

“Everybody is trying to make it work, do what they can. We are doing the same," owner Darren Van Delden said.

Once a bar, Friday, they reopen for the first time since June as a restaurant.

“It's unfortunate as a whole for the staff, but we’re just trying to make it work," Van Delden said.

Van Delden has reopened 13 of his 16 bars as restaurants. The remaining three have been closed and, after Gov. Greg Abbott’s announcement Thursday, are staying closed.

“(We) are not only disappointed, but pretty angry about the announcement from anti-business Abbott yesterday, although we're not surprised because he’s been defective in his leadership since March, since the beginning," Texas Bar and Nightclub Alliance President Michael Klein said.

RELATED: Reopening Texas: Most businesses in Houston region can expand to 75% capacity; bars not included

“Now they’re telling you that if you serve a pre-packaged sandwich from 7-11, that you’re no longer a public health threat," Klein said.

But Abbott’s decision does have some support from healthcare leaders like Dr. David Callendar.

“I think that’s an appropriate thing to do at this point. I know it won't make my friends who are bar owners very happy," President & CEO of Memorial Hermann Health System Dr. David Callender said.

Even the Texas Medical Association said the riskiest thing a person could do, above going to a large concert and a sports stadium, is go to a bar.

“We know that we had an issue with bars previously based on the metrics that we were following," Callender said.

But for bars, there’s no hope in sight.

“We're just waiting it out, doing the best we can. Where we can adapt to the restrictions, we’re trying to do so," Van Delden said.