Austin's health authority said he is pushing for a slow and steady approach to bringing students back on campus, starting at 25% capacity. 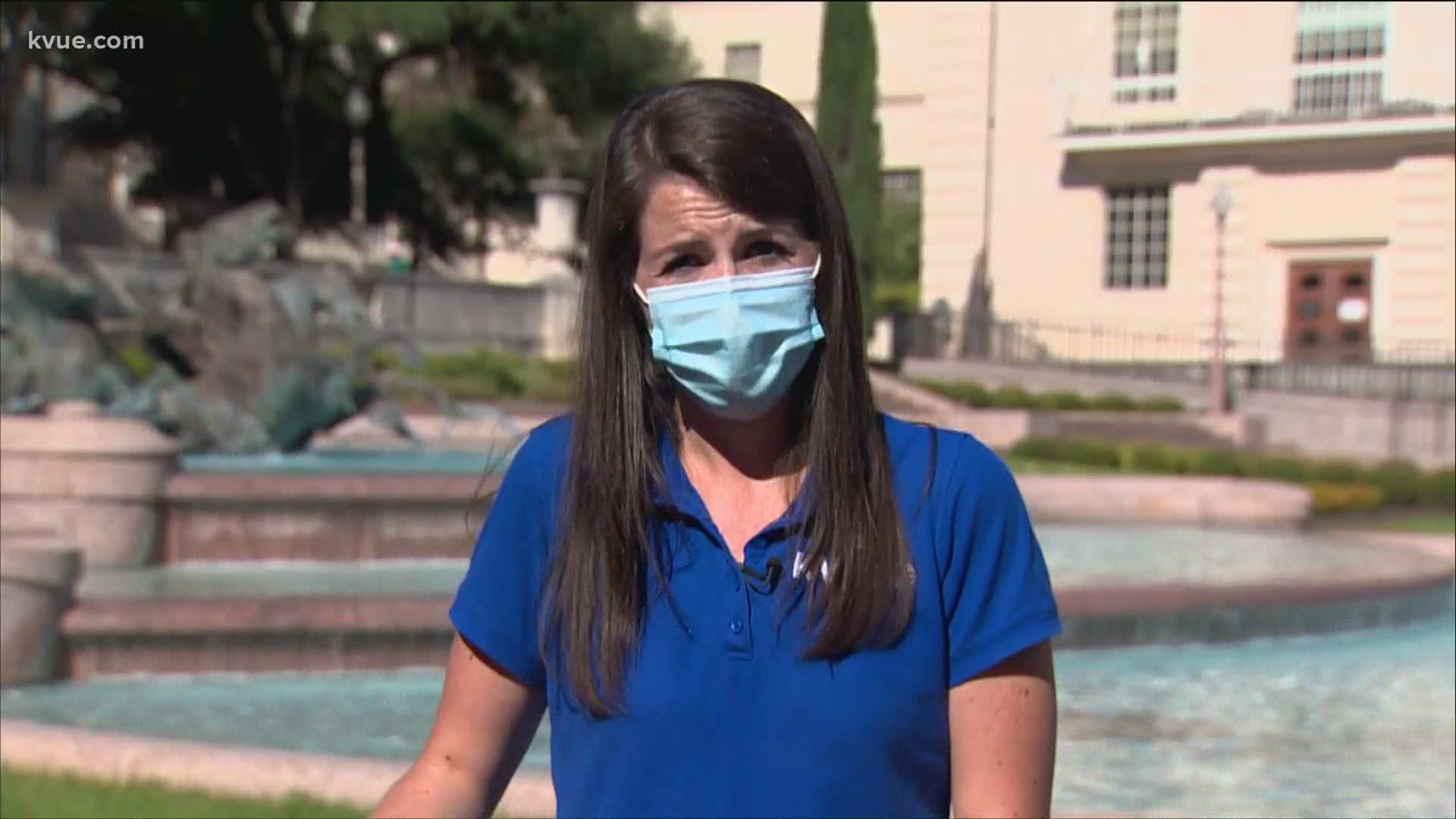 AUSTIN, Texas — Several school districts in Central Texas have started remote and in-person classes. Next week, many students at the University of Texas at Austin will return to campus, and Austin's top doctor said, "There's no doubt we're going to see cases associated with schools and universities."

At the City's weekly coronavirus press conference Aug. 19, Austin health officials repeated their advice to the community that Austinites should not let their guard down and to continue staying home except for essential activities. Austin's top doctor, Dr. Mark Escott, echoed that sentiment.

"I talked yesterday about the fact that we're still on this plateau in terms of new cases," Escott said. "We've got to work harder to push through it because we want to be in a better situation before Sept. 8 comes along and we want to send our kids back to school."

About a week after welcoming students back to campus, Thrall Independent School District in Williamson County reported its first coronavirus case.

On Aug. 26, the fall 2020 semester at UT will begin with remote and in-person classes. Earlier in August, UT President Jay Hartzell said nearly 45% to 50% of students elected for exclusively online classes. On Wednesday, UT said more than 76% of students will be taking classes online. This number includes students who are doing a combination of both in-person and online.

Additionally, UT reported that 60% of faculty are teaching online.

While UT usually sees about 7,000 students sign up to live in on-campus residence halls, this year, 3,700 students are signed up to live on campus starting this fall.

Because UT is primarily online, it said there will be a "dramatically reduced number of people on campus."

Austin's health authority said he is pushing for a slow and steady approach to bringing students back on campus, starting at 25% capacity.

The health and safety requirements laid out discuss things like mask-wearing and social distancing.

For instance, if students refuse to wear a mask and/or force class to be canceled, they'll face disciplinary action. If it keeps happening, they could be suspended.

Guidelines say masks are mandatory inside UT buildings, with some exceptions, like if a student is eating at a dining hall or is in their dorm room. While encouraged, masks are not required outside.

UT said UTPD would step in if a visitor is on campus and not following the rules. It said the visitor will be reminded to comply, and if they still refuse, officers will escort that person off campus, and they could face a citation.

UT said students were reminded there should not be parties and to follow state and city orders. However, if a party takes place off-campus, UT said that would fall under the City's jurisdiction. The City says people should call 311 with any suspected violations.

For UT and other colleges, Escott said there's much more concern for the faculty and staff because students usually don't experience as severe reactions to COVID-19.

"My position in the past on this has been let's make sure that we can have two football teams that can play one another on the weekends with nobody in the stands. And if we can do that successfully, then let's discuss if and how many people we can put in the stands," Escott said. "You know, I think 25,000 is too many."

For those who are placed in quarantine, Escott said APH has had "situations here where we've investigated cases and people don't stay in quarantine for the 14-day period from the last exposure to that case." He urged those who are put in quarantine to stay in isolation the full 14 days even if they test negative because they could still develop the disease within that time period.

During the press conference, the City addressed a backlog issue that has been reported in the state.

The number of new cases reported in Austin in the past week has been elevated due to backlogs in reporting. So, without the numbers from that backlog, how many new cases are we really seeing and how much closer are we to stage two levels?

An APH official said that on Aug. 13, the APH received 2,200 new lab reports that the city is still trying to process through. She said the "vast majority" of those reports have been cases that were older than two weeks, some dating back to April.