Gov. Abbott says new restrictions placed on bars and restaurants in Austin-Travis County are in violation of his executive order. But local leaders say they are not. 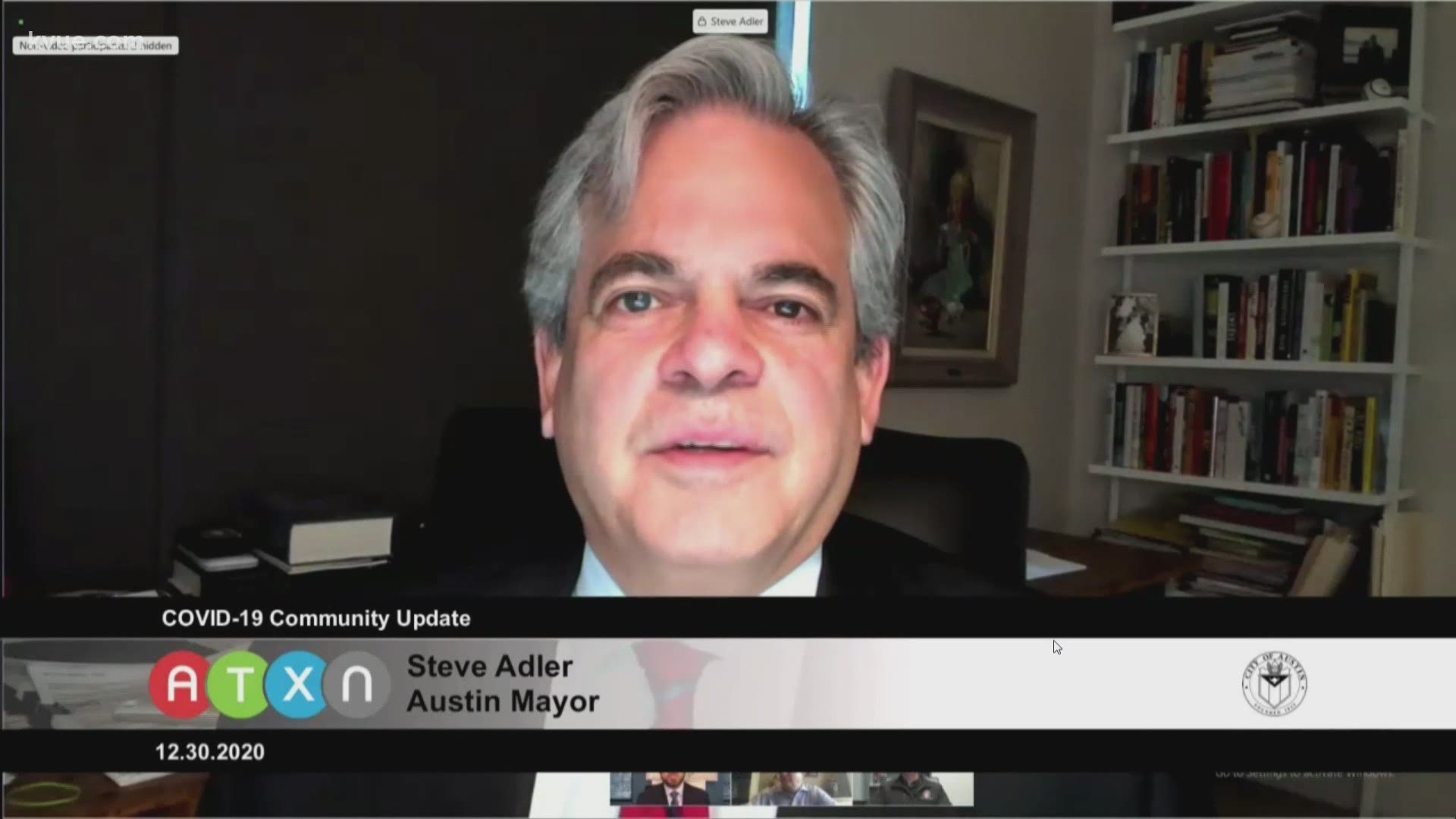 On Tuesday, Austin-Travis County officials issued new orders that will prohibit bars and restaurants from operating dine-in services on nights around the New Year's holiday. Starting on Dec. 31 at 10:30 p.m. and through Jan. 3 at 6 a.m., all dine-in food and beverage services will be restricted from 10:30 p.m. to 6 a.m., to help stop the spread of the coronavirus.

Venues that serve food and drink will still be allowed to operate during that timeframe if they use drive-thru, curbside pick-up or delivery services. The change also applies to any venue serving food or drink from an onsite kitchen, food truck or catering service.

However, Abbott said the change isn't allowed under any circumstances.

"This shutdown order by Austin isn't allowed. Period," Abbott tweeted Tuesday night. "My executive order stops cities like Austin from arbitrarily shutting down businesses. The city has a responsibility to enforce existing orders, not make new ones."

My team and I are preparing decisive action against @austintexasgov and @TravisCountyTX. They issued their illegal shutdown orders late last night, right before a holiday in a shameless attempt to game the system and run the clock.

“Mayor Adler and Judge Brown do not have the authority to flout Gov. Abbott’s executive orders by shutting down businesses in Travis County and our state’s capital city,” said Paxton.

KVUE took a closer look at the governor's most recent executive order to see whether the City of Austin and Travis County are in violation.

Under the governor's order, restaurants that have less than 51% of their gross revenue from alcohol sales and whose customers eat or drink only while seated can offer dine-in services. Bars with a Texas Alcoholic Beverage Commission (TABC) permit may also offer on-premises services up to 50% capacity. The capacity limit only applies indoors.

However, Austin Mayor Steve Adler and Travis County Judge Andy Brown say they are not in violation, according to lawyers. During a press conference Wednesday morning, both leaders addressed the legality of the orders.

Both @MayorAdler and @TravisCoJudge say these curfew orders are the most "narrowly tailored" way they could go about acting on what health officials have recommended to them. #Austin #COVID19

"Lawyers are telling us that it does not violate the [executive] order because it's just an operational constraint," Adler said. "And the reason that we're doing this is because it focuses on the activity where people are together without wearing masks. And that's what the experts tell us is the single biggest point of potential risk, so we have a narrowly tailored order that focuses on operational change to protect against the most dangerous situation that we can control."

"This order that we have ordered is the most narrow order that we could think of to address the thing that Dr. [Mark] Escott and Dr. [Stephanie] Hayden and the other doctors are telling us is needed. And that is to stop people from going to bars where they take off their mask and talk to people and get close to people with whom they don't live," Brown said. "It is the most narrowly tailored thing that we could think of that will address the exact needs and requests of what Dr. Escott and the scientific community are saying we should do to get through COVID."

Adler told KVUE a court will make a decision on the order on Thursday.

Last month, the governor did not take action against a similar Thanksgiving weekend curfew imposed in San Antonio and Bexar County.

You can read the City's order here and the County's order here. To read Abbott's most recent executive order in full, click here.

You can watch the Austin-Travis County press conference regarding the new orders below:

When can Texans in Phase 1B get the COVID-19 vaccine?

Frustration, confusion over COVID-19 vaccine administration for Texans in Phase 1B