As testing has increased in Travis County, so has the time it takes to get the results. 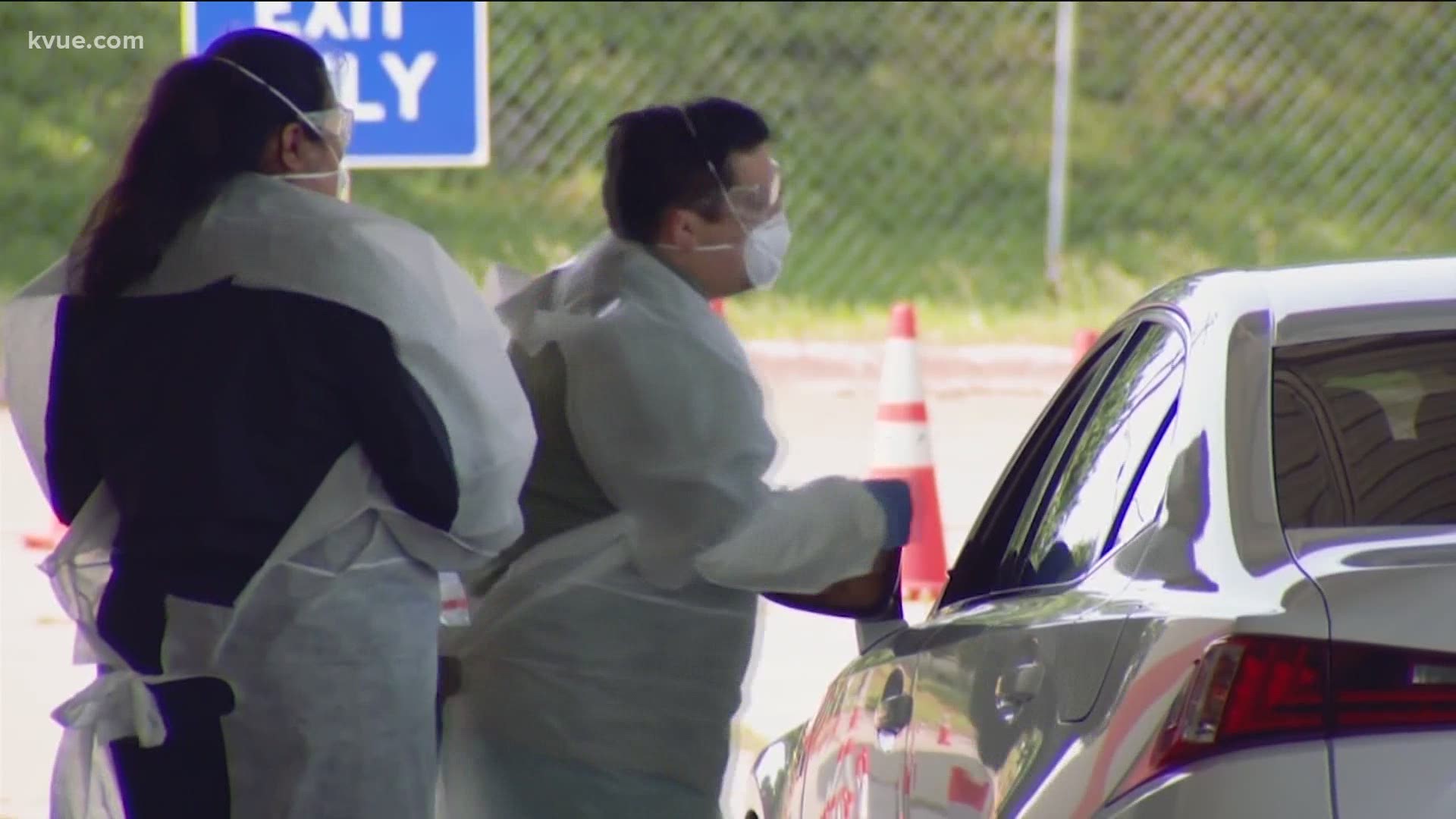 Dr. Mark Escott reported it’s taking anywhere from seven to 10 days for potential COVID-19 patients to find out their results, which means people could even be recovered from the virus before finding out they had it.

From June 7 to July 6, testing increased by 78% in Travis County. But labs aren’t keeping up with the demand, which makes it a challenge to slow the spread of the virus.

RELATED: 'We were waiting too much time' l Delayed test results can delay treatment for some very sick COVID-19 patients, UT doctor says

“The lag time in test results is holding steady and perhaps getting a bit worse,” Dr. Escott said. “The test results are relatively useless for us because the purpose of the testing is to identify the contacts, to isolate the positive person, their contacts, get their contacts tested to box it in.”

The local testing sites work with some national laboratories, including LabCorp and Quest Diagnostics.

LabCorp told KVUE in a statement it’s doing everything it can to continue delivering testing results quickly, and it plans to increase the number of tests it does per day by mid-July.

Quest Diagnostics said in a statement that demand has been rising nationwide since late June, especially in the south, southwest and west, which has decreased the testing turnaround time. The company is also working to increase testing capacity.

“It's really difficult for us to tell if things are getting better or not because we're not getting the turnaround times that we used to,” Dr. Escott said.

RELATED: Austin health leaders meeting Wednesday to decide whether or not to enter Stage 5

It’s time spent in limbo for people like Erin Chancy, who waited seven days for her results.

“It was a bit nerve-wracking because, obviously, it's something very important going on right now,” Chancy said. “It's a bit frustrating because I couldn't go back to work. I had to stay at home while I waited on that test.”

“The unknown was kind of frustrating,” Zwang said. “Even though there is a lag time, I think it's still important to get tested and having the results.”

While waiting for results, the City of Austin recommends people self-quarantine – but that doesn’t always happen.

“It's very difficult to really push a patient to quarantine,” said Dr. Natasha Kathuria, an Austin emergency medicine physician who works in multiple emergency rooms. “Every patient who is tested for COVID-19 is considered a patient under investigation. And every patient who's pending a test result must completely quarantine as if they're positive until they get their test results.”

One of the slowdowns in the testing results comes from technology. According to Austin Public Health (APH), only some laboratories are electronically reporting results to APH. But nearly all labs, as well as doctors and hospitals, are relying on fax machines to transmit results.

APH recommends letting anyone you’ve been in contact with know while awaiting test results.