Her art is now doing so much more than saying thank you. It’s sharing their stories. 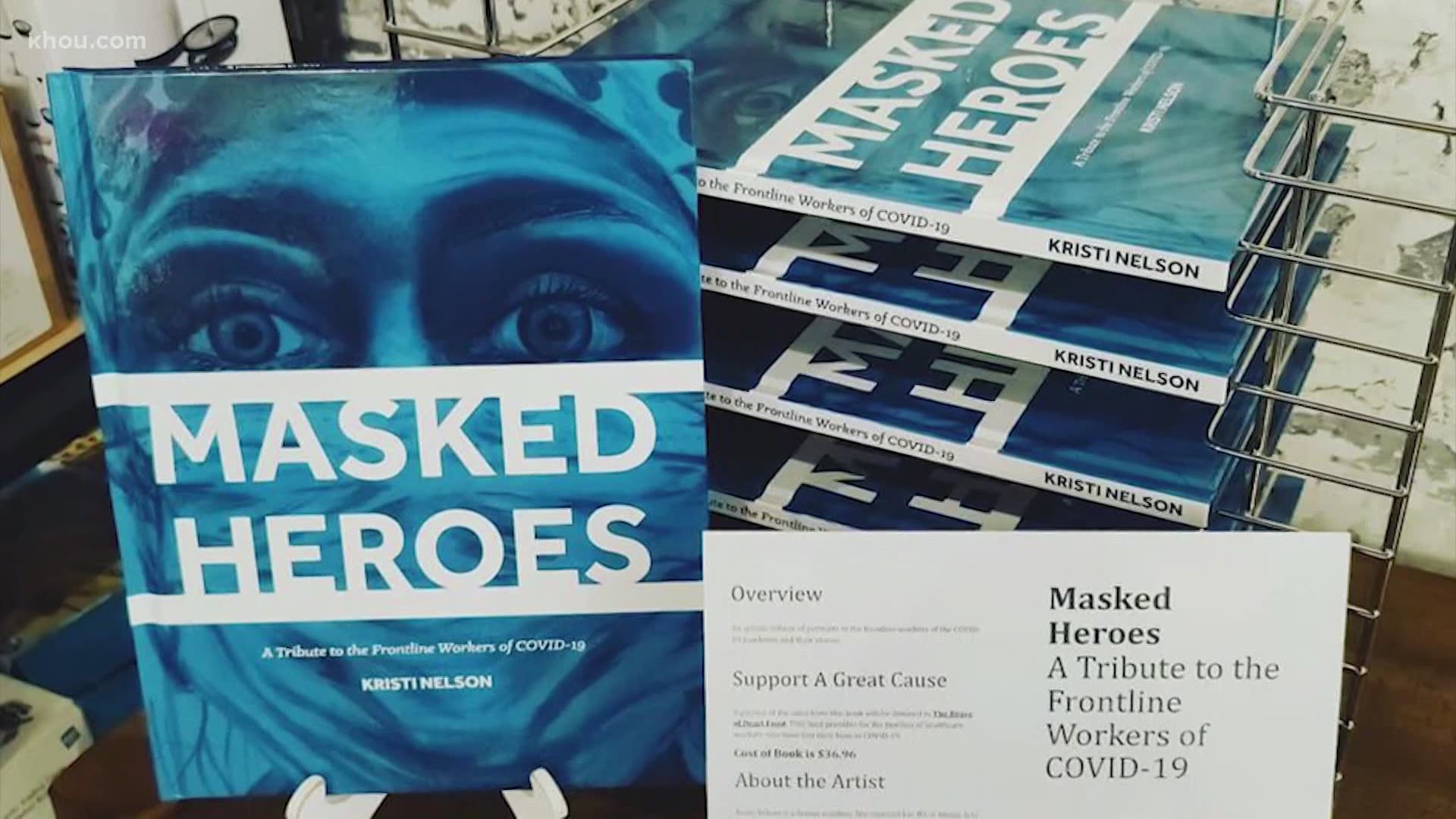 HOUSTON — A Missouri City mom is honoring frontline workers the only way she knows how: through her art.

And now it’s become so much more than a few portraits.

It’s appreciation through art, their courage captured in color. Kristi Nelson began drawing frontline workers back in March as her own way to honor them.

Since then, she’s drawn more than 70 heroes, dedicated a portrait to an entire team at Houston Methodist and partnered with Eugene's to hang them all.

But perhaps her biggest milestone yet is printing these portraits into a book.

“They would tell me some pretty personal stories and kind of use it as an opportunity for like therapy for them, in a way," Nelson said.

Her art is now doing so much more than saying thank you. It’s sharing their stories.

“It’s a way to really bring everybody together in unity so they can read that and read the other stories and to know that they’re not alone, that a lot of other people are going through this with them," Nelson said.

Some of the proceeds are going to families of healthcare workers who have died from the virus.

But that thank you became even more personal when Kristi’s husband came down with COVID-19.

“I just kind of imagined each of them caring for my loved one, and it gave me more of a drive to work on it harder to gift it to them," Nelson said. “Drawing him just kind of gave me the sense of being with him.”

She drew him and now so many others from something that started on the sidewalk.

“I just never thought that would lead here," Nelson said.

It's now a passion with an impact.

“To create something good, because everything has been so stressful for so many people," Nelson said.

For more information on the book click here. You can also find the book at Bean Here Coffee in Missouri City.