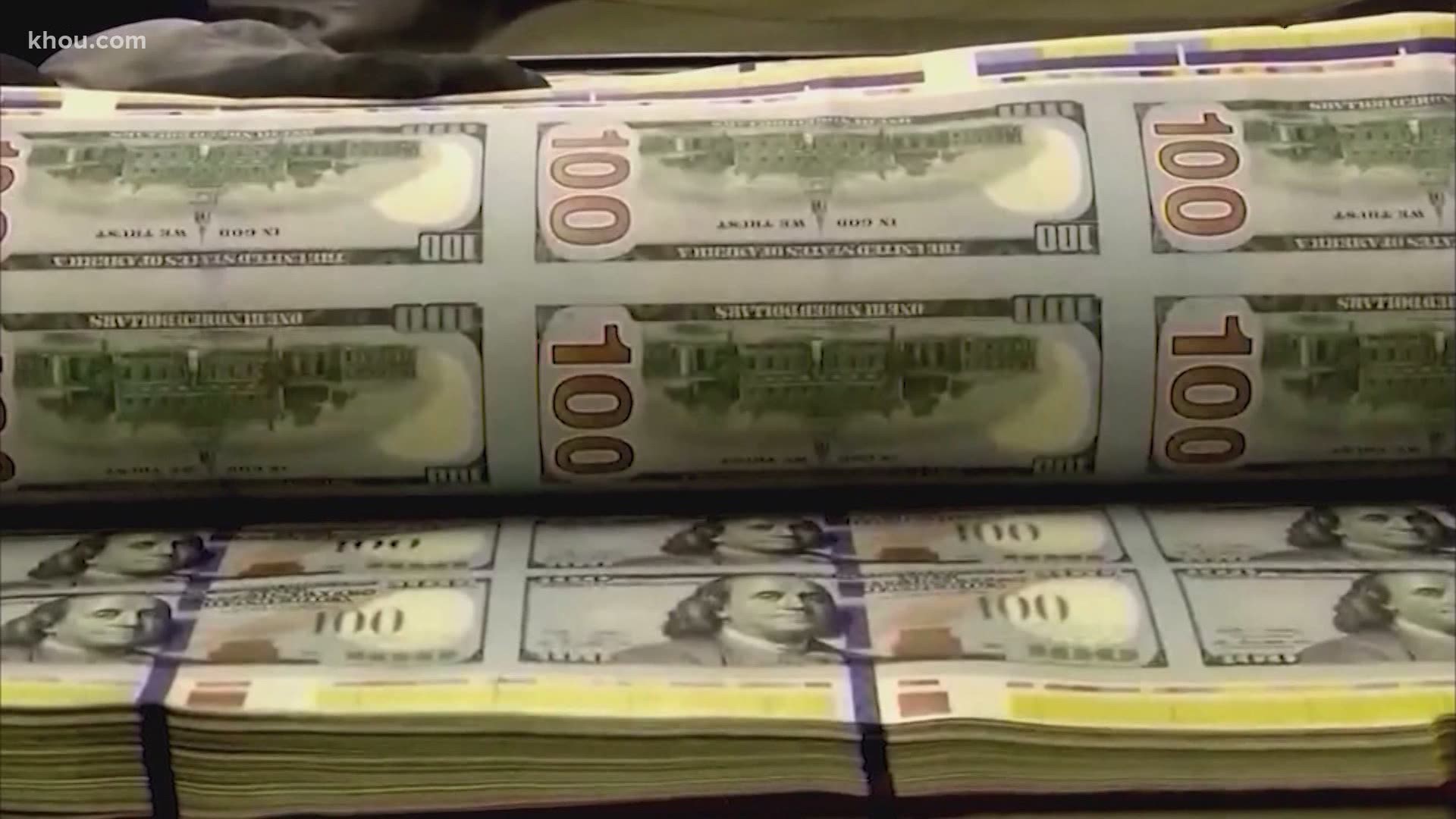 HOUSTON — Congress is hoping to have a new coronavirus relief bill very soon, and that could mean another round of stimulus checks.

After months of gridlock, progress is finally being made.

“We are close to an agreement. It's not a done deal yet, but we are very close," Senate Minority Leader Chuck Schumer said.

The current deal on the table is set at $908 billion -- less than half the total amount of the CARES Act signed back in March.

It includes another round of stimulus checks of about $600 to $700 for most Americans. But some lawmakers are still pushing for more.

“I think it should be $1,200. I think we should do at least what we did in the CARES Act. I mean, listen, working families, they need help, they need support," Sen. Josh Hawley said.

For those who are unemployed, the bill could give an extra $300 a week to partially replace the extra $600 a week that expired this summer.

More than $300 billion could be given in subsidies to businesses, including a second round of “paycheck protection” payments to those who have been hit the hardest.

Other relief in the bill includes help with transit systems, schools and COVID-19 vaccine distribution for states and cities. It would also extend the eviction moratorium and student loan forbearance.

This bill has been all about compromise. Democrats initially wanted to spend $2.4 trillion, but Republicans had the bill topping out at $500 billion.

But what’s clear – and promising – is both parties hope to approve some sort of deal before the weekend. And if this bill passes, it’s possible it won’t be the last COVID relief bill. President-elect Joe Biden has already promised more help next year.