Galveston County Sheriff Henry Trochesset said he believes enforcing social distancing will be 'almost impossible' during the event this weekend. 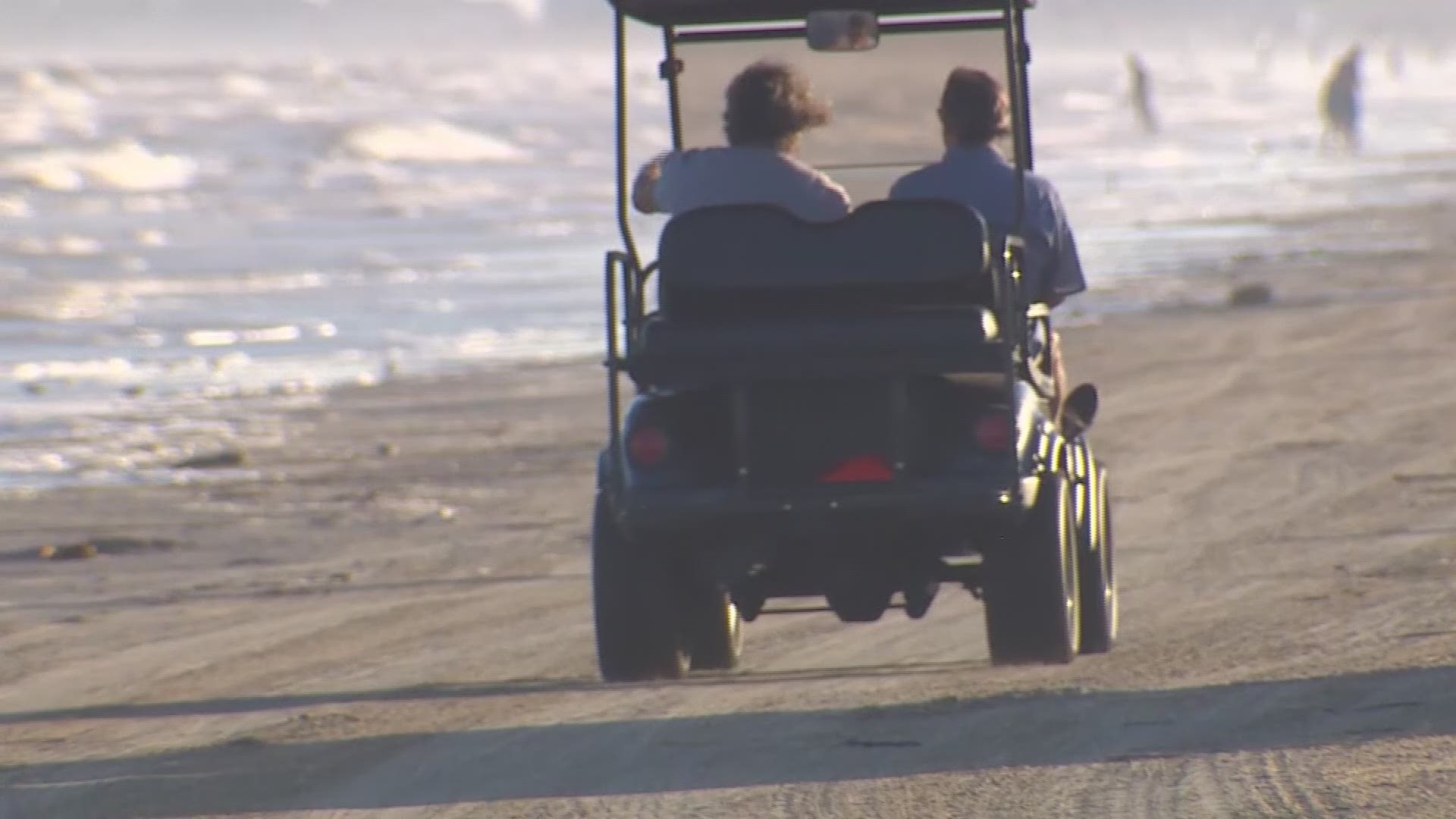 BOLIVAR PENINSULA, Texas — Thousands of partiers are expected to pack the sand of Crystal Beach on the Bolivar Peninsula this weekend for the annual Go Topless Jeep Weekend event, according to Galveston County officials.

Authorities are planning for a crowd as large as in 2019.

Thirty state troopers will be sent to the Bolivar Peninsula to help.

The 2019 event resulted in more than 100 arrests and six individuals flown off the peninsula to hospitals by Life Flight helicopters. Deputies responded to more than 400 911 calls.

Trochesset says the county beaches have been home to a growing number of visitors over the past several weeks. He says most of them have been families and they have been well behaved.

“I’m hoping when these revelers come down here this weekend it’s going to be the same way,” Trochesset said. “You know if you wouldn’t do it in front of your parents and your grandparents don’t come down to the beach and do it.”

The sheriff says his deputies will be providing masks if they choose to wear them but he is not requiring officers to wear them.

He says enforcing any sort of social distancing will be difficult at best.

“I think it’s going to be almost impossible depending on the volume of individuals that come down,” Trochesset said.

RELATED: 'A miracle': Beachgoer recovering after having head run over at 'Go Topless' weekend, mother says