Adopt a teacher! Helping students do well, one teacher at a time

Community members are encouraged to adopt a teacher, not only to fulfill Amazon wish lists for classroom items but also to forge friendships during the pandemic. 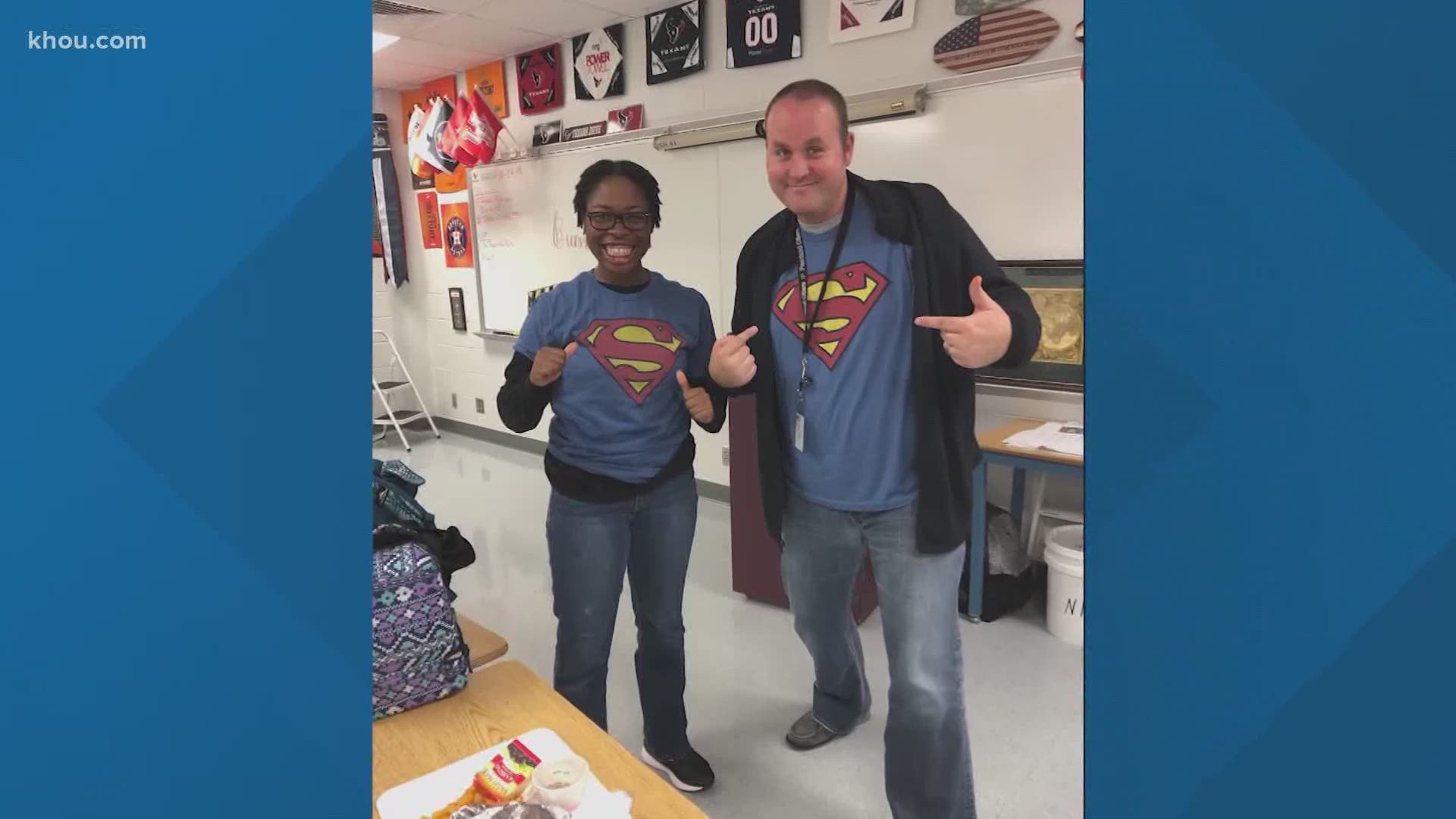 PEARLAND, Texas — In Pearland, there’s an effort underway to adopt teachers, which means the community will be there for them both inside and outside of the classroom.

But this year, as teachers prepare for back to school during the pandemic, it’s not just about helping with back to school items but forging friendships.

“If that teacher does not feel appreciated, they don’t feel their fears, concerns, emotional needs are being met, they are not going to be able to be the teacher that they should be,” Jackson said.

Jackson said within a week of creating the page, more than 1,000 people have already joined. The feedback she’s received is that people want to help the teachers in their community and it’s giving them something positive to focus their energy on.

“Particularly right now, we are asking so much of our teachers,” Jackson said.

Lloyd Hendricks teaches at Pearland High School. He loves his job and admits the pandemic has made it tougher.

“The virtual teaching in the spring was a real bummer,” Hendricks said. “To miss out on those daily conversations and time to chat with the kids, that’s really the best part about the job.”

Hendricks is one of the teachers already adopted.

“I don’t want to say it brings a tear to your eye because I’m a big tough guy,” Hendricks said. “But, if I wasn’t such a big tough guy it would bring a lot of tears to my eyes.”

Jackson said that those willing to help understand that for students to be OK, their teachers have to be too.