Her diagnosis was as surprising as her recovery. Anita Hernandez is back home after six days in the hospital. 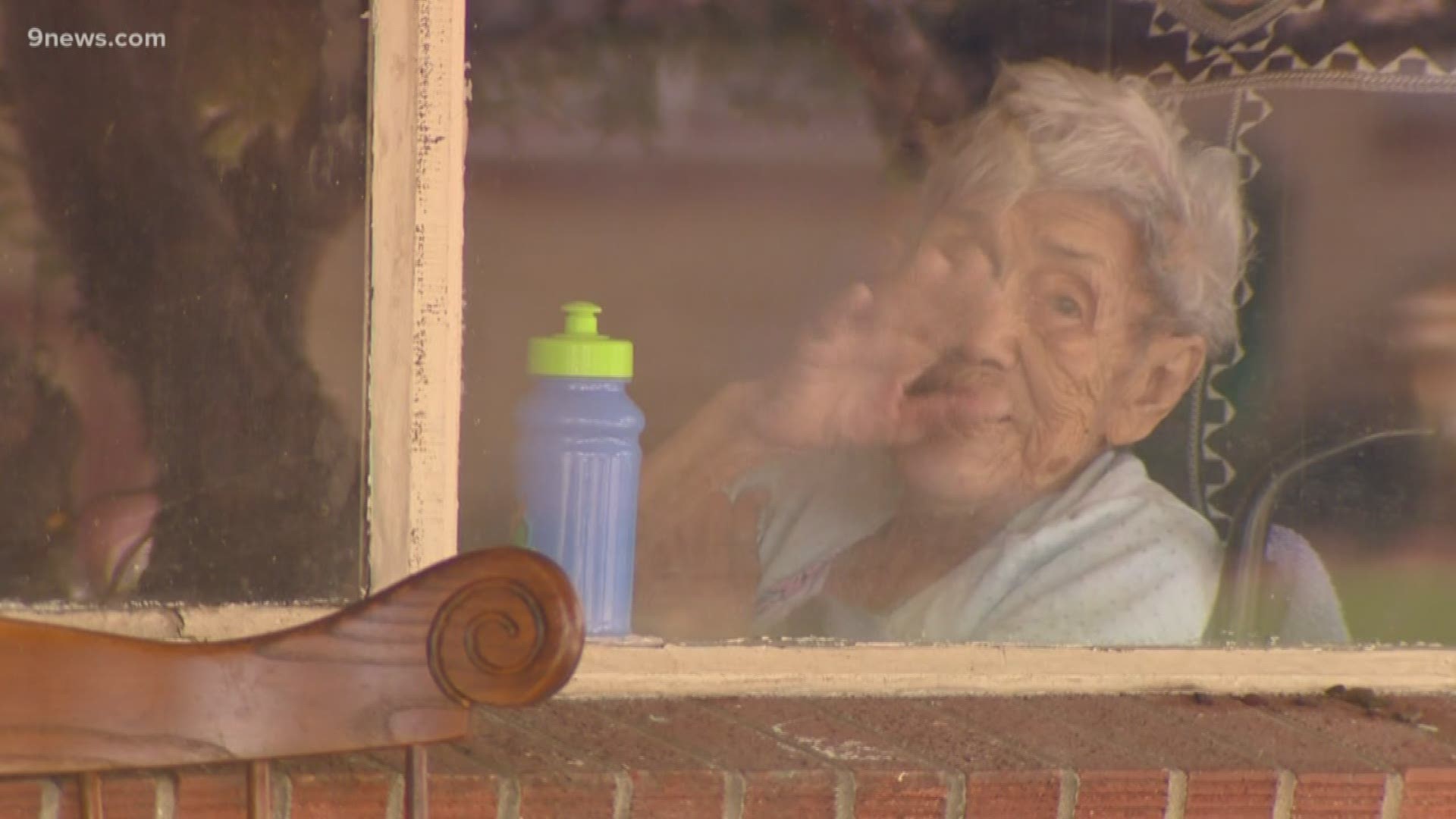 DENVER — Anita Hernandez, 96, watched and waved from her window as two reporters fumbled with cameras and microphones in her front lawn.

"Can you guys hear me?" I asked, speaking into my phone.

Photojournalist Anne Herbst set her shot and framed up Hernandez and her daughter, Pam Romero.

“Can you hear him OK?" Romero asked her mother in the wheelchair. "He’s talking to you right there," she pointed to the reporters outside.

I asked Hernandez over the phone how she was feeling and watched her answer through the window.

“I’m doing good, thanks to the good Lord," she said over speakerphone.

RELATED: Coronavirus through the eyes of a doctor

COVID-19 hasn't kept us from making connections or meeting people like Hernandez who are so welcoming, even when they're behind a window.

“If you guys would have come in right now, [my mom would] tell you, ‘want some coffee? Tortillas? And beans?’" Romero said. "She would get up and make them for you.”

We weren't about to ask the 96-year-old to get up for anything, but we're pretty sure she was more than capable. Hernandez is tough.

“She has that superwoman power strength in her," Romero said.

She was strong enough to be back home after spending six days in the hospital. She started feeling unwell on March 18. Two days later, her family took her to Porter Adventist Hospital fearing she'd had a stroke.

“She was in the hospital for that week and she was really sick," Romero said.

She was so sick, doctors gave her a test for COVID-19.

“They diagnosed her with having coronavirus," Romero said.

Romero said her mother was on oxygen and family wasn't able to visit. They grew more worried after the hospital called and told the family to prepare for the worst.

Before they had time to process the bad, good news came.

“We called down to the hospital and they said 'she’s feeling better' and we’re like 'what?'" Romero said.

“It’s like, I can’t even believe what happened," Romero said.

On Monday morning, Hernandez was still under quarantine with her family at her home. She's feeling stronger every day.

"Why is it important to hear your mom's story?" I asked Romero over the phone.

“To give other people hope. You know, that it’s not a death sentence," she said.

Anita Hernandez proves there's life after COVID-19, even at 96.

"This is a wonder woman,” Romero said, patting her mother's head.

RELATED: FAQs: Answering your questions about the coronavirus