750,000 medical masks sit in Houston warehouse due to price-gouging allegations

The masks were up for auction until a stop was placed on their distribution due to price-gouging allegations. 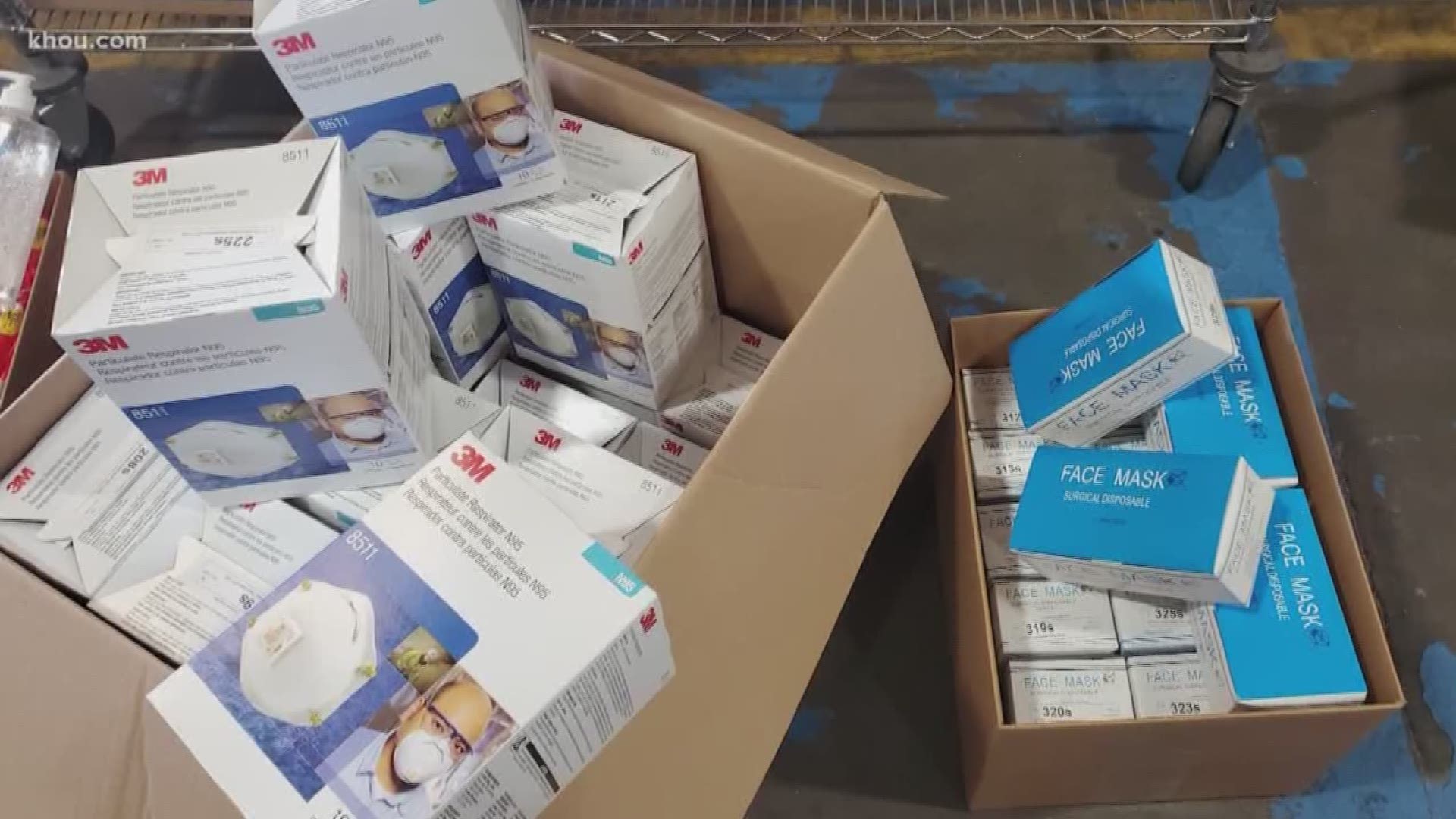 HOUSTON — As Texas Medical Center hospital workers and first responders are dealing with a critical shortage of personal protective equipment, there are 750,000 medical-grade masks sitting in a Houston warehouse in limbo.

The masks were up for auction until Tuesday when a stop was placed on their distribution due to allegations of price gouging by the Texas Attorney General’s Office.

The auctioneer said he is now caught in the middle and wants someone to tell him what he is supposed to do with nearly a million masks.

“The people that need them, we’ve got to get it to them,” auctioneer Tim Worstell, of Houston’s Auctions Unlimited, said. “To me, that’s 99% of the buyers in this sale.”

Worstell said he and his family have received death threats since he was consigned to perform the auction of the surgical and N-95 masks and sanitation products.

He said the handful of sellers who contracted him are reputable businesses but they do not want to be identified publicly. Worstell said he has done business with them before and has even auctioned lots of surgical masks for them in the past.

This auction was different.

“If I’d have seen it coming I definitely wouldn’t have done it,” Worstell said. “This is a small percentage of my business, and it has not been worth it, to say the least.”

The final prices of the lots were varied but all of them sold above retail value.

Worstell said his commission for the sales would have amounted to close to $40,000, but in retrospect, he still would not have done it.

He isn't able to collect a dime from the buyers for the sellers, and the masks can't be given to the winning bidders or anyone else who needs them for that matter.

KHOU spoke with several of the auction winners Wednesday who asked to remain anonymous.

Each of them said they bought the masks to give away to local hospital workers, nursing homes, first responders and at-risk family members.

“Now, the problem is all of these people who desperately need them ... They (the masks) could have been on these peoples’ faces already, protecting them, and they are just now sitting in our warehouse,” Auctions Unlimited office manager Shannon Stone said.

Worstell received a demand letter from Texas Attorney General Ken Paxton’s Office on March 20, instructing him to discontinue all sales of the masks.

The letter accuses Worstell of price gouging during an emergency.

Worstell said he has been calling the investigator to find out what he is supposed to do with all of the masks now that the auction is closed.

He said nobody will call him back.

“We’re just waiting on the attorney general’s office,” Worstell said. “Can we let these facemasks go to the people who desperately need them, or can we not?”

KHOU called the Texas Attorney General’s Office on Wednesday to find out what the auctioneer should do with the critical PPE now in his possession.

The AG's Office could not confirm or deny any ongoing investigations, a spokeswoman stated in an emailed response, which states the office has received a total of nearly 2,200 COVID-19-related price gouging complaints.

Worstell said he’s cooperated with the Houston Police Department which came to his business to create a report and take photographs.

Without answers, Worstell is sitting and waiting with 750,000 medical masks. 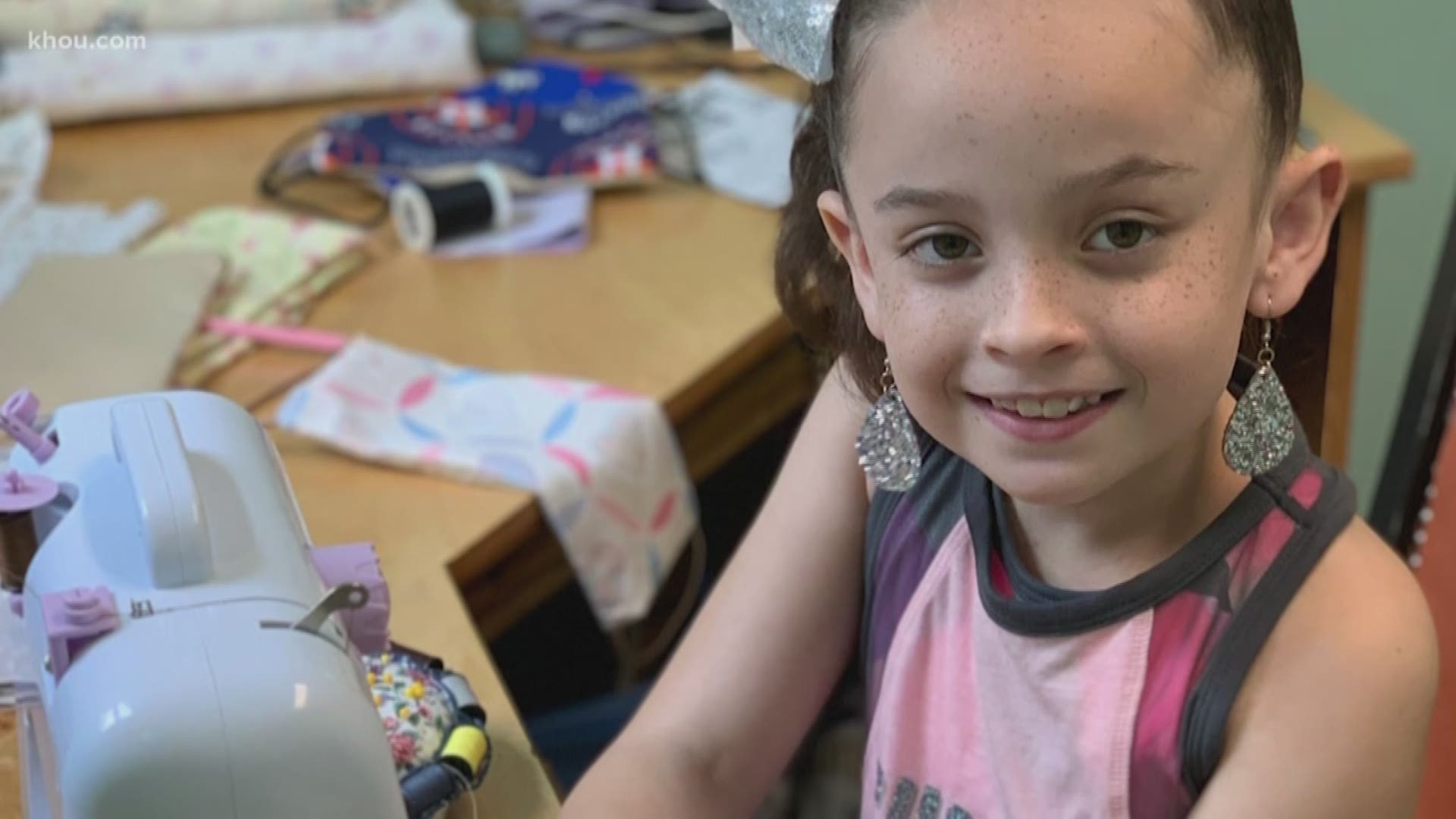 RELATED: VERIFY: CDC, WHO do not recommend homemade masks