Officials banned gatherings of more than 500 people began at 11 a.m. Friday and will last at least one week. 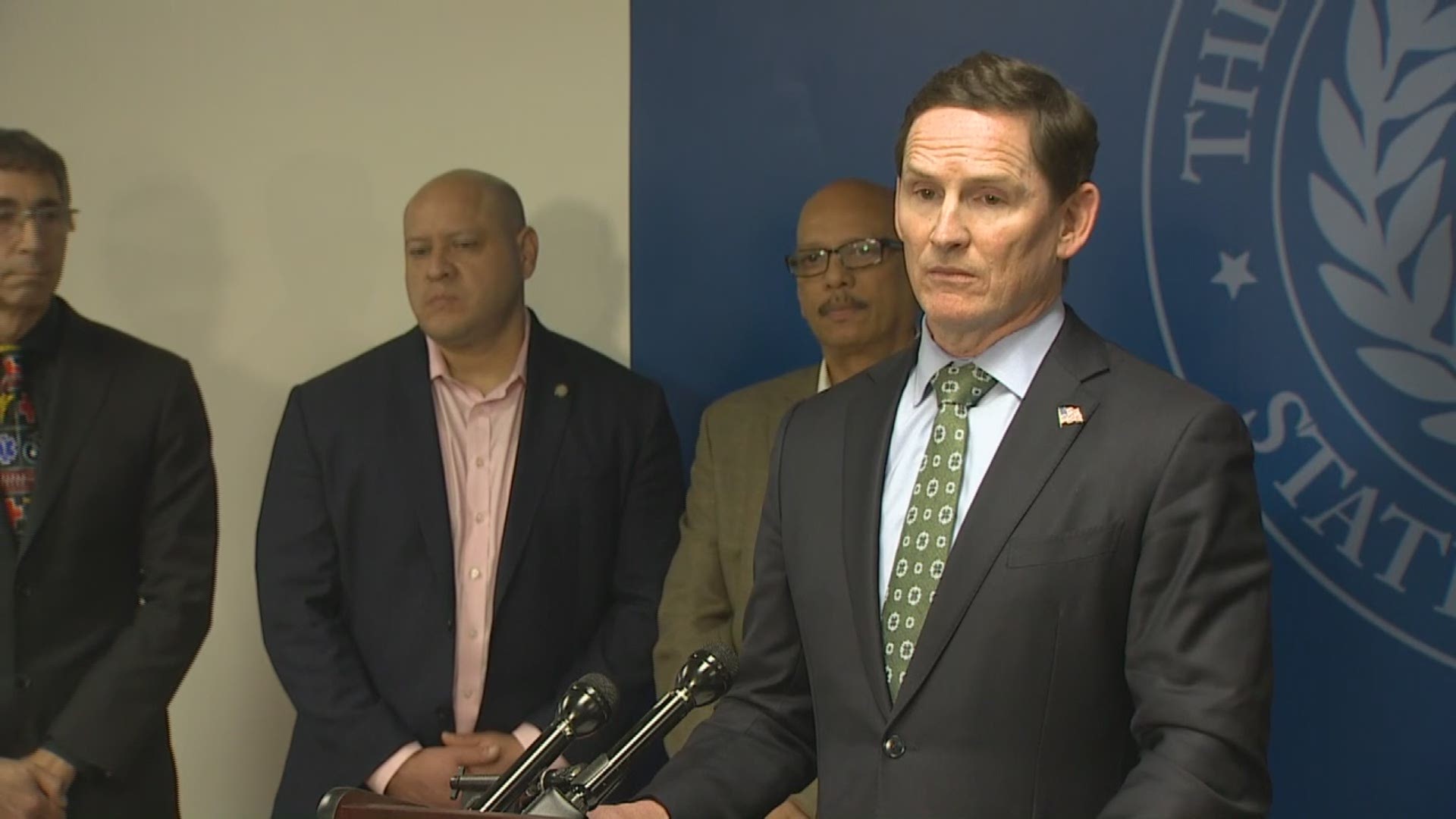 Dallas County officials declared a local disaster Thursday night in response to the COVID-19 pandemic that has swept the world and has infected 13 people so far in North Texas.

During a late-night news conference, Dallas County Judge Clay Jenkins also confirmed that there are five additional "presumptive positive" cases of the novel coronavirus in the county. Those tests will be sent to the Centers for Disease Control and Prevention for confirmation.

Dallas County health officials said one of the new cases appears to be a result of "community spread," meaning that the person had not recently traveled out of the country.

The new "presumptive positive" cases are:

Two of those people are currently hospitalized and the other three are isolating themselves at home, Jenkins said.

As a part of the local disaster, Dallas County will ban gatherings of more than 500 people. That order went into effect at 11 a.m. Friday. It stays in effect through 11 a.m. March 20, unless it’s extended.

"It's imperative that the public do their part in following this community gathering order. I know Dallas County is up to the challenge," Jenkins said. "Our people always rise to the challenge, just as we have in tornadoes and crises before this. I have confidence in all of you."

Dallas Mayor Eric Johnson signed the declaration for the City of Dallas as well.

Johnson held a news conference Friday morning to discuss the city's preparation and response to COVID-19. He started the news conference by saying the proclamation was a necessary step to protect the community from the novel coronavirus.

"We must act now to slow the spread," he said. "We know taking precaution immediately will save lives, especially our most vulnerable residents."

City council members will hold a virtual meeting on the morning of March 18  to decide whether to extend the local state of disaster.

Dallas County health officials will also brief the city council during the meeting.

The mayor continued to stress for residents to practice social distancing and preventative measures.

“The number of cases this virus is more lethal than the seasonal flu, but there is no reason to panic. We have a plan to slow the spread of this virus," Johnson said.

This order is not a prohibition, but Jenkins said that "Dallas is a very responsible place, and I have no doubt that the people who live in Dallas County will comply."

As far as testing goes, Jenkins said that there are not enough tests in Dallas County — or anywhere in America — for everyone who wants a test to have one.

"It is our goal as a health community to make that happen as quickly as we can," Jenkins said.

Dr. Philip Huang, the director of Dallas County Health and Human Services, said hospitals in other countries have been overrun with patients.

The Dallas ordinance is meant to "slow this down so that our health care system isn't overwhelmed."

The local disaster declaration will allow Dallas County to receive state and federal money to help with the disruptions because of the new coronavirus.

Download our free WFAA app to stay up-to-date on all news stories in the Dallas-Fort Worth area.